New particle formation (NPF) is the dominant source of aerosol particles in the atmosphere and plays an important role in the global climate (Kulmala et al., 2013). NPF events has been observed in various places around the world (Kulmala et al., 2007). Arabian Peninsula has one of the highest aerosol burdens due to dust storms, local petroleum industry, traffic and advection from southern Asia. Here we present results of new particle formation event analysis from the first full year of measurements in the new measurement station in Hada Al Sham, Saudi-Arabia.

The background station in Hada Al Sham (21.802° North, 39.729° East, 254 m a.s.l.) was founded at the end of 2012 on an agricultural test field 60 km to southeast from the city of Jeddah. The terrain around the station is arid desert with very scarce yearly precipitation. There are no local pollution sources. Main instrumentation include: PM2.5 and PM10, number size distribution (7 nm - 10 μm) and total concentration, absorption and scattering coefficients, and the basic weather parameters.

Table 1. Reclassification of the event days (classes I and II). G is clear growth, S is clear shrinkage, G + S is both growth and shrinkage and unclear is not clear in either way. 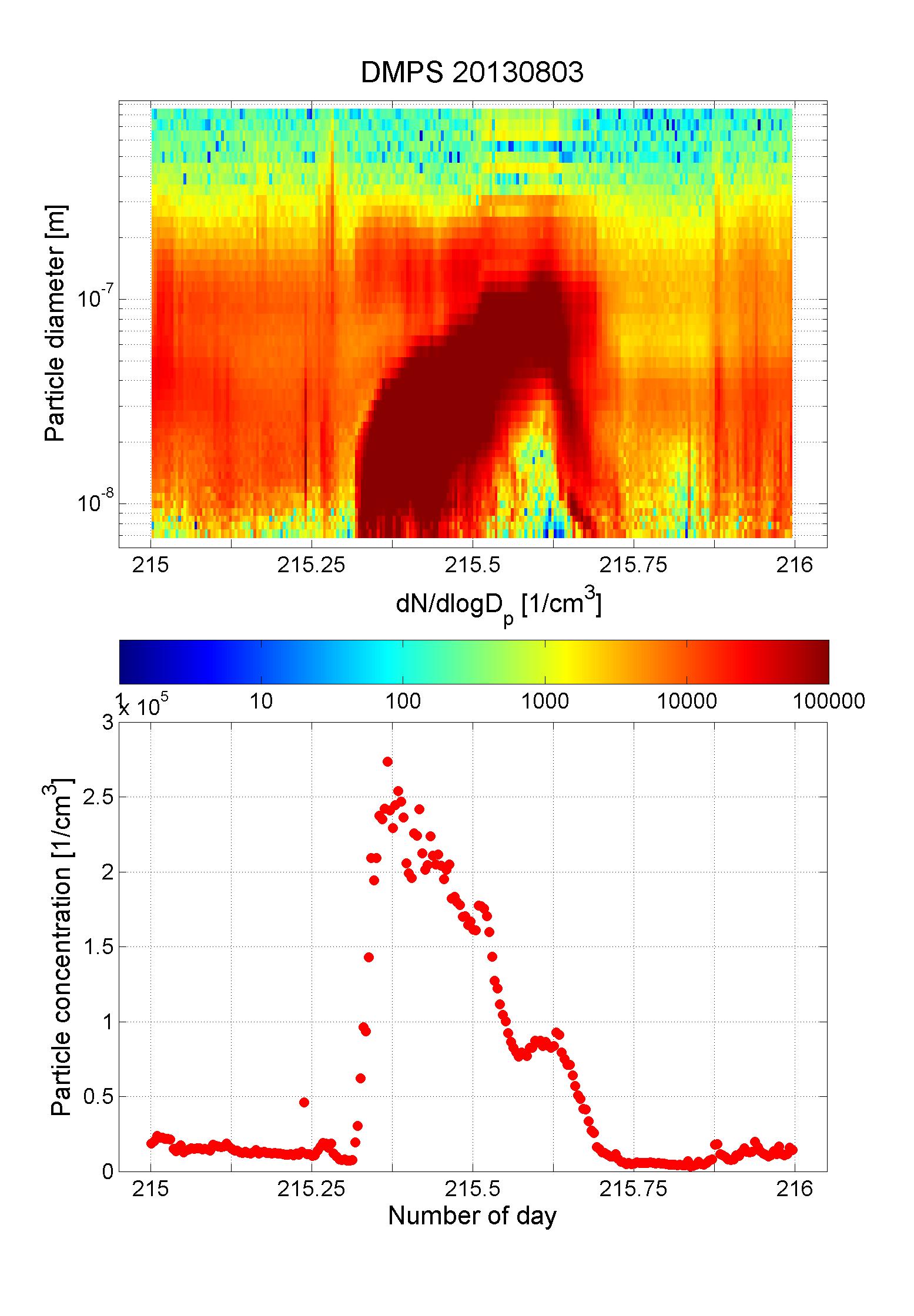