We present measurements from the Cassini Radio and Plasma Wave Science/Langmuir probe (RPWS/LP) instrument of the electron density in the ionosphere of Titan from the first ~100 flybys (2004-2014). After more than 10 years of measurements a good number of measurements exists from Titan’s ionosphere. This allows for statistical studies of the structure of Titan’s ionosphere. The electron density has been shown to vary significantly from one flyby to the next, as well as on longer time scales and here we discern some of the reasons for the observed ionospheric variability. Firstly, following the rise to the recent solar maximum we show how the ionospheric peak density, normalized to a common solar zenith angle, Nnorm clearly varies with the ~11-year solar cycle. Nnorm correlates well with the solar energy flux Fe and we find that Nnorm ∝ Fek, with k = 0.54 ± 0.18, which is close to the theoretical value of 0.5. Secondly, we present results that indicate that the ionospheric density in the topside ionosphere (altitude range 1200-2400 km) are generally significantly increased, roughly by a factor of 2, when Titan is located in the post-midnight sector of Saturn, i.e. at Saturn local times 00 - 03 h, compared to other local time sectors. We suggest that this increase could be caused by additional particle impact ionization from reconnection events in the Saturn tail. 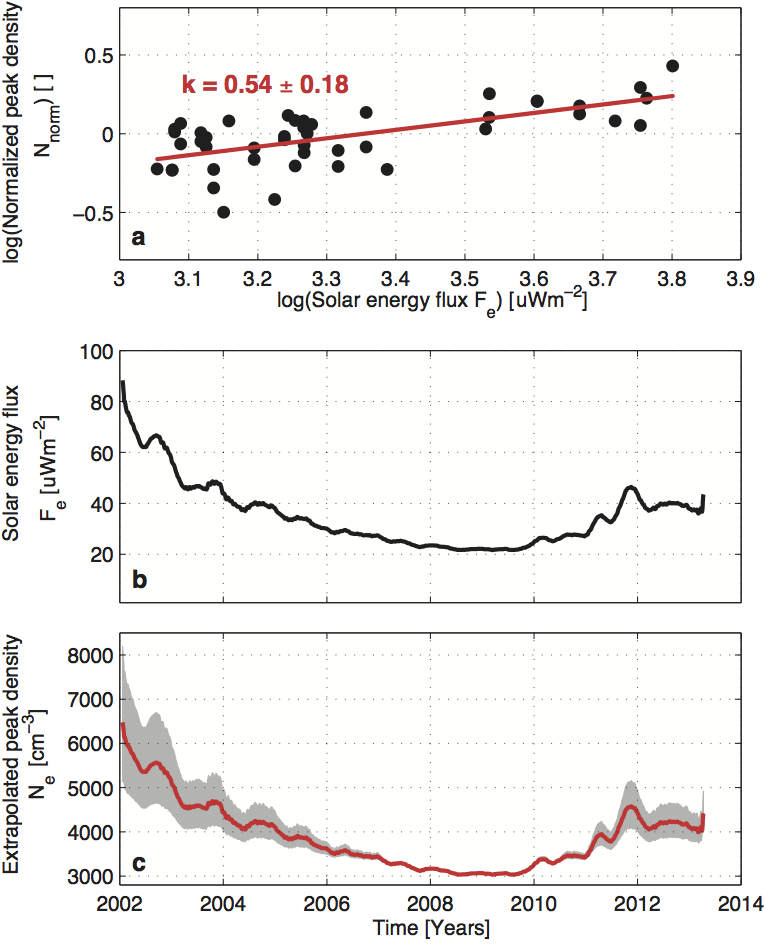