The Ni content of olivine has been used extensively for inferring the source lithology, and depth and temperature of generation for basaltic magma in various tectonic settings. Conflicting interpretations have been derived using Ni because Hawaiian basalts show large variations in olivine Ni content (up to a factor of two) for a given forsterite (Fo). A detailed study of historical basalts at Kilauea volcano was undertaken using high-precision EPMA to better understand the cause of Ni variation in Hawaiian basalts. Experimental studies predict that Ni abundance in olivine should be positively correlated with Fo during growth. Element maps and core-rim transects of crystals strongly zoned in Fo show that many Kilauea olivines violate this relationship. They have decoupled profiles in which Fo decreases towards the rim by up to 5 mol% and Ni remains nearly constant. Here, we evaluate whether the Ni variability and Fo-Ni decoupling result from (1) diffusive re-equilibration and/or (2) sectioning effects rather than being primary growth features of those olivines. We used 1D diffusion modeling of Mg, Ni, and Ca from EPMA profiles to determine if decoupling is caused by diffusive re-equilibration. Calculated timescales (e.g. 2.2-3.1 yr) are in excellent agreement for all elements and transects within individual crystals, suggesting that the Fo-Ni decoupling is a primary growth feature of the olivine. Sectioning effects on Fo-Ni zoning were evaluated using 3D diffusion models of numerical olivines, which were constructed using realistic morphologies found in nature. Off-center and highly oblique sections have Fo and Ni extremums offset from the geometric center in 2D sections. Analyses of normally zoned olivine with decoupled Fo-Ni will yield similar Ni at variable Fo, introducing “Ni-enriched”, low Fo data. These “Ni-enriched” olivine compositions may contribute to the range of interpretations derived from current datasets 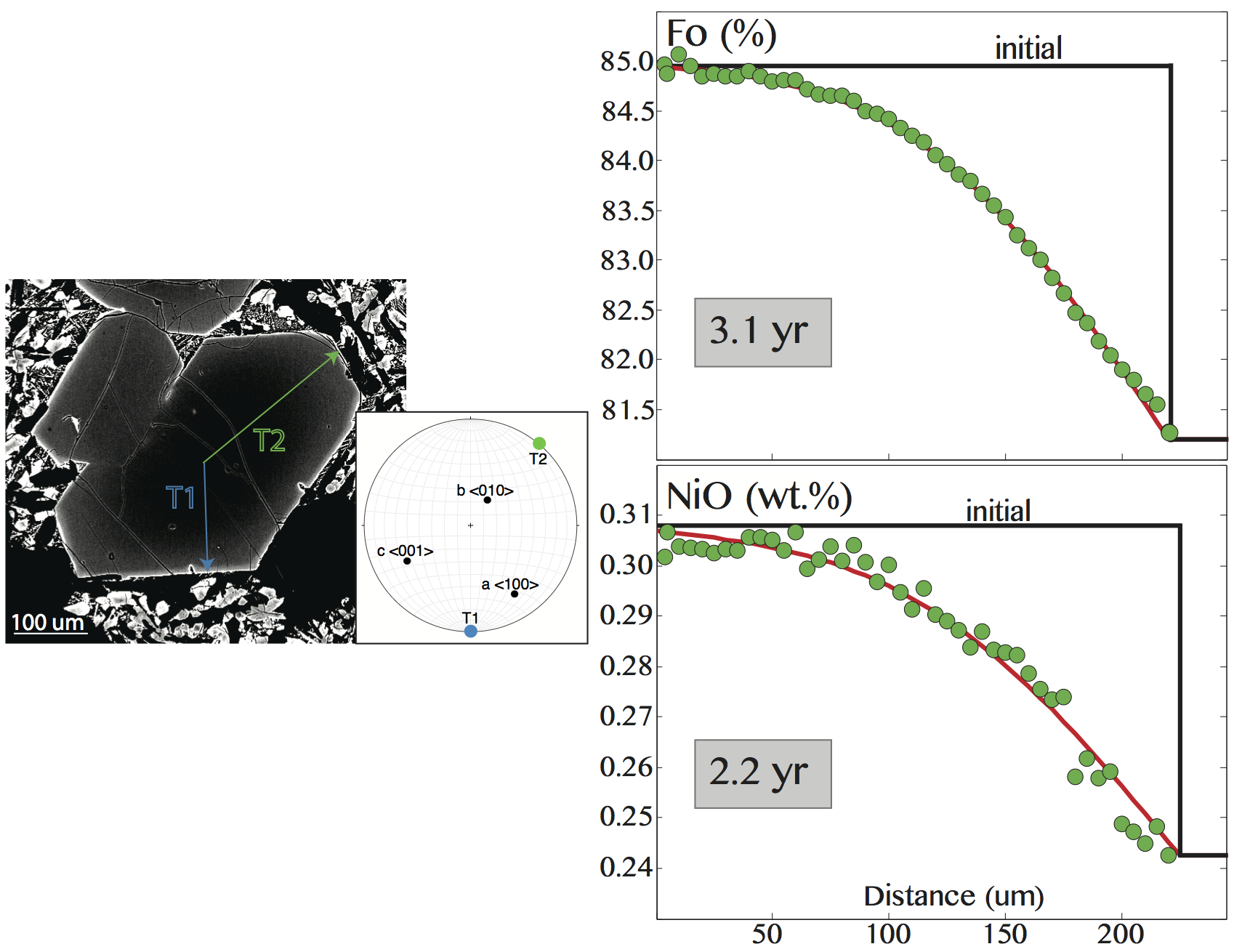