Realistic models of sea ice processes and properties are needed to assess sea ice thickness, extent and concentration and, when run within GCMs, provide prediction of climate change. The deformation of sea ice is a key control on the Arctic Ocean dynamics. But the deformation of sea ice is dependent not only on the rate of the processes involved but also the state of the sea ice and particular in terms of its evolution with time and temperature. Shear deformation is a dominant mechanism from the scale of basin-scale shear lineaments, through floe-floe interaction to block sliding in ice ridges. The shear deformation will not only depend on the speed of movement of ice surfaces but also the degree that the surfaces have bonded during thermal consolidation and compaction. Frictional resistance to sliding can vary by more than two orders of magnitude depending on the state of the interface. But this in turn is dependent upon both imposed conditions and sea ice properties such as size distribution of interfacial broken ice, angularity, porosity, salinity, etc. We review experimental results in sea ice mechanics from mid-scale experiments, conducted in the Hamburg model ship ice tank, simulating sea ice floe motion and interaction and compare these with laboratory experiments on ice friction done in direct shear from which a rate and state constitutive relation for shear deformation is derived. Finally we apply this to field measurement of sea ice friction made during experiments in the Barents Sea to assess the other environmental factors, the state terms, that need to be modelled in order to up-scale to Arctic Ocean-scale dynamics. 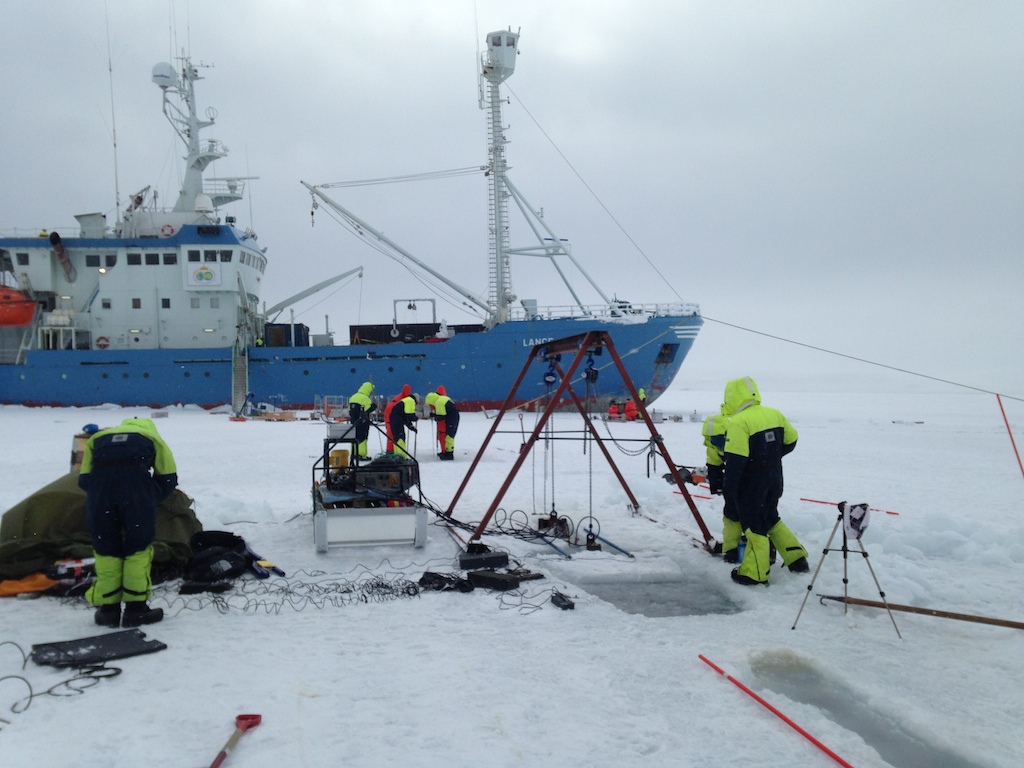