The melting curve of Ni has been determined to 125 GPa using laser-heated diamond anvil cell (LH-DAC) experiments and two melting criteria: the appearance of liquid diffuse scattering (LDS) during in situ X-ray diffraction (XRD) and simultaneous plateaux in temperature vs. laser power functions [1]. Our melting curve (Fig. 1) is in good agreement with most theoretical studies [e.g. 2] and the available shock wave data (Fig. 2). It is, however, dramatically steeper than the previous off-line LH-DAC studies in which the determination of melting was based on the visual observation of motion aided by the laser speckle method [e.g. 3]. We estimate the melting point of Ni at the inner-core boundary (ICB; 330 GPa) to be 5800±700 K (2σ), ~2500 K higher than the estimate based on the laser speckle method [3] and within error of Fe (6230±500 K) as determined in a similar in situ LH-DAC study [4]. We find that laser speckle based melting curves coincide with the onset of rapid sub-solidus recrystallization, suggesting that visual observations of motion may have misinterpreted dynamic recrystallization as melt convection. Our new melting curve suggests that the reduction in ICB temperature due to the alloying of Ni with Fe is likely to be significantly smaller than would be expected had the earlier experimental Ni melting studies been correct.

We have applied our methodology to a range of other transition metals (Mo, Ti, V, Cu). In the case of Mo, Ti and V the melting curves are in good agreement with the shock compression and theoretical melting studies but hotter and steeper than those based on the laser speckle method, as with Ni. Cu is an exception in which all studies agree, including those employing the laser speckle method. These results go a long way toward resolving the the long-standing controversy over the phase diagrams of the transition metals as determined from static LH-DAC studies on the one hand, and theoretical and dynamic compression studies on the other. 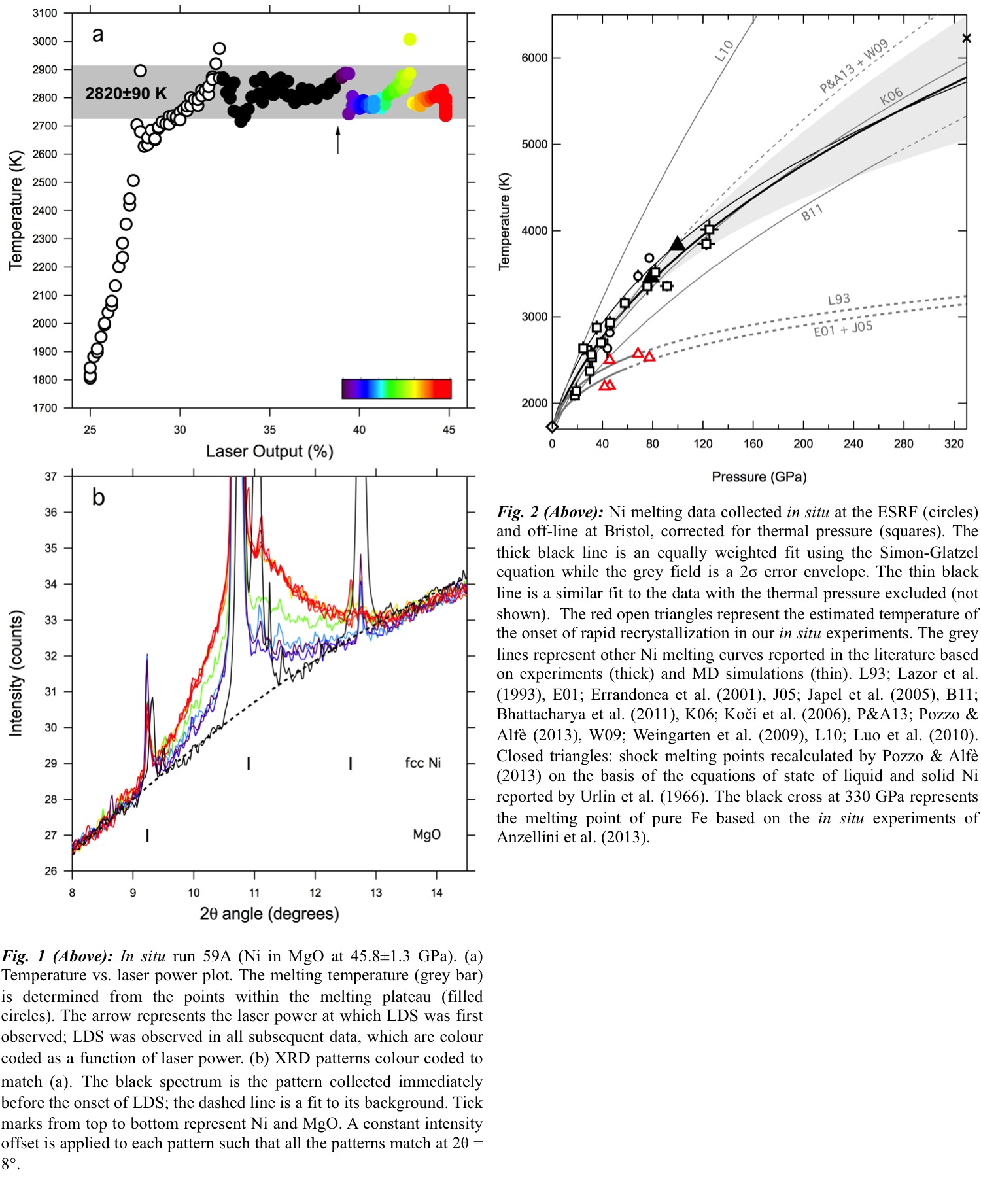