We present the response of the continental Antarctic ice sheet to sub-shelf-melt forcing derived from POPSICLES simulation results covering the full Antarctic Ice Sheet and the Southern Ocean spanning the period 1990 to 2010. Simulations are performed at 0.1 degree (~5 km) ocean resolution and ice sheet resolution as fine as 500 m using adaptive mesh refinement. A comparison of fully-coupled and comparable standalone ice-sheet model results demonstrates the importance of two-way coupling between the ice sheet and the ocean.

A companion presentation, "Present-day circum-Antarctic simulations using the POPSICLES coupled land ice-ocean model" in session C027 describes the ocean-model perspective of this work, while we focus on the response of the ice sheet and on details of the model.

The figure shows the BISICLES-computed vertically-integrated ice velocity field about 1 month into a 20-year coupled Antarctic run. Groundling lines are shown in green. 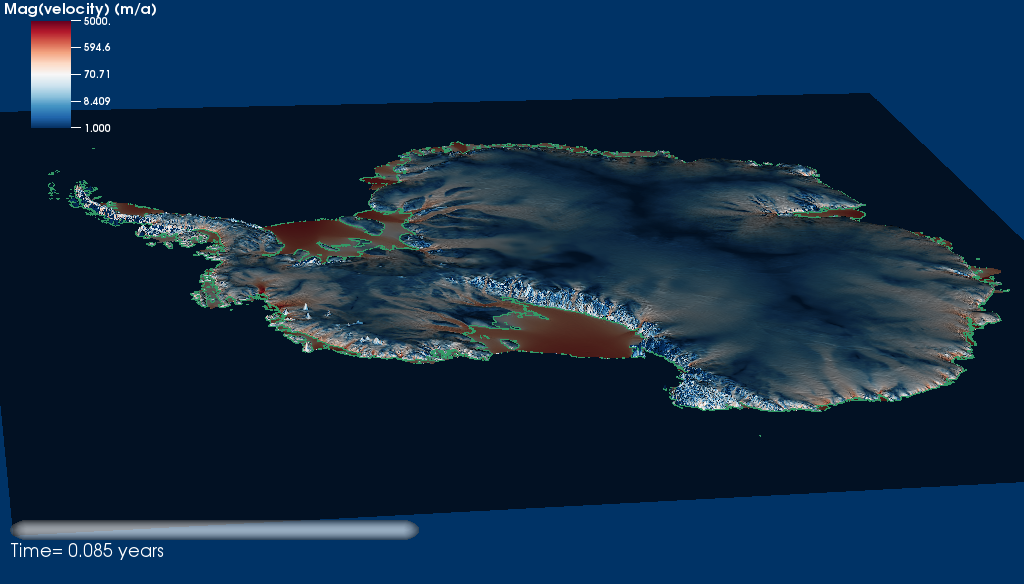