Within this context, the HUMSAT system designed by the University of Vigo (Spain) will complement existing high-precision measurement systems with low cost in-situ ground based sensors in remote locations using a constellation of CubeSats as a communications relay. The HUMSAT system standardizes radio communications in between deployed sensors and the CubeSats of the constellation, which act as store and forward satellites to ground stations for uploading to the internet. Current ground stations have been established at the University of Vigo (Spain) and California Polytechnic State University (Cal Poly).
Users of the system may deploy their own environmental sensors to meet local requirements. The sensors will be linked to a low-cost satellite data transceiver using a standard HUMSAT protocol. The transceiver is capable of receiving data from the HUMSAT constellation to remotely reconfigure sensors without the need of physically going to the sensor location.

This transceiver uses a UHF channel around 437 MHz to exchange short data messages with the sensors. These data messages can contain up to 32 bytes of useful information and are transmitted at a speed around 300 bps. The protocol designed for this system handles the access to the channel by all these elements and guarantees a correct transmission of the information in such an scenario. 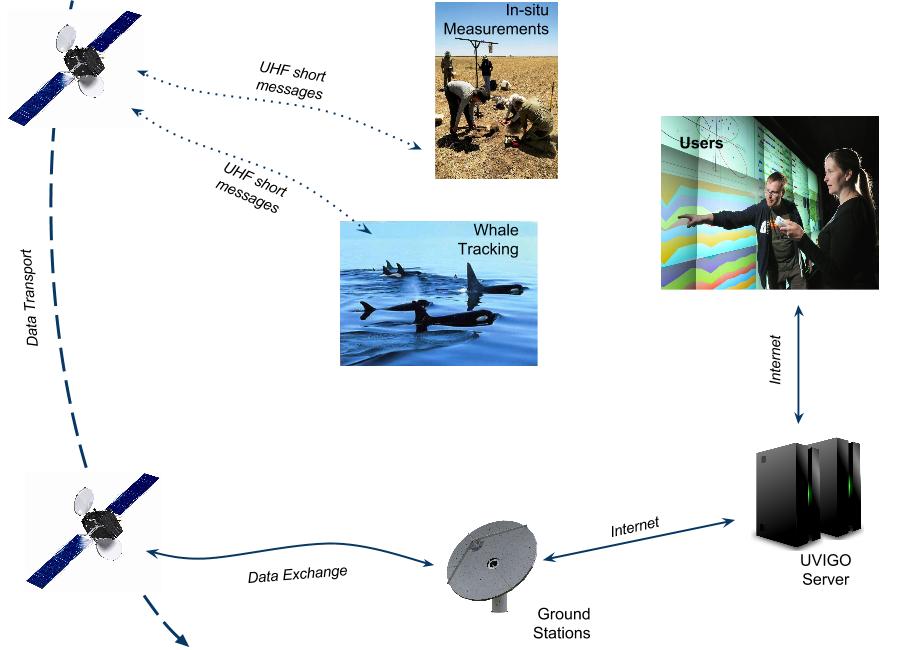