SH11C-4061:
Magnetic turbulence in the outer heliosheath: implications for pickup ions and the ribbon

Recent results from the Voyager 1 space probe reveal exceptionally low levels of magnetic fluctuations beyond the heliopause. This very low fluctuation activity is consistent with the fluctuations being part of the ambient turbulent spectrum known as the "great power law in the sky". The range of wavenumbers included in the Voyager study includes waves that are expected to be generated by unstable pickup ion distributions that are believed to be the parent population of the energetic neutral atoms making up the IBEX ribbon. The absence of fluctuations have important implications for the models that rely on the presence of turbulence to scatter the ions. The talk will discuss the evolution of ring-beam distributions produced from multiple primary ENA populations generated directly from the Alabama neutral atom transport model. Results for the excitation of waves and the scattering of ions initially
injected at angles ranging from 90 degrees to the magnetic field angle at Voyager 1 will be presented. 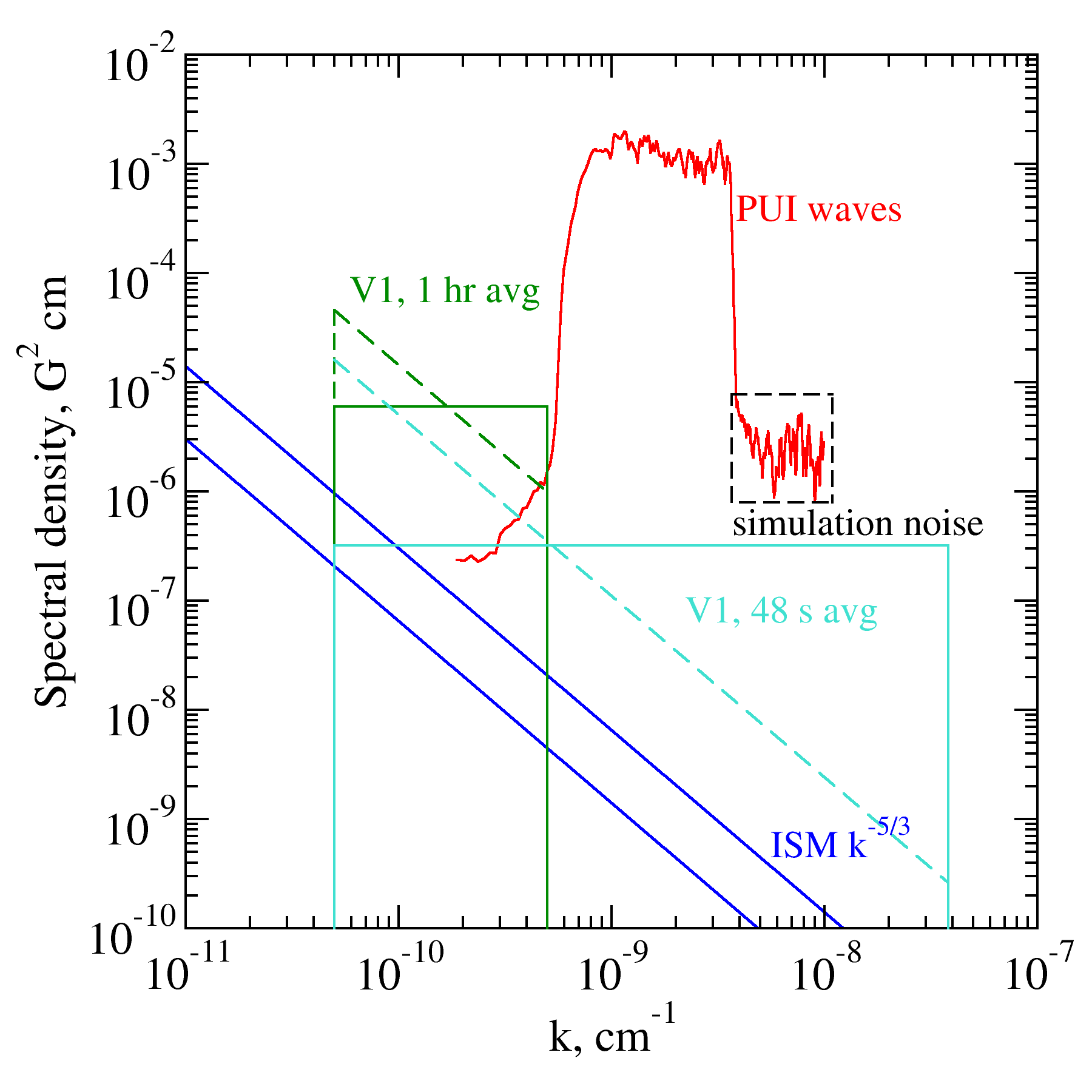