EP43E-02:
3D Reconstruction of a Fluvial Sediment Slug from Source to Sink: reach-scale modeling of the Dart River, NZ

Following heavy rainfall on 4/1/14, a debris flow at Slip Stream (44.59 S 168.34 E) introduced >106 m3 of sediment to the Dart River valley floor in NZ Southern Alps. Runout over an existing fan dammed the Dart River causing a sudden drop in discharge downstream. This broad dam was breached quickly; however the temporary loss of conveyance impounded a 3 km lake with a volume of 6 x 106 m3 and depths that exceed 10 m. Quantifying the impact of this large sediment pulse on the Dart River is urgently needed to assess potential sedimentation downstream and will also provide an ideal vehicle to test theories of bed wave migration in large, extensively braided rivers. Recent advances in geomatics offer the opportunity to study these impacts directly through the production of high-resolution DEMs. These 3D snapshots can then be compared through time to quantify the morphodynamic response of the channel as it adjusts to the change in sediment supply. In this study we describe the methods and results of a novel survey strategy designed to capture of the complex morphology of the Dart River along a remote 40 km reach, from the upstream landslide source to its distal sediment sink in Lake Wakatipu. The scale of this system presents major logistical and methodological challenges, and hitherto would have conventionally be addressed with airborne laser scanning, bringing with it significant deployment constraints and costs. By contrast, we present sub-metre 3D reconstructions of the system (Figure 1), derived from highly redundant aerial photography shot with a non-metric camera from a helicopter survey that extended over an 80 km2 area. Structure-from-Motion photogrammetry was used to solve simultaneously camera position, pose and derive a 3D point cloud based on over 4000 images. Reconstructions were found to exhibit significant systematic error resulting from the implicit estimation of the internal camera orientation parameters, and we show how these effects can be minimized by optimizing the lens calibration before and after scene reconstruction using both external constraints and refined camera models. An analysis of DEM uncertainty, undertaken through comparison with long-range TLS data, demonstrates the potential for this low-cost survey strategy to generate models superior to conventional laser swath mapping even over large areas. 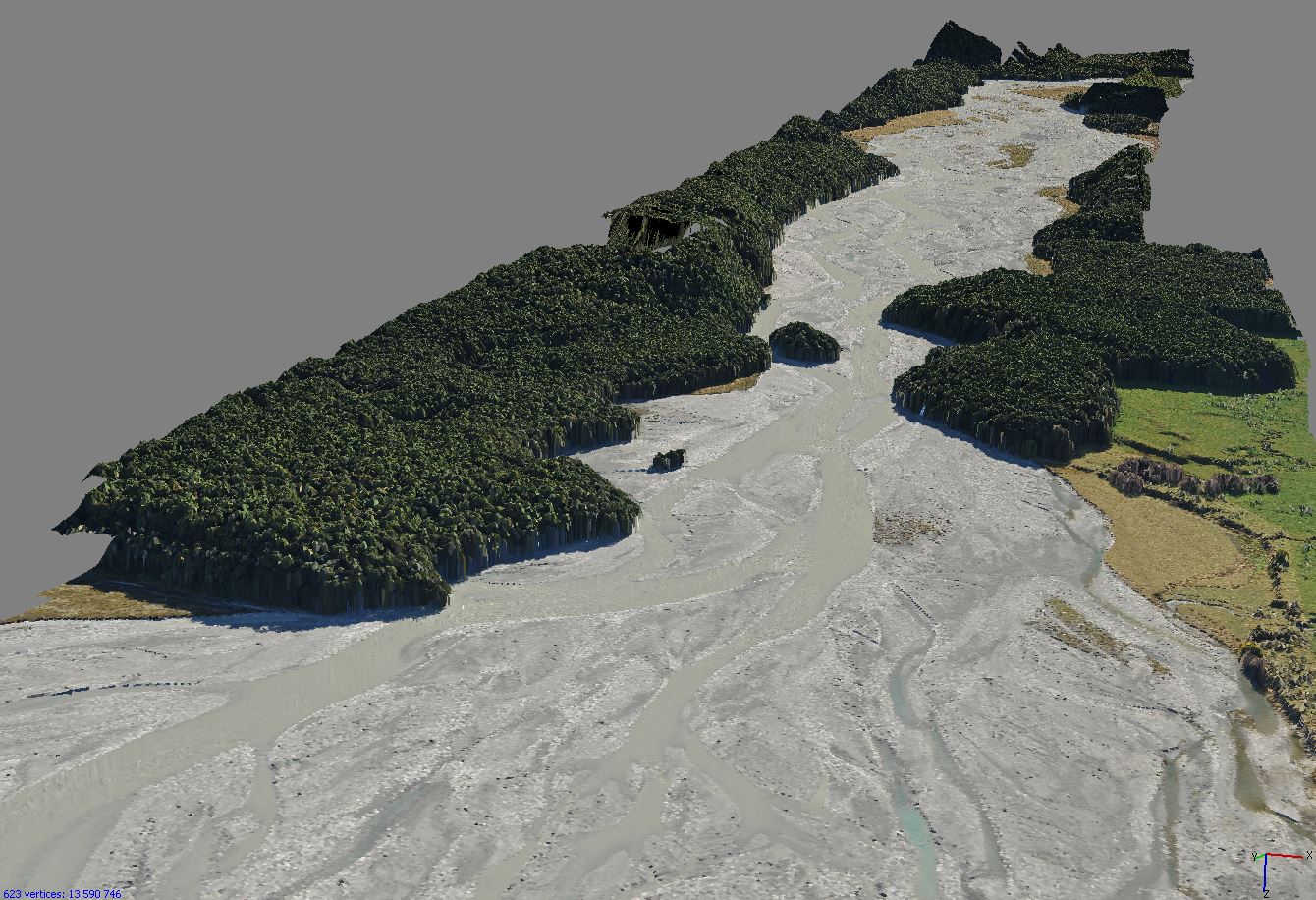