As part of the North American Cordillera the Rocky Mountains of Canada impact the deflection of weather systems and the jet stream and form a distinct barrier to Pacific moisture reaching the continental interior. The extent to which this climatic pattern extended into the past is at present uncertain, so improving our understanding of the elevation history of the Rockies is critical to determining the controls on climate change within the Northern Hemisphere.

We have undertaken a comprehensive apatite (U-Th-Sm)/He and fission track study of the southeastern Canadian Cordillera, i.e. the southern Canadian Rocky Mountains, in order to provide insight into the mid to late Cenozoic uplift and exhumation history of this region. Thermal history and exhumation models of widespread low elevation samples in combination with 6 vertical profiles covering elevations from 500 up to 3100 m a.s.l. show at least 1500 m of rapid exhumation west of the Rocky Mountain Trench (RMT) during the Oligocene (Figure 1). In contrast, the ranges east of the RMT low elevation samples provide Eocene ages throughout. The data show a very different history of recent uplift of the Canadian Rockies compared to what is currently known from published work, which mostly infer that the eastern Canadian Cordillera has not experienced significant uplift since the Eocene.

We propose that the most likely cause of this rock uplift was upwelling of asthenosphere around the eastward subducting Farallon Plate. This also led to the eruption of the nearby mainly Miocene Chilcotin Group flood basalts and could have caused underplating of the thin lithosphere west of the RMT, adding to the buoyancy of the plate and lifting the range. Because the Trench marks the edge of the normal thickness craton which was underthrust beneath the Rocky Mountains during the initial upper Cretaceous orogeny, the eastern Rockies have a normal lithosperic thickness. This would impede recent uplift and provides an explanation for the older ages found in the east. Furthermore the data appear to show that ages do not mimic present day topography, suggesting that current topographic relief, at least west of the Trench, is younger still and potentially caused by increased erosion during recent glacial episodes. 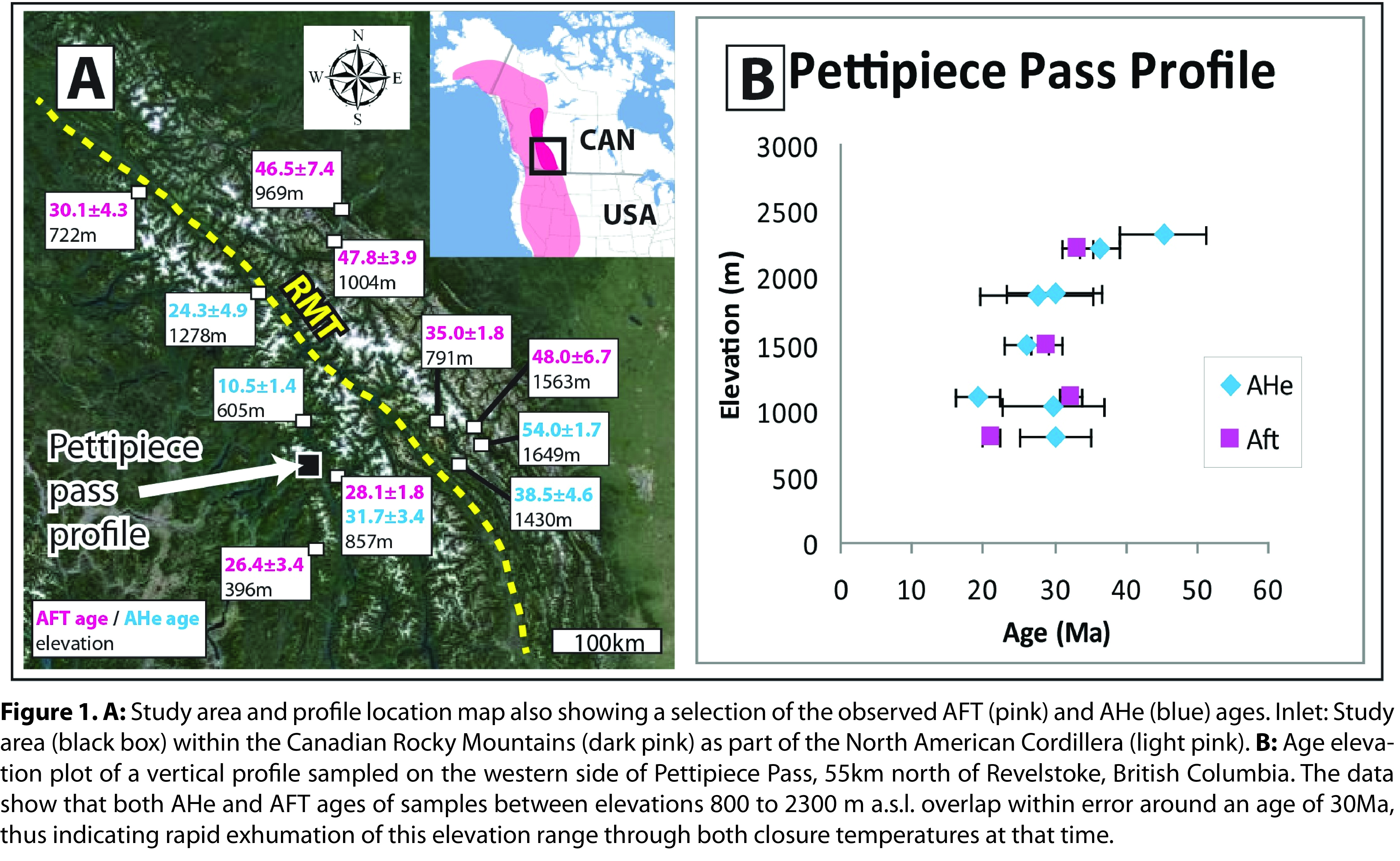