The Subcommittee in 2002 validated a preliminary version of the SESM recipe by comparing simulated and observed ground motions for the 2000 Tottori earthquake. In 2007 and 2008, the Subcommittee carried out detailed validations of the current version of the SESM recipe and the NIED codes using ground motions from the 2005 Fukuoka earthquake. Irikura and Miyake (2011) summarized the latter validations, concluding that the ground motions were successfully simulated as shown in the figure. This indicates that the recipe has enough potential to generate broadband ground motions for scenario hazard assessment in Japan. 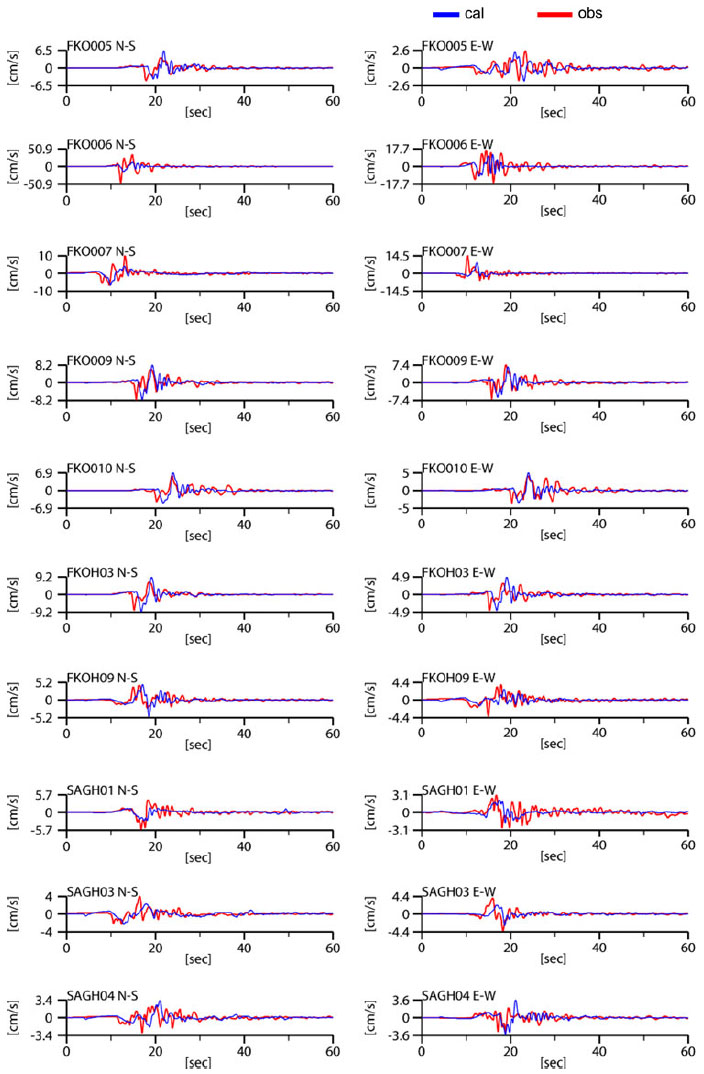