P11D-01:
PlanetVac: Sample Return with a Puff of Gas

PlanetVac is a regolith sample acquisition mission concept that uses compressed gas to blow material from the surface up a pneumatic tube and directly into a sample return container. The PlanetVac sampling device is built into the lander legs to eliminate cost and complexity associated with robotic arms and scoops. The pneumatic system can effectively capture fine and coarse regolith, including small pebbles. It is well suited for landed missions to Mars, asteroids, or the Moon. Because of the low pressures on all those bodies, the technique is extremely efficient. If losses are kept to minimum, 1 gram of compressed gas could efficiently lift 6000 grams of soil.

To demonstrate this approach, the PlanetVac lander with four legs and two sampling tubes has been designed, integrated, and tested. Vacuum chamber testing was performed using two well-known planetary regolith simulants: Mars Mojave Simulant (MMS) and lunar regolith simulant JSC-1A. One of the two sampling systems was connected to a mockup of an earth return rocket while the second sampling system was connected to a lander deck mounted instrument (clear box for easy viewing). The tests included a drop from a height of approximately 50 cm onto the bed of regolith, deployment of sampling tubes into the regolith, pneumatic acquisition of sample into an instrument (sample container) and the rocket, and the launch of the rocket. The demonstration has been successful and can be viewed here: https://www.youtube.com/watch?v=DjJXvtQk6no. In most of the tests, 20 grams or more of sample was delivered to the 'instrument' and approximately 5 grams of regolith was delivered into a sampling chamber within the rocket. The gas lifting efficiency was calculated to be approximately 1000:1; that is 1 gram of gas lofted 1000 grams of regolith. Efficiencies in lower gravity environments are expected to be much higher.

This successful, simple and lightweight sample capture demonstration paves the way to using such sampling system on either NASA or commercial landers to the Moon, Asteroids, comets, or Mars. 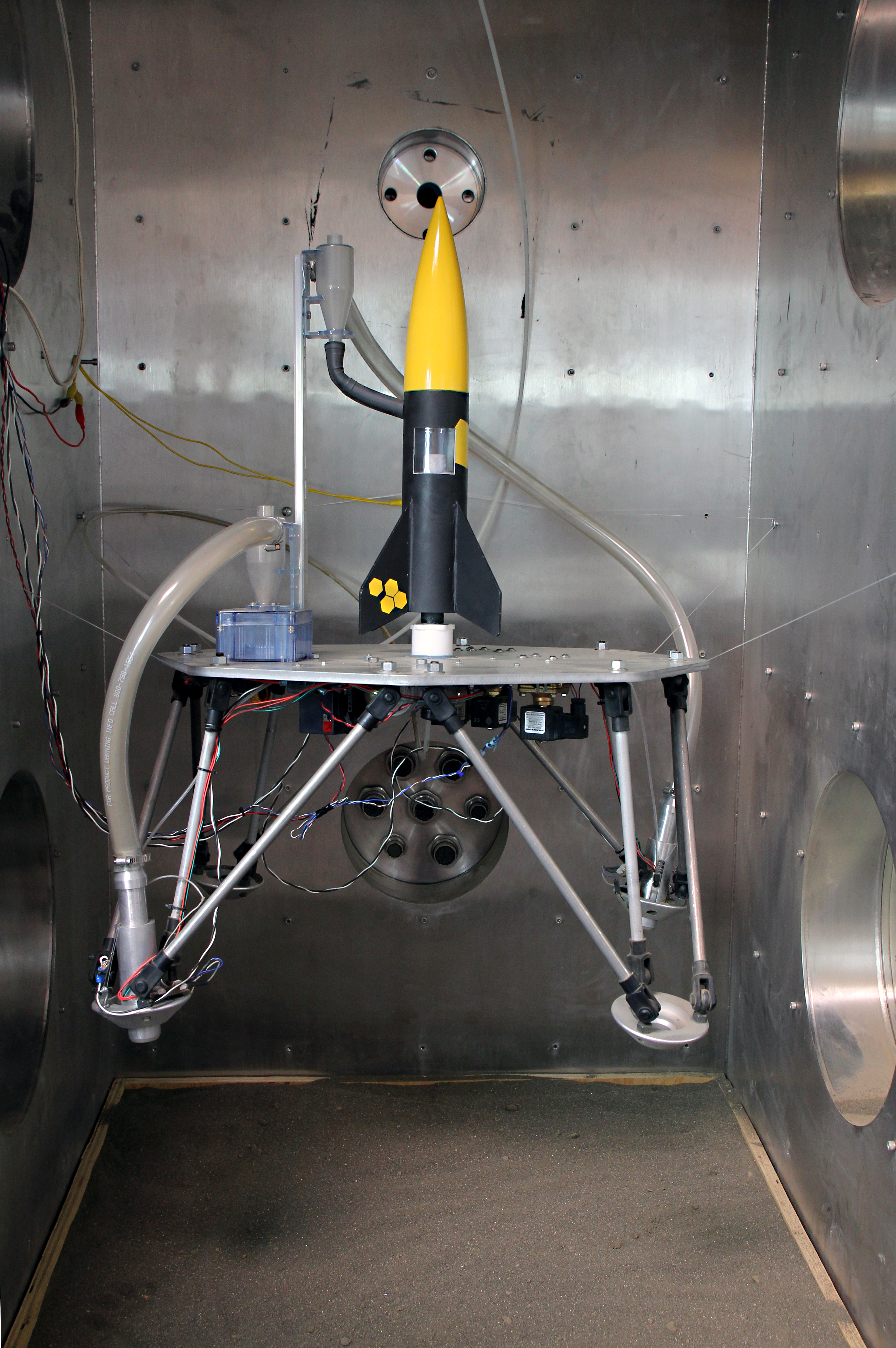