V31C-4772:
Stratigraphy and Characterization of Volcanic Deposits on the Northwestern Flanks of Mt. Makiling, Laguna, Philippines

Mt. Makiling is an inactive stratovolcano located in the province of Laguna. Semi-detailed geologic field mapping on the northwestern low-level flanks and apron of the volcano was conducted. Exposures reveal a volcanic terrain hosting a wide variety of volcanic rocks: lava flows, pyroclastic surges, pyroclastic flows, and tuff deposits. Stratigraphic logging of the volcanic deposits showed differences in occurrence of the deposit types as well as their characteristics. The pyroclastic flow deposits are found at the base of the column overlain by pyroclastic surges which were more common in the area. Capping the pyroclastic surges is a thin layer of tuffaceous units. Isolated deposits of lava flows of andesitic composition were mapped in the western flank of Mt. Makiling. These varying volcanic deposits are derived from different eruptive activities of Mt. Makiling, with at least three separate eruptive episodes indicated by the exposed deposits. Two separate explosive eruptions are marked by two different pyroclastic deposits, while an effusive episode, marked by andesitic lava flows, can also be identified. The pyroclastic surge deposit is uncharacteristically thick, around a hundred meters or more exposed, providing further questions as to the magnitude of past eruptions or the mechanism of pyroclastic material deposition around the volcano. Mt. Makiling, thus, has historically undergone different eruption types, but still releases generally the same material composition across varying deposits: intermediate or andesitic composition. This is consistent with the trend of Philippine volcanoes, and with the Macolod corridor which hosts this volcanic system. 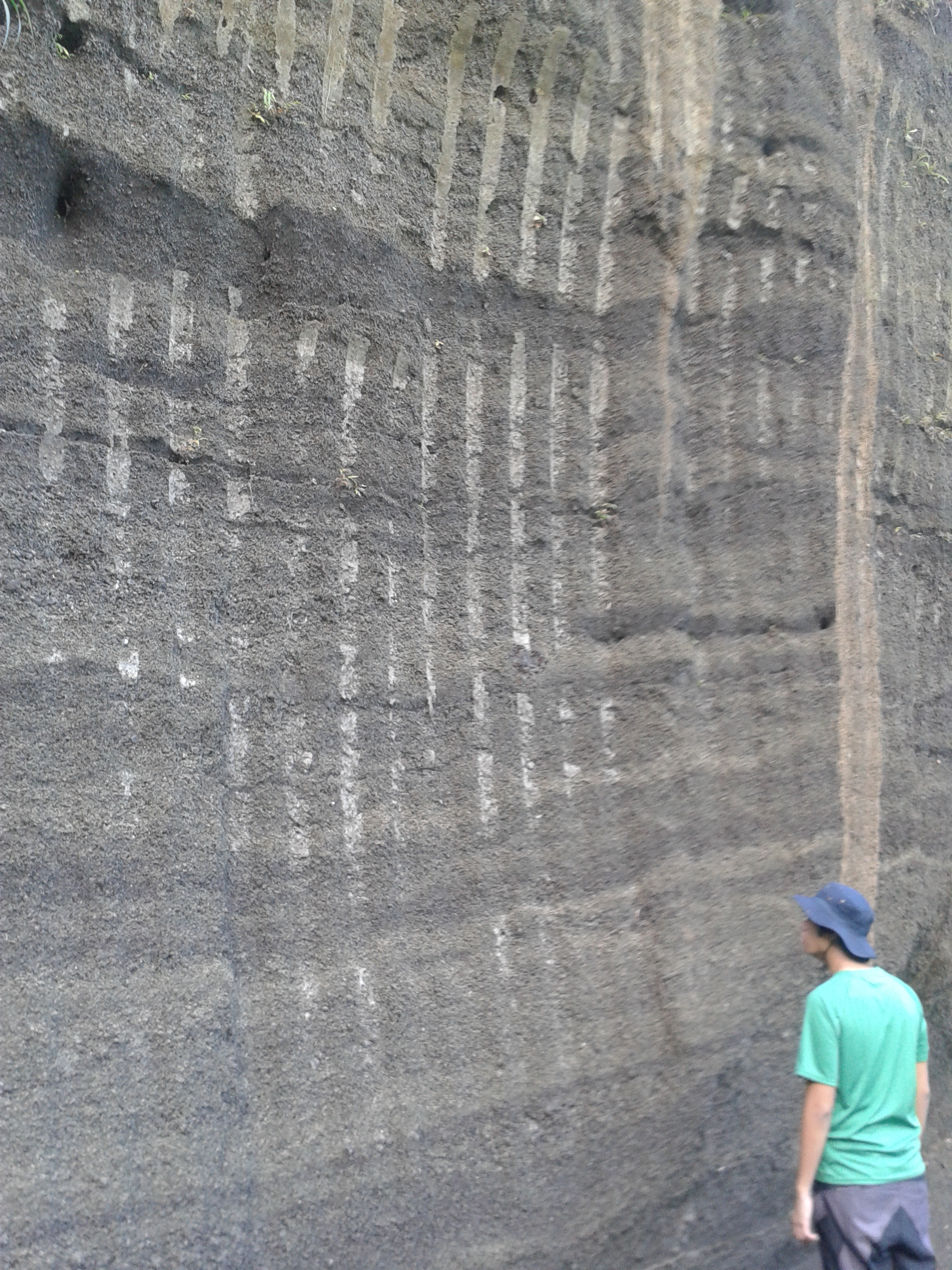