The coupling between subsurface flow and geomechanical deformation is critical in the assessment of the environmental impacts of groundwater use, underground liquid waste disposal, geologic storage of carbon dioxide, and exploitation of shale gas reserves. In particular, seismicity induced by fluid injection and withdrawal has emerged as a central element of the scientific discussion around subsurface technologies that tap into water and energy resources. Here we present a new computational approach to model coupled multiphase flow and geomechanics of faulted reservoirs. We represent faults as surfaces embedded in a three-dimensional medium by using zero-thickness interface elements to accurately model fault slip under dynamically evolving fluid pressure and fault strength. We incorporate the effect of fluid pressures from multiphase flow in the mechanical stability of faults and employ a rigorous formulation of nonlinear multiphase geomechanics that is capable of handling strong capillary effects. We develop a numerical simulation tool by coupling a multiphase flow simulator with a mechanics simulator, using the unconditionally stable fixed-stress scheme for the sequential solution of two-way coupling between flow and geomechanics. We validate our modeling approach using several synthetic, but realistic, test cases that illustrate the onset and evolution of earthquakes from fluid injection and withdrawal. We also present the application of the coupled flow-geomechanics simulation technology to the post mortem analysis of the Mw=5.1, May 2011 Lorca earthquake in south-east Spain, and assess the potential that the earthquake was induced by groundwater extraction. 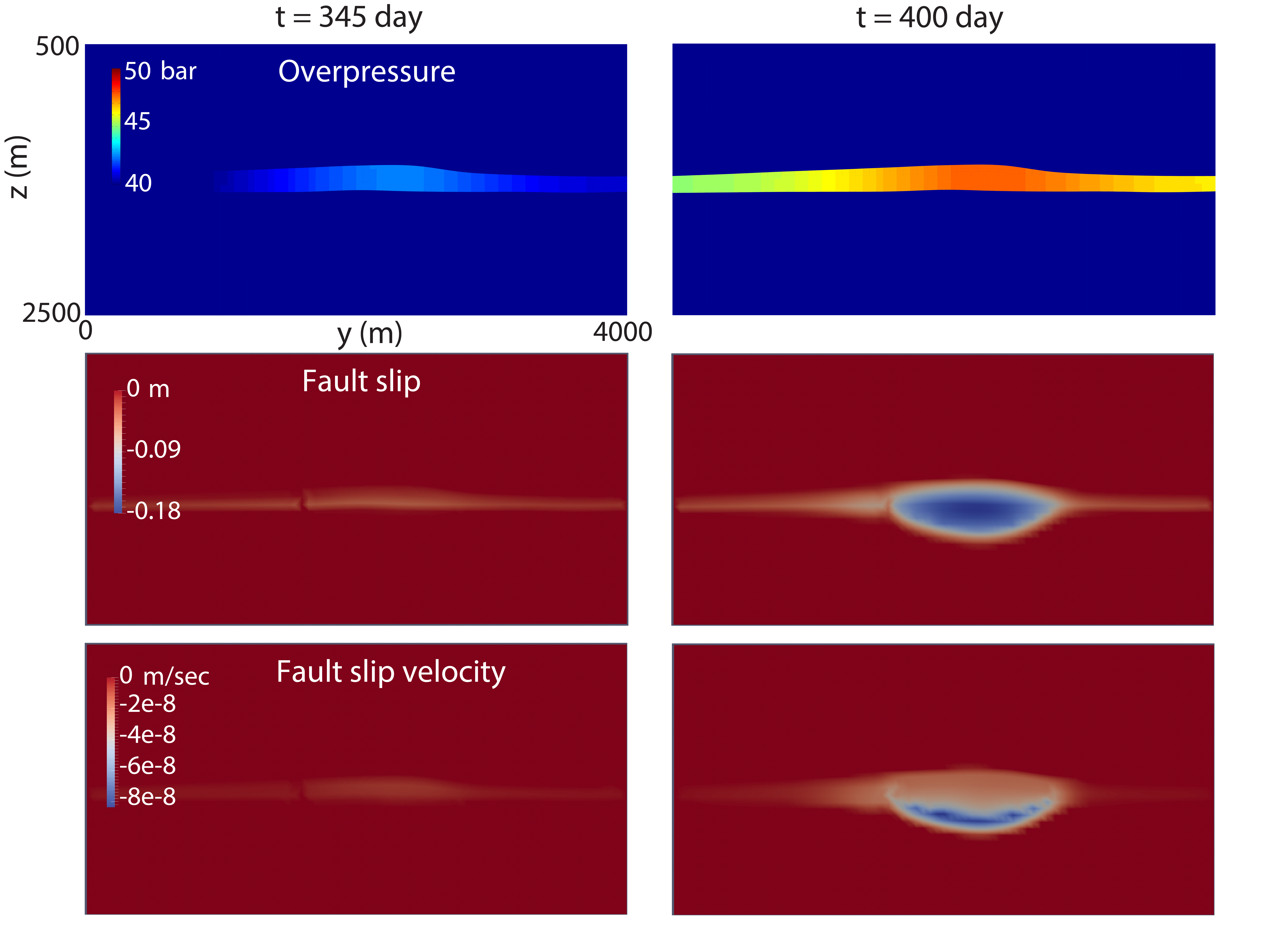