Dust emanates year-round from Africa and Asia and impacts air quality in North America. Asian dust plumes deliver up to 64 million tonnes of dust over the NW of the USA, and African dust storms deliver over 50 million tonnes of dust over Florida each year. Several recent studies have demonstrated that human and plant pathogens from Asian [1] African [2] aerosols can be transported to N. America in naturally occurring dust storms. What is unknown is whether these ‘presumptive pathogens’ impact human, plant, or animal health in the USA. In order to initiate a long-term monitoring program of pathogens in Asian and African dust plumes, we have developed a dust collection system called DART (Dust at Altitude Recovery Technology) (figure). The DART dust sampler can be mounted on a F104 Starfighter jet (figure) and a T6 Texan propeller driven airplane (not shown), and was test flown over FL in Dec. 2013 on the F104 and on the T6 in the summer of 2014. The DART system utilizes a high-volume pump to pass air through 6 separate filtration units where both aerosols and microbial cells are captured. The filtration systems exhibit flow rates from 25-142 L/min depending on the pore size and brand of filters used. Flow rates are directly correlated to increased air speed, and are inversely correlated to increased altitude. Filtration units can be turned on and off individually as required for specific science flight objectives. The DART dust sampler has performed nominally up to 7600 m, 0.92 Mach, and 3.5 +G’s. During initial test flights in Dec. 2013, 5 of 8 genera of fungi recovered from the lower atmosphere over FL contained plant pathogens including species in the genera: Acremonium, Aspergillus, Cladosporium, Curvularia, and Fusarium. Numbers of recovered fungi, but not bacteria, increased significantly when 5 or 10 µm filters were used in the DART system compared to filter pore sizes ≤ 1.2 µm. Future sampling programs for both Asian and African dust events will be discussed. 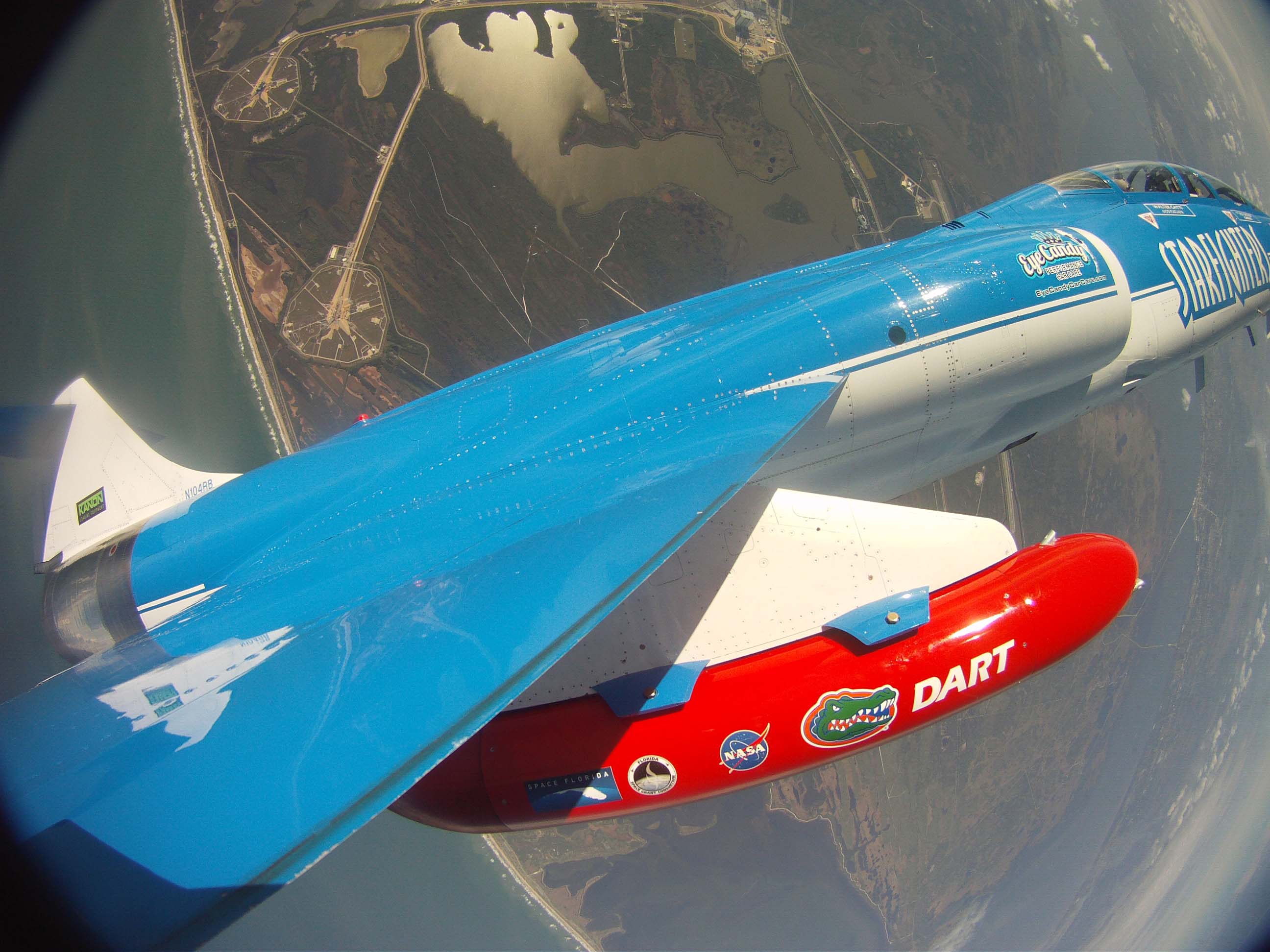