G53A-07:
Estimation and Mitigation of Thermal Expansion Phase in Persistent Scatterer Interferometry in an Urban Environment

Mapping of surface deformation using Interferometric SAR requires estimation and removal of phase from different sources including topographic phase and variations in path delay due to propagation through the ionosphere and atmosphere. One additional term that is particularly relevant in urban environments is the differential phase due to thermal expansion of structures. Uncorrected, the thermal expansion phase leads to loss of persistent scatterers, especially in the upper part of tall buildings, and large errors in the deformation time series. The objective of our work was to estimate and mitigate the thermal expansion phase such that the PSI solution can include tall buildings that have significant thermal phase signatures as well as improving the accuracy for all scatterers affected by thermal effects.

In the first order approximation the thermal expansion depends linearly on the temperature difference as well as on the length of the object with a material dependent thermal expansion coefficient. Both the material dependent coefficient and the effective object length are typically not well known for a persistent scatterer. Applying for each scatterer a linear regression with respect to the temperature difference on the stack of residual phases that include the thermal phase, permits determination of a thermal sensitivity parameter β (radians/degree C) and an intercept. The temperature phase model can then be applied to subtract a thermal phase term. The temperature phase model can also be extended by interpolation to points not yet included in the solution allowing the PS solution to extend to structures previously not part of the solution.

We present an analysis of the thermal expansion phase signal for a stack of 48 TerraSAR‑X 2m resolution stripmap mode scenes acquired over Barcelona, Spain during the period 2007-Dec-30 to 2011-Nov-07. Maps of the residual phase before and after correction for thermal expansion as well as the thermal expansion parameter are presented (see Figures 1 and 2), confirming a significant improvement in the spatial coverage and quality. 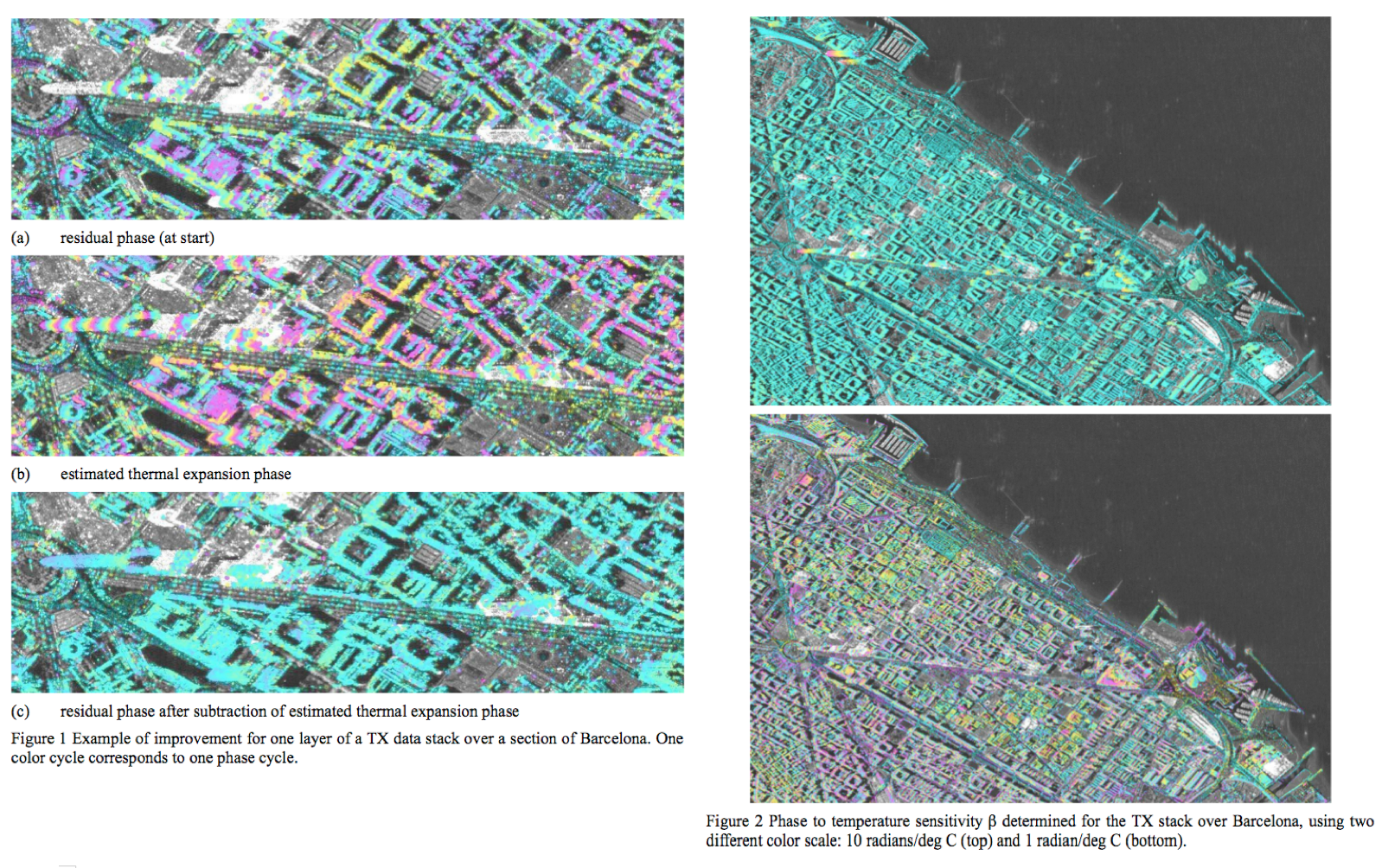