We conducted biotite 40Ar/39Ar thermochronological research in the eastern Himalayan syntaxis and the surrounding Gangdese belt that wraps around the syntaxis, aiming to explore the overall cooling pattern and thermal evolution in this hard-to-access region. The compilation of our new dataset and published ages in the region presents a new temporal-spatial pattern: (1) Separated by the boundary faults of the eastern Himalayan syntaxis, a temporal gap at 13-7 Ma exists in the cooling history of the study area, with ages younger than 7 Ma clustering within the syntaxis, while ages older than 13 Ma distributing in the Gangdese belt. The gap could be a manifestation of the reactivated rapid cooling of the syntaxis since 7 Ma on the background of slow cooling all over the region, which temporally constrains the initial propagation of the eastern Himalayan syntaxis. (2) Ages in the syntaxis and the surrounding region show an annulus shape that younging toward Namche Barwa-Gyala Peri peak that is the core of the syntaxis, from 7-4 Ma and 4-2 Ma in the vicinities to 2-1 Ma in the core, which presents a spatially progressive acceleration in the cooling and exhumation towards the core. This observation indicates that the syntaxis experiences an inward acceleration along a vertical stalk rather than large-scale lateral propagation since late Miocene. The new findings argue that cooling revealed by biotite 40Ar/39Ar method was driven by tectonic contraction. We propose a model for the development of the Namche Barwa syntaxis that dominated by impulsive accelerating and subordinated by progressive accelerating driving by gravitational isostasy. 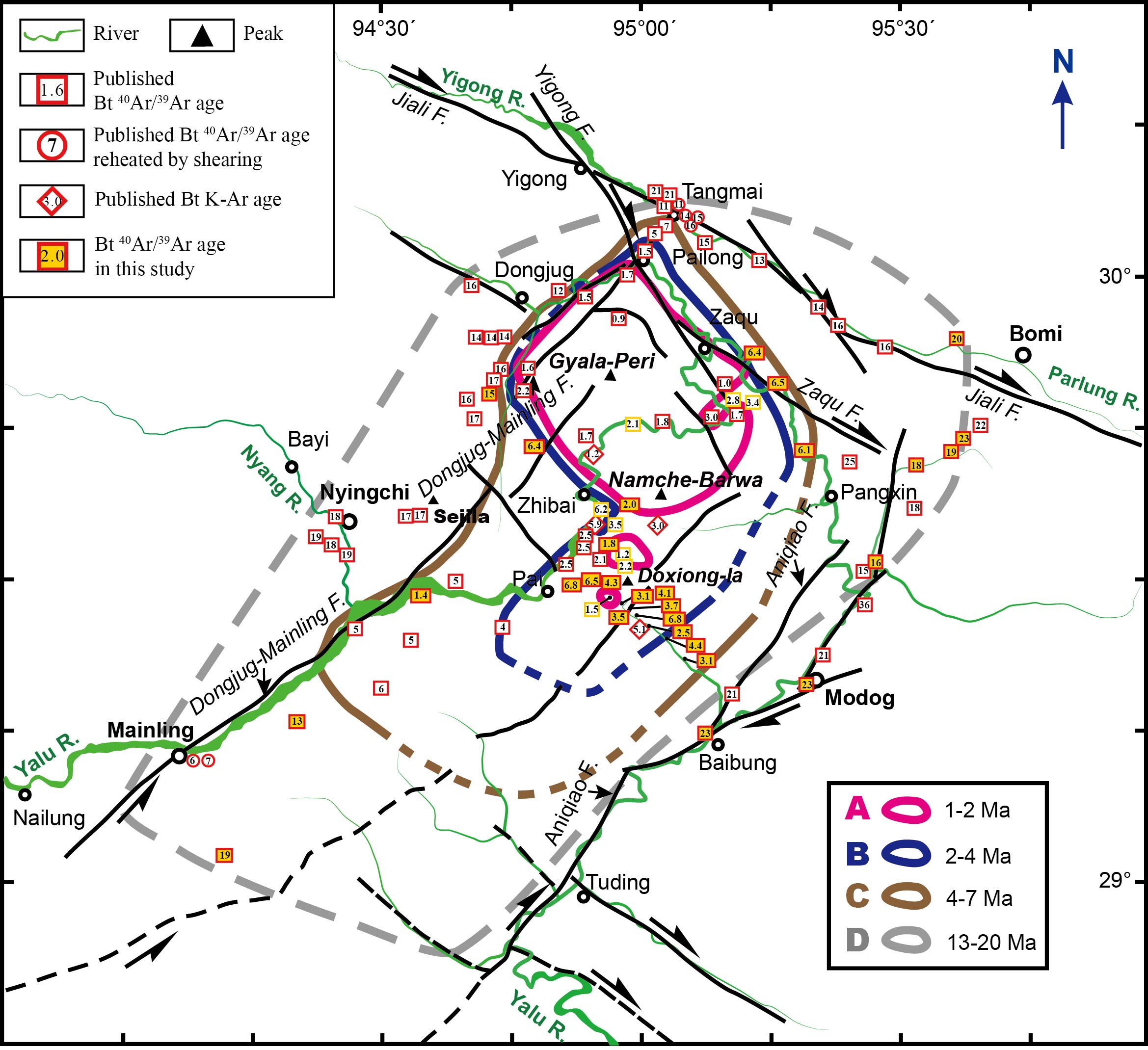