We present a quantitative evaluation of the simulated MJO in analyses produced with a coupled data assimilation (CDA) framework developed at the National Center for Atmosphere Research. This system is based on the Community Earth System Model (CESM; previously known as the Community Climate System Model -CCSM) interfaced to a community facility for ensemble data assimilation (Data Assimilation Research Testbed – DART). The system (multi-component CDA) assimilates data into each of the respective ocean/atmosphere/land model components during the assimilation step followed by an exchange of information between the model components during the forecast step. Note that this is an advancement over many existing prototypes of coupled data assimilation systems, which typically assimilate observations only in one of the model components (i.e., single-component CDA). The more realistic treatment of air–sea interactions and improvements to the model mean state in the multi-component CDA recover many aspects of MJO representation, from its space–time structure and propagation (see Figure 1) to the governing relationships between precipitation and sea surface temperature on intra-seasonal scales. Standard qualitative and process-based diagnostics identified by the MJO Task Force (currently under the auspices of the Working Group on Numerical Experimentation) have been used to detect the MJO signals across a suite of coupled model experiments involving both multi-component and single-component DA experiments as well as a free run of the coupled CESM model (i.e., CMIP5 style without data assimilation). Short predictability experiments during the boreal winter are used to demonstrate that the decay rates of the MJO convective anomalies are slower in the multi-component CDA system, which allows it to retain the MJO dynamics for a longer period. We anticipate that the knowledge gained through this study will enhance our understanding of the MJO feedback mechanisms across the air-sea interface, especially regarding ocean impacts on the MJO as well as highlight the capability of coupled data assimilation systems for related tropical intraseasonal variability predictions. 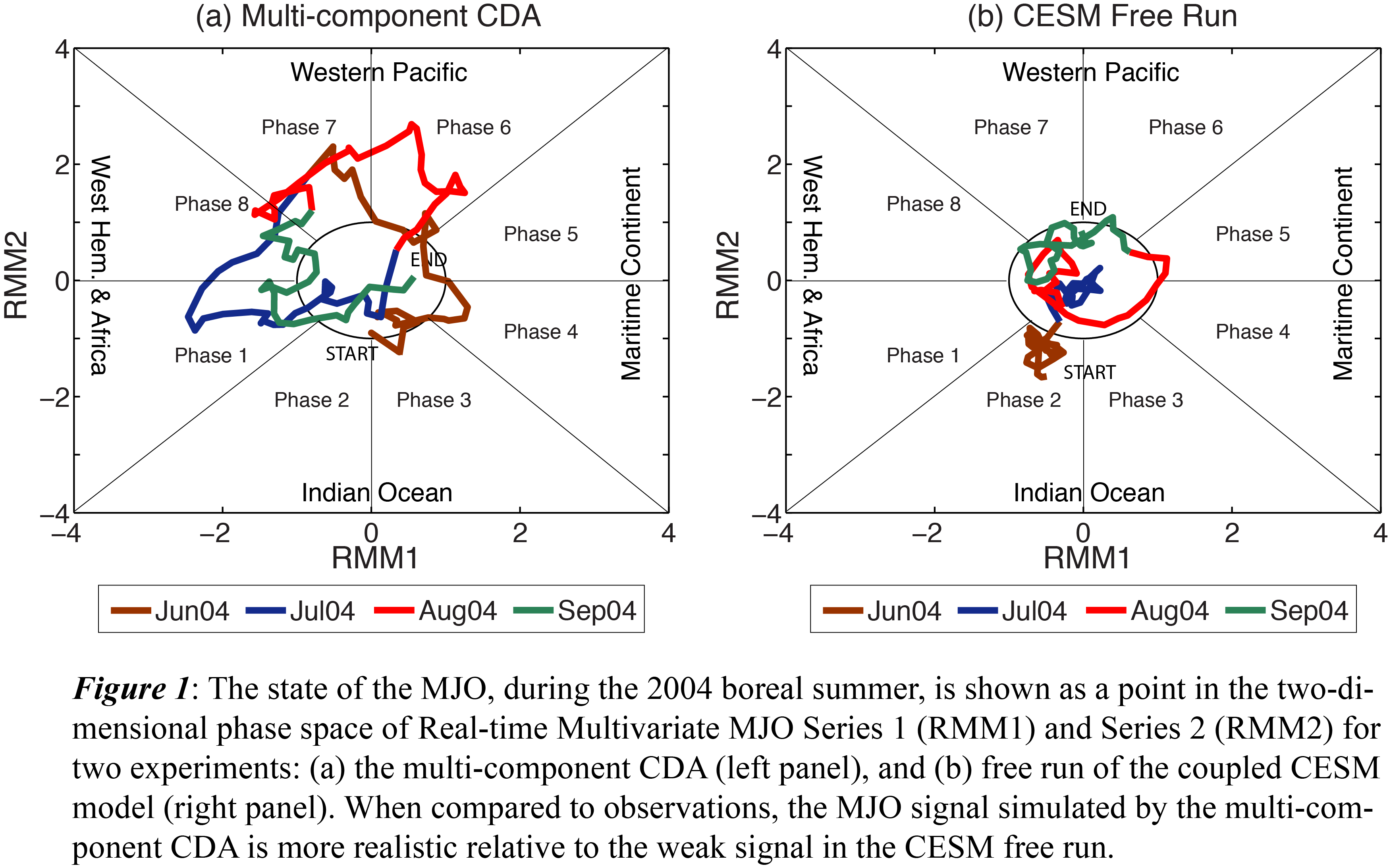