ED41A-3443:
A Relationship Between Phosphate Levels in Lake Champlain Tributaries and Soil Type and Particulate Size

Lake Champlain is a large natural fresh water lake. It forms the western boundary of Vermont and drains over half of the state. It is bordered by the state of New York on its western side and drains to the north into Quebec, Canada. Lake Champlain is the source of fresh drinking water for over quarter of a million people and provides for the livelihoods and recreational opportunities of many well beyond its borders. The health of this lake is important. During the summermonth’s algae blooms plague the lake. These unsightlygrowths, which affect other aquatic organisms, are the result of excess phosphate flowing into the lake from major tributaries.

Exploring the relationship between soil type and particulate size to phosphate levels in tributaries to the Lake Champlain basin sheds insight on potential sources of phosphate from the Lake Champlain watershed into the lake and may point topossible mitigation efforts.

Total Phosphate levels and Total Suspended Solids were measured in second and third order streams in the Lake Champlain Basin over a three-year period. These streamsfeed into the Missisquoi River and Winooski Rivers, whichflow into Lake Champlain. Soil was sampled along transects from uplands areas through the riparian corridor to the edge of the streams. These samples were then classified using the Unified Soil Classification System (USCS) and an analysis of particle size was conducted.

In general there is a correlation between higher levels of phosphate and smaller particulate size. 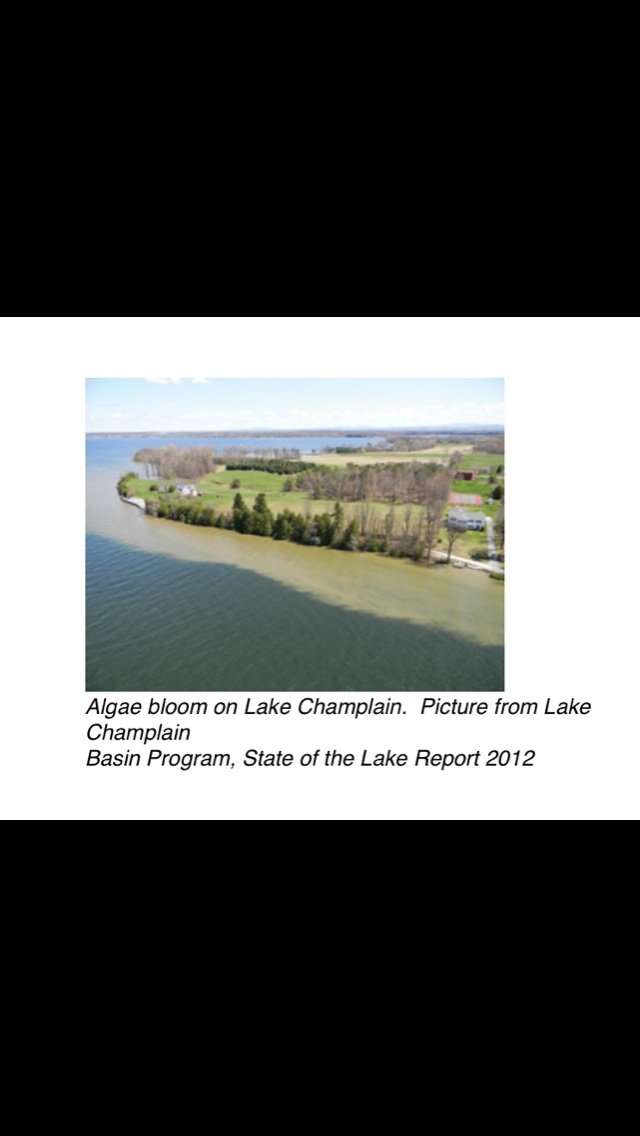