In the North American low arctic, increased retrogressive thaw slump frequency and headwall retreat rates have been linked with climate warming trends since the mid-20th century, but specific weather drivers of slump initiation timing are less clear. We examined relationships among retrogressive thaw slump initiation and annual air temperature, precipitation and snow cover using time series of satellite imagery and weather station data in northwest Alaska. Synthetic aperture RADAR and optical imagery were used to examine retrogressive thaw slump initiation between 1997 and 2010. Over 80% of the slump features examined in this study first appear within a 13 month span from late June 2004 to July 2005. Remote weather station data show that 2004 and 2005 are among several years exhibiting above average thawing indices and average summer temperatures between 1992 and 2011. However, 2004 is distinct from the rest of the record, with unusually warm temperatures primarily occurring early in the thaw season between April and early June, and including two intense precipitation events in May. Regional weather reported by the NOAA National Weather Service also reflects these local findings. Snowmelt timing in 2004 corresponded with warmer air temperatures and precipitation between April and May, exposing the ground surface more than two weeks earlier than average for 2001-2012 within the Noatak Basin. Future rates of thaw slump initiation may be linked with changing trends in the timing of weather, in addition to general climate warming. 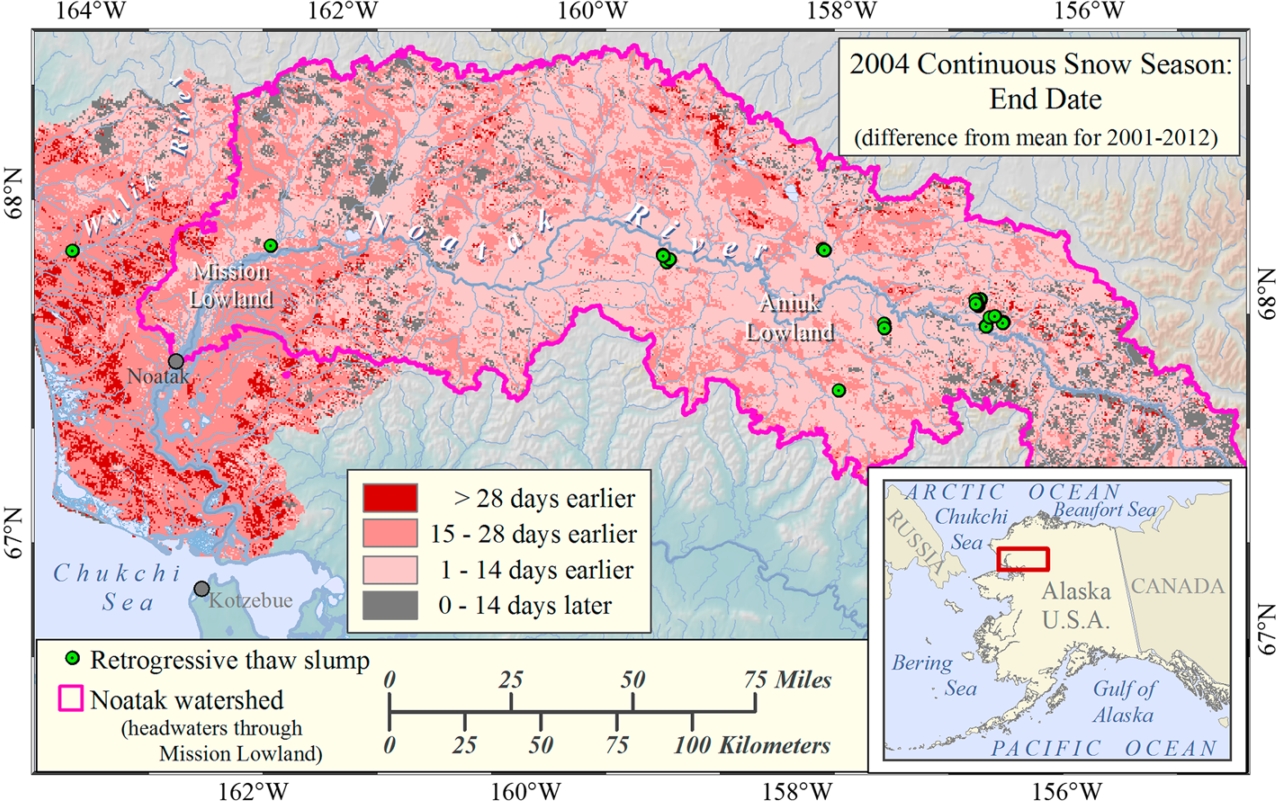