The increasing of population and size of cities in Brazil is more and more common ultimate, even in remote location like Amazon Rainforest region, e.g. Manaus, Belem. Predicting the weather and climate in large cities is remains a challenge because there are diverse processes and factors that determine or influence atmospheric condition at various time and space scales. Consequently, it is necessary to understand the mechanisms of connection between local climate (influenced by urbanization) and those due to larger scales. The weather and microclimate over Santarém city in Amazonia is poor studied and monitored. The application of meteorological models, which representing the diverse atmospheric processes at the various scales, is essential, as e.g. WRF EMS model. The addition of spatial scale data is needed for validation of these models over cities. In this paper, we describe the application of the WRF EMS model (Weather Research and Forecasting) to represent the urban-scale atmospheric conditions (1km resolution) over the Santarem city. The model was validated against observed 2 meter air temperature obtained from several points and spatial rainfall over urbanized zones of Santarém. Thermal conditions and gradients of temperature over forested and non-forested zones were clear represented by the model. The WRF model reproduces well rainfall patterns around the urban area and Tapajós river-city contacts. The main results for this model test was the Improvements in the representation of the types of land cover-Land change from the mosaics structures on the city domain, what permit all errors/bias are reduced. 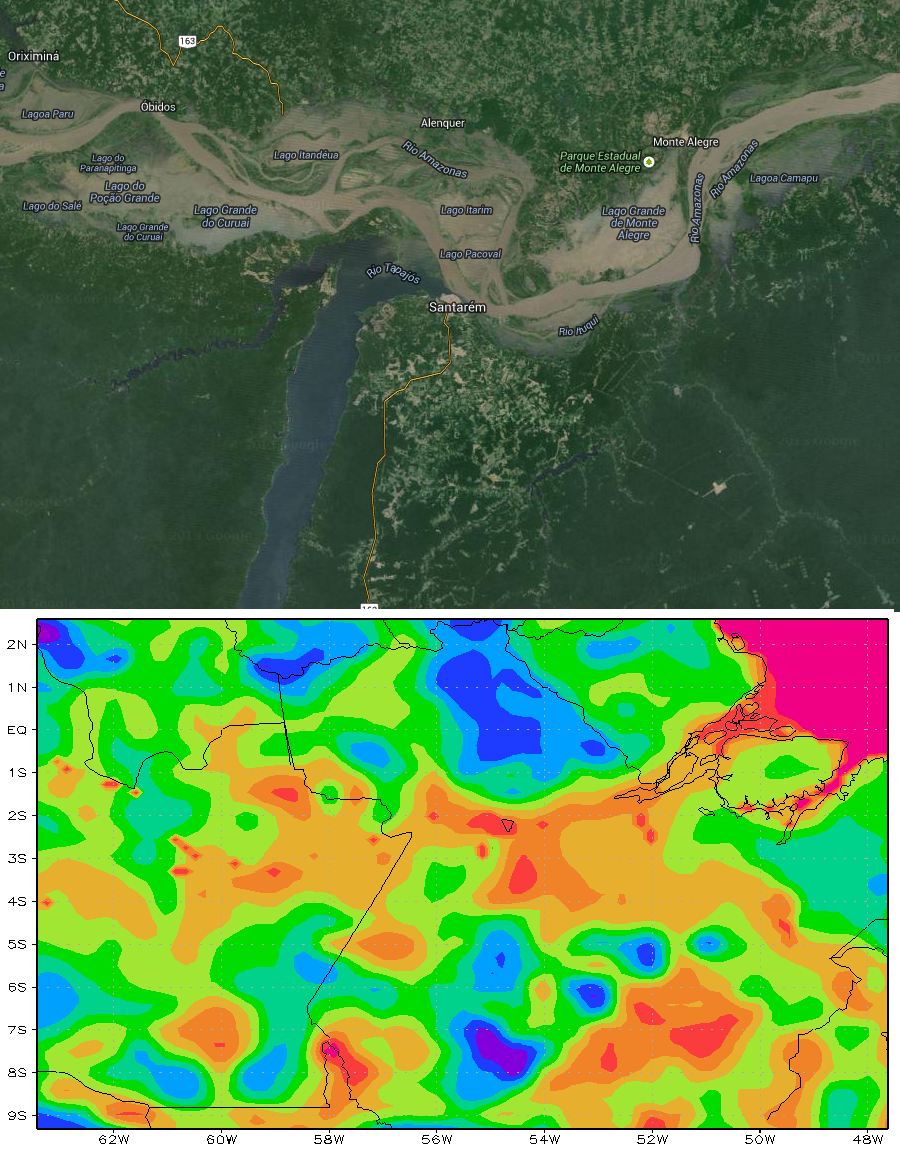