Constraining physical controls on seismic rupture of plate boundary megathrust faults is challenging due to observational limitations, but seismic, geodetic, tsunami, electromagnetic, geologic and hydrologic studies are steadily accumulating data that hold potential of advancing our understanding of subduction fault zones. Very shallow (< 15 km deep) megathrust earthquakes are rare, but intermittently occur as large tsunami earthquakes such as the 2010 Mentawai Mw 7.8 event. This rupture occurred up-dip of prior large interplate ruptures in the Sumatra subduction zone in 2007, and rupture extended all the way to the trench, but with patchy large-slip regions that can only be confidently resolved using tsunami observations. The seismic wave radiation from tsunami earthquakes is now established to be distinct from that of ruptures deeper on the megathrust, but the controlling factors are not well-resolved. Smaller events at shallow depths tend to have diverse rupture processes, but some are also anomalously depleted in short-period radiation, suggesting that the shallow environment has variable scale-lengths of frictional heterogeneity. At the other end of the megathrust, large events deeper than about 35 km tend to have modest enhancement of short-period seismic wave radiation, with somewhat lower slope to their short-period source spectra than typical of shallower events. The controlling process are also not well-resolved for this behavior. These depth-variations of megathrust earthquake source spectra are one class of observations that may relate to pressure- and temperature-dependent evolution of the megathrust from the trench to decoupling depths near 45-50 km. Other attributes of seismic sources, such as static stress drop and moment-scaled radiated energy have large variability, but do not show systematic variations with depth on the megathrust, so some attributes of earthquake processes are not strongly influenced by evolving conditions of the plate boundary. We explore these issues based on a recent seismological study of all large interplate earthquakes from 1990-2014 combined with detailed investigations of several recent large and great earthquakes for which we have unprecedented geophysical data sets. 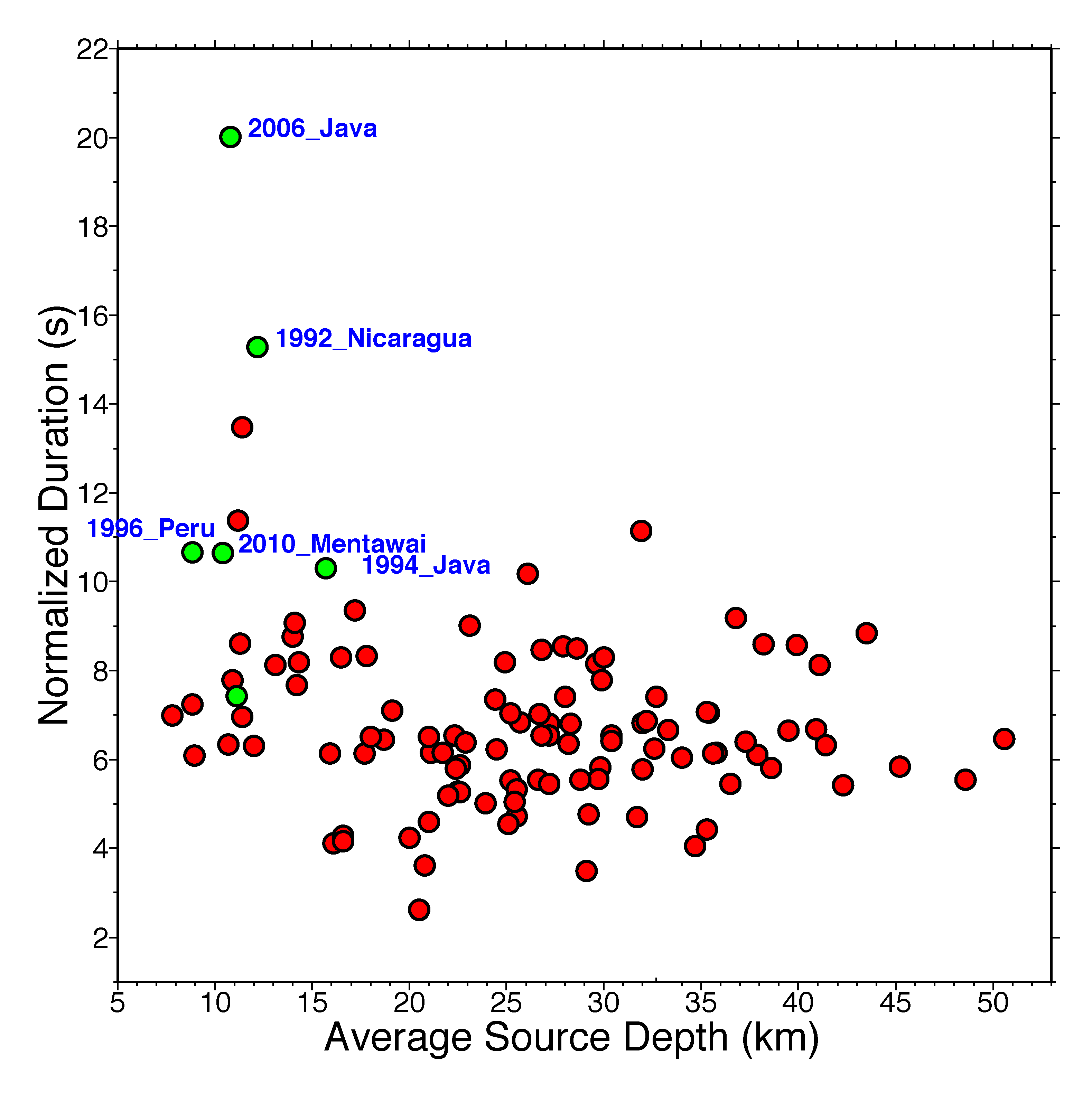