The New Horizons mission is due to fly-by the Pluto system in Summer 2015 and provides the first opportunity to image the Pluto surface in detail, allowing both the appearance and number of its crater population to be studied for the first time. Bray and Schenk (2014) combined previous cratering studies and numerical modeling of the impact process to predict crater morphology on Pluto based on current understanding of Pluto’s composition, structure and surrounding impactor population. Predictions of how the low mean impact velocity (~2km/s) of the Pluto system will influence crater formation is a complex issue. Observations of secondary cratering (low velocity, high angle) and laboratory experiments of impact at low velocity are at odds regarding how velocity controls depth-diameter ratios: Observations of secondary craters show that these low velocity craters are shallower than would be expected for a hyper-velocity primary. Conversely, gas gun work has shown that relative crater depth increases as impact velocity decreases. We have investigated the influence of impact velocity further with iSALE hydrocode modeling of comet impact into Pluto. With increasing impact velocity, a projectile will produce wider and deeper craters. The depth-diameter ratio (d/D) however has a more complex progression with increasing impact velocity: impacts faster than 2km/s lead to smaller d/D ratios as impact velocity increases, in agreement with gas-gun studies. However, decreasing impact velocity from 2km/s to 300 m/s produced smaller d/D as impact velocity was decreased. This suggests that on Pluto the deepest craters would be produced by ~ 2km/s impacts, with shallower craters produced by velocities either side of this critical point. Further simulations to investigate whether this effect is connected to the sound speed of the target material are ongoing. The complex relationship between impact velocity and crater depth for impacts occurring between 300m/s and 10 km/s suggests that there might be a larger range of ‘pristine’ crater depths on Pluto than on bodies with higher mean impact velocity. This might affect our ability to define a pristine crater depth as a starting point for crater infill and relaxation studies. 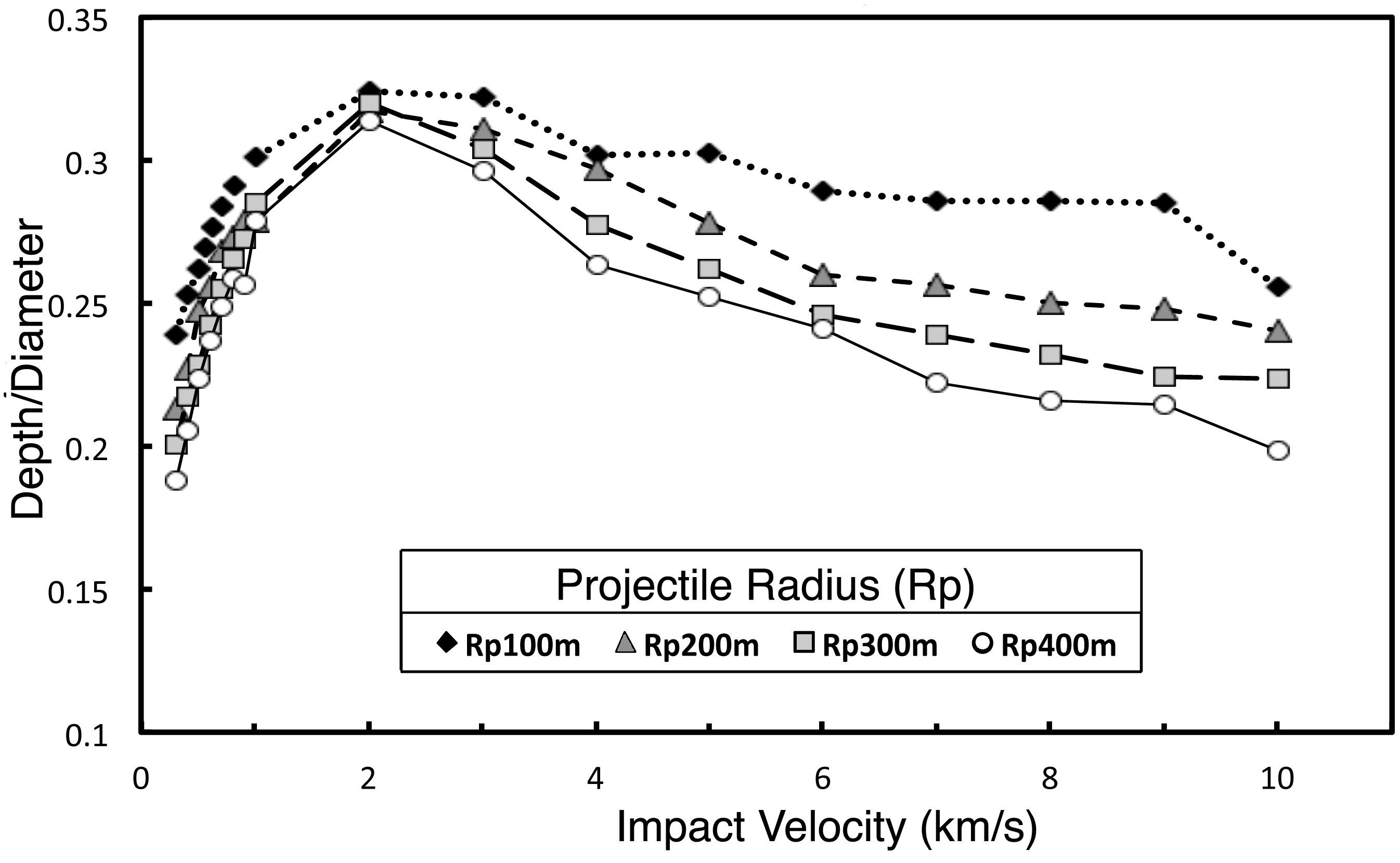