In the night of June 12, 1962 three inmates used a raft made of raincoats
to escaped the ultimate maximum security prison island Alcatraz in San
Francisco, United States. History is unclear about what happened to
the escapees. At what time did they step into the water, did they
survive, if so, where did they reach land?

The fate of the escapees has been the subject of much debate: did they
make landfall on Angel Island, or did the current sweep them out of
the bay and into the cold pacific ocean?

In this presentation, we try to shed light on this historic case using a
visualization of a high-resolution hydrodynamic simulation of the San Francisco Bay, combined with historical tidal records. By reconstructing the hydrodynamic conditions and using a particle based simulation of the escapees we show possible scenarios. The interactive model is visualized using both a 3D photorealistic and web based visualization.

The "Escape from Alcatraz" scenario demonstrates the capabilities of the 3Di platform. This platform is normally used for overland flooding (1D/2D). The model engine uses a quad tree structure, resulting in an order of magnitude speedup. The subgrid approach takes detailed bathymetry information into account. The inter-model variability is tested by comparing the results with the DFlow Flexible Mesh (DFlowFM) San Francisco Bay model.

Interactivity is implemented by converting the models from static programs to interactive libraries, adhering to the Basic Model
Interface (BMI). Interactive models are more suitable for answering
exploratory research questions such as this reconstruction effort.

Although these hydrodynamic simulations only provide circumstantial
evidence for solving the mystery of what happened during the foggy dark
night of June 12, 1962, it can be used as a guidance and provides an
interesting testcase to apply interactive modelling. 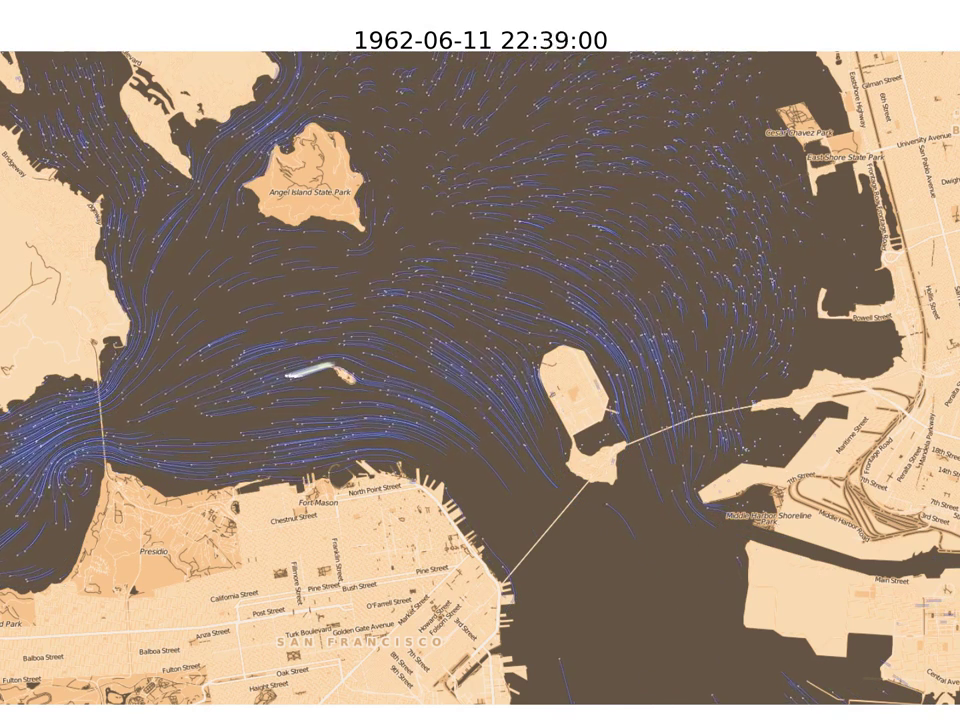