Amazon basin during the wet season is one of the few places on Earth where “natural atmosphere”, as it is expected to be in pre-industrial era, can be observed. Atmosphere in clean Amazonia can be regarded as a baseline state of tropical atmosphere. Its hydrological cycle is extreme active, as well as its convection. Several scientific questions with respect to convection remain unclear. Diurnal cycle of convection is far from adequately represented in numeric models. Precipitation typically occurs in models in the first few hours in the morning, whereas actual rain occurs mostly in the early afternoon. Convection parameterizations lack the ability to represent it adequately due to the models coarse resolution of parameterizations compared to the spatial scale of shallow convection. An adequate comprehension of shallow to deep convection transition is critical to improve convection representation in models. To reach this goal, long term measurements that could characterize clouds and convection diurnal cycle are fundamental. The implementation of ACONVEX (Atmospheric CONVection EXperiment) site, situated 50 km upwind from the megacity of Manaus ( -2.894263S°, -59.971452W) aims to fill the existent gap in long term measurements. It is designed to make measurements for more than 10 yrs, and characterize cloud properties in a climatological perspective. The site started its operation in August, 2011, initially with the Raman Lidar. Present time instrumentation set comprises: 1) UV Lidar Raman, 2) CIMEL Sunphotometer, 3) MultiFilter shadow band Radiometer (MFR), 4) GNSS/GPS Receiver, 5) Vertical Pointing Radar, 6) Disdrometer, 7) Ceilometer, 8) Met station. Two sky imagers and a microwave radiometer are about to be operated and will be able to derive 1) Cloud Cover, 2) Cloud Top and Cloud Base Heights, 3) Liquid Water Content, 4) Integrated Precipitable Water, 5) PBL Height, 6) Rain Rate (vertical profile and at surface). In this poster we discuss the site in more detail, as well as recent results (with special focus to the period Oct/2012-Jul/2013) and future perspectives. 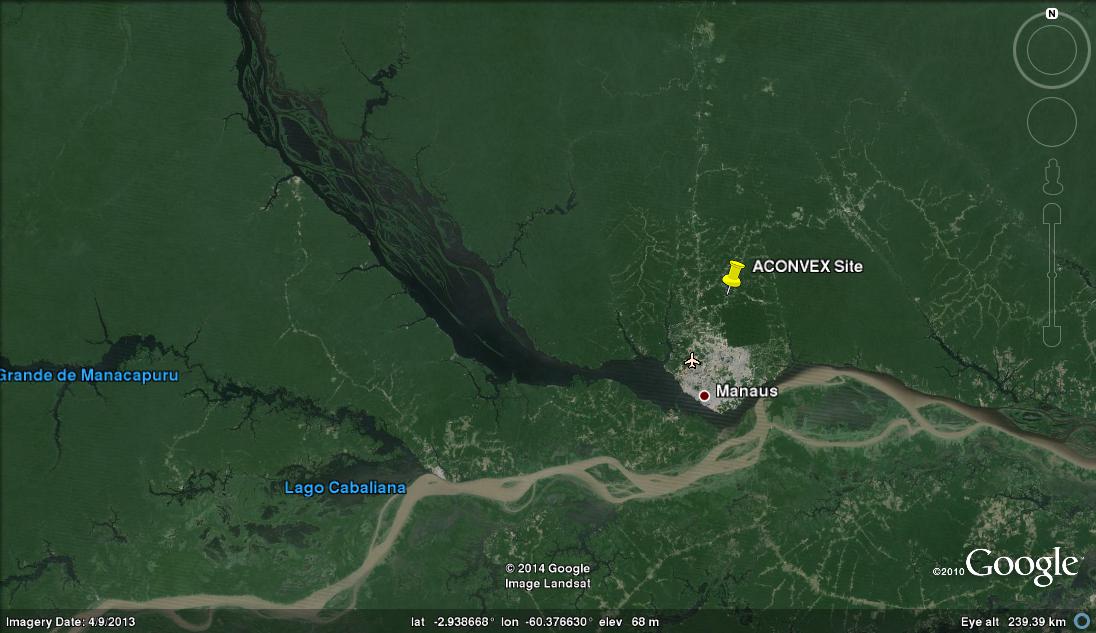