In October 2013, graduate student members of the University of Hawaii Geophysical Society designed a small-scale model research vessel (R/V) that uses sonar to create 3D maps of a model seafloor in real-time. This pilot project was presented to the public at the School of Ocean and Earth Science and Technology’s (SOEST) Biennial Open House weekend. An estimated 7,600 people attended the two-day event, including children and teachers from Hawaii’s schools, home school students, community groups, families, and science enthusiasts. Our exhibit demonstrated real-time sonar mapping of a cardboard volcano using a toy size research vessel on a fixed 2D model ship track suspended above a model seafloor. Sound wave travel times were recorded using an unltrasonic emitter/receiver attached to an Arduino microcontroller platform, while the same system measured displacement along the ship track. This data was streamed through a USB connection to a PC running MatLab, where a 3D model was updated as the ship collected data. Our exhibit demonstrates the practical use of complicated concepts, like wave physics and data processing, in a way that even the youngest elementary students are able to understand. It provides an accessible avenue to learn about sonar mapping, and could easily be adapted to talk about bat and marine mammal echolocation by replacing the model ship and volcano. The exhibit received an overwhelmingly positive response from attendees, and has inspired the group to develop a more interactive model for future exhibitions, using multiple objects to be mapped that participants could arrange, and a more robust ship movement system that participants could operate. 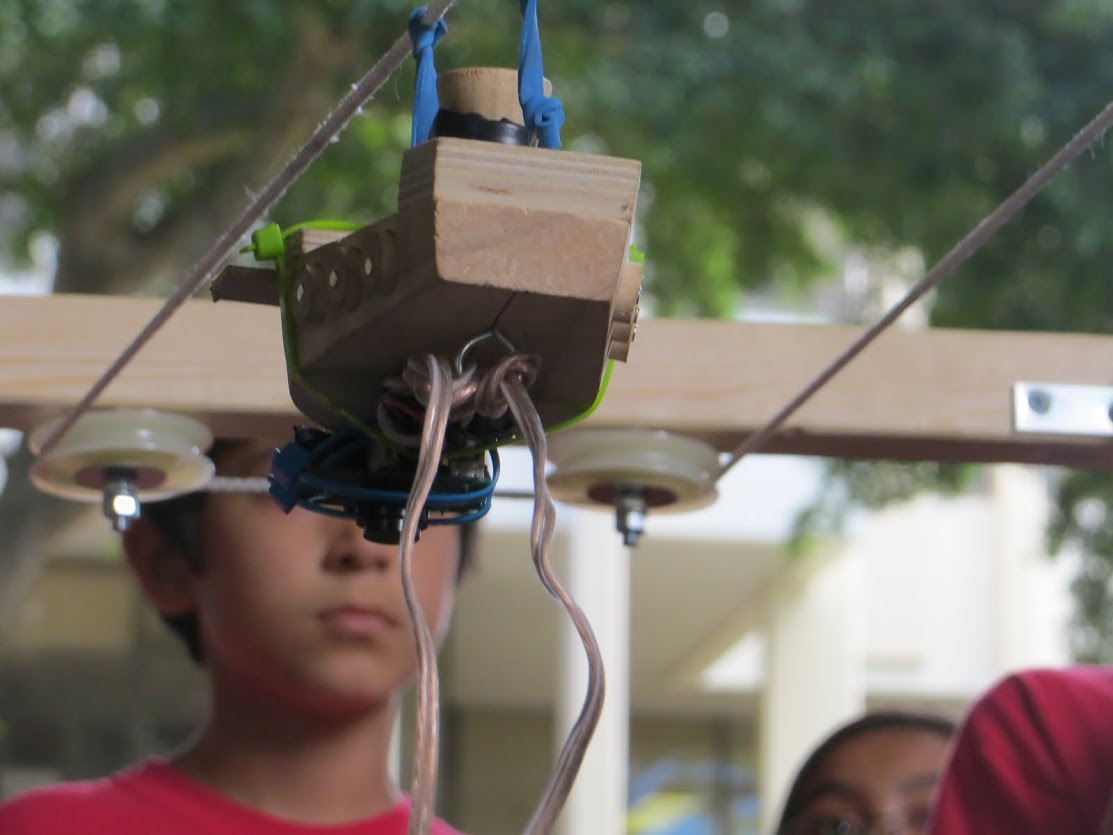