B54C-02:
The spectrum of natural forest disturbances and the Amazon forest carbon balance

Estimates of the atmospheric accumulation of anthropogenic CO2 emissions indicate a large terrestrial carbon sink in recent decades. Intact tropical forests may contribute a substantial fraction of this. While current estimates are based on data from forest inventory plots, these plot studies have been criticized for failure to represent landscape scale processes especially the frequency of severe natural disturbances. Here we characterize the frequency distribution of disturbance events in natural forests from 0.01 ha to 2,651 ha size throughout Amazonia using a novel combination of forest inventory, airborne lidar and satellite remote sensing data. We find that small-scale mortality events are responsible for aboveground biomass losses of about 88.3% over the entire Amazon region. We also find that intermediate-scale disturbances account for losses around 12.7%, and that the largest-scale disturbances as a result of blow-downs only accounts for losses of around 0.02%. Stochastic simulation of growth and mortality based on data from the forest plot census network and the region-wide disturbance spectrum together indicate that rare large disturbances are outweighed by the net biomass gains measured, supporting the inference of a substantial carbon sink in old-growth Amazon forests. 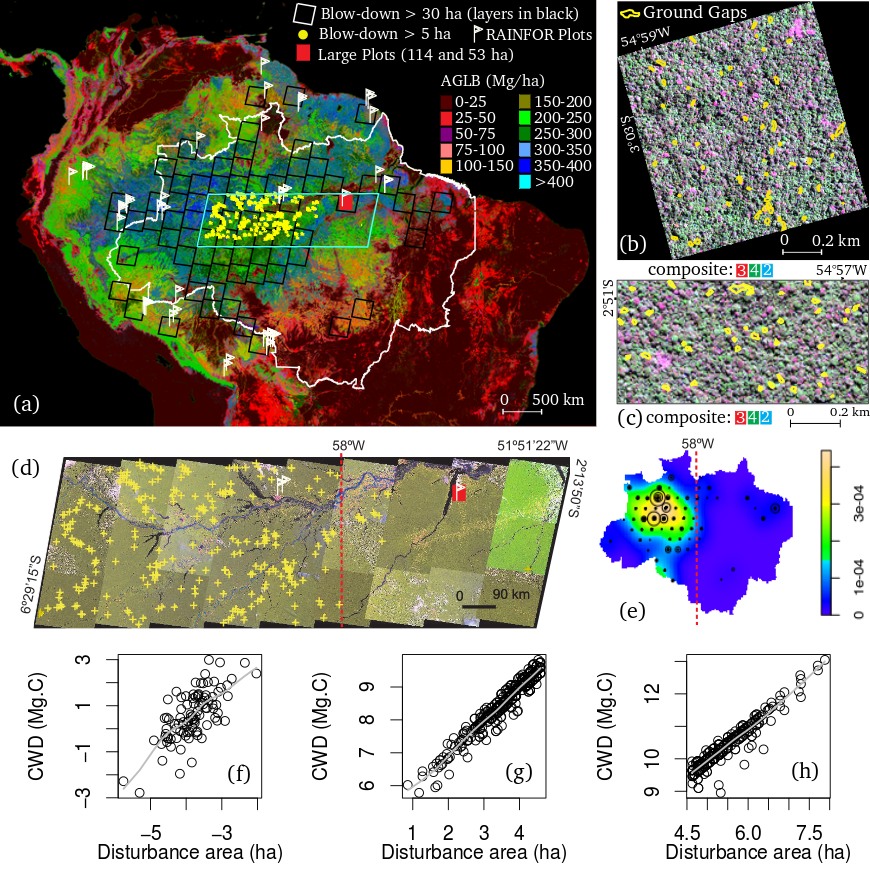