On 27 February 2014, at 21:20 GMT, the United States Wide Area Augmentation System (WAAS) service over Eastern Alaska and Northeastern Continental United States (CONUS) was disrupted. This study presents the space weather conditions leading up to and during the WAAS disruption. An X5-class solar flare, the strongest to date in 2014, was observed by multiple spacecraft on 25 February at 05:00 UT. However, the source of this flare was well off the Sun-Earth line and the coronal mass ejection (CME) associated with the event arrived at Earth with a glancing blow. An NGDC product based on NOAA’s GOES magnetometer observations and a magnetopause model indicates the magnetopause compressed to below geosynchronous orbit around the time of the event. However, global geomagnetic activity was moderate and not generally expected to result in a significant WAAS degradation. This study summarizes the WAAS anomaly in the context of comprehensive space weather environmental characterization and highlights the value of geomagnetic activity indicators (e.g., magnetopause location) for situational awareness and predicting space weather geoeffectiveness. 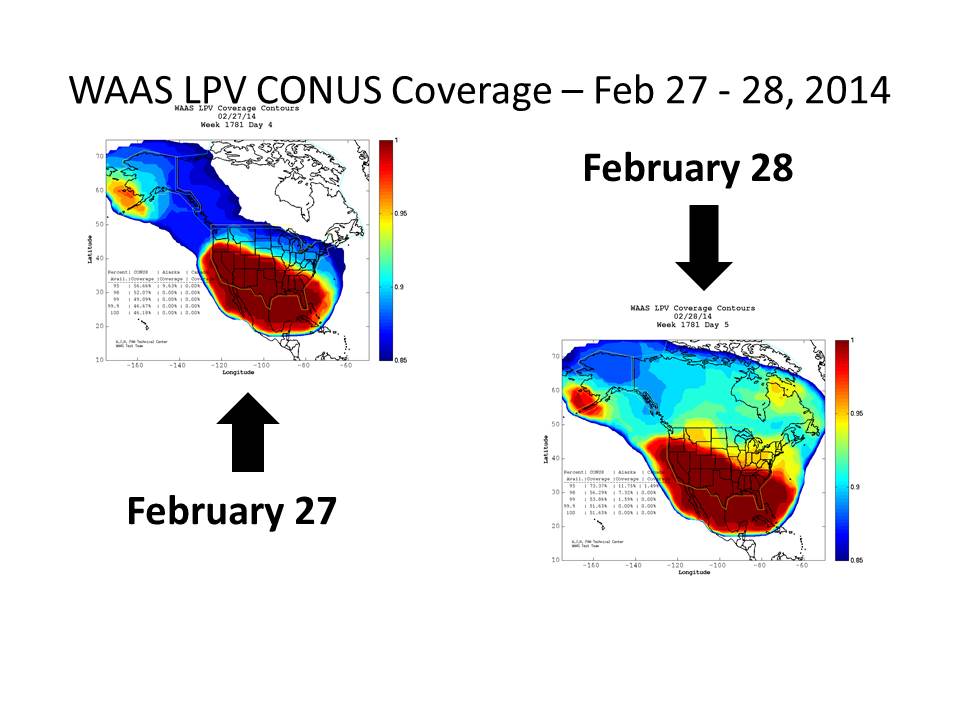