H43R-02:
Experiments on Plume Spreading by Engineered Injection and Extraction

The notion that groundwater remediation is transport-limited emphasizes the coupling between physical (i.e., hydrodynamic), geochemical, and microbiological processes in the subsurface. Here we leverage this coupling to promote groundwater remediation using the approach of engineered injection and extraction. In this approach, inspired by the literature on chaotic advection, uncontaminated groundwater is injected and extracted through a manifold of wells surrounding the contaminated plume. The potential of this approach lies in its ability to actively manipulate the velocity field near the contaminated plume, generating plume spreading above and beyond that resulting from aquifer heterogeneity. Plume spreading, in turn, promotes mixing and reaction by chemical and biological processes. Simulations have predicted that engineered injection and extraction generates (1) chaotic advection whose characteristics depend on aquifer heterogeneity, and (2) faster rates and increased extent of groundwater remediation. This presentation focuses on a complimentary effort to experimentally demonstrate these predictions experimentally. In preparation for future work using refractive index matched (RIM) porous media, the experiments reported here use a Hele-Shaw apparatus containing silicone oil. Engineered injection and extraction is used to manipulate the geometry of an initially circular plume of black pigment, and photographs record the plume geometry after each step of injection of extraction. Image analysis, using complimentary Eulerian and Lagrangian approaches, reveals the thickness and variability of the dispersion zone surrounding the deformed plume of black pigment. The size, shape, and evolution of this dispersion zone provides insight into the interplay between engineered injection and extraction, which generates plume structure, and dispersion (here Taylor dispersion), which destroys plume structure. These experiments lay the groundwork for application of engineered injection and extraction at field sites where improvements to the rate, extent, and cost of remediation are hoped. 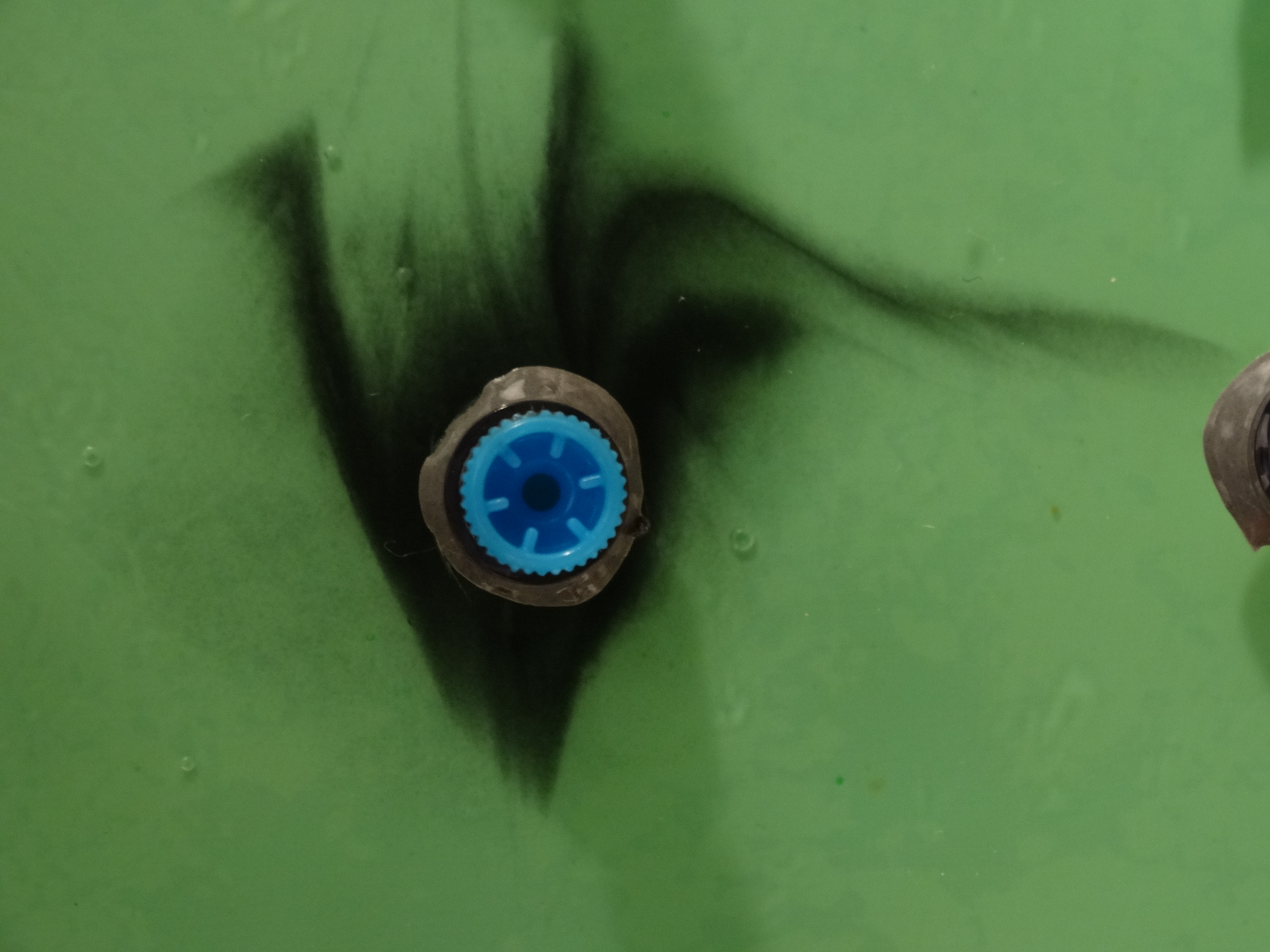