Despite recent studies demonstrating the importance of rock moisture as a source of water to vegetation, much remains unknown regarding species-specific and seasonal patterns of water uptake in a Mediterranean climate. Here, we use stable isotopes of water (d18O, dD) to define the isotope composition of water throughout the subsurface critical zone of Rivendell, within the Eel River Critical Zone Observatory. We find that a structured heterogeneity of water isotope composition exists in which bulk saprolite is chronically more negative than bulk soil, and tightly held moisture is more negative than the mobile water that recharges the saturated zone and generates runoff. These moisture reservoirs provide a blueprint from which to measure the seasonal uptake patterns of different species collocated on the site. Douglas-firs use unsaturated saprolite and weathered bedrock moisture (i. e. rock moisture) throughout the year. Contrastingly, hardwood species (madrone, live oak, tanoak) modify their source water depending on which moisture is energetically favorable. Hardwoods use freely mobile water in the wet season, and rely on unsaturated zone soil moisture in the dry season. When soil water tension decreases on the drier south-facing slope, hardwood species use saprolite moisture. Although adjacent hardwoods and Douglas-firs partition water based on matric pull on the north side, there is competition for saprolite moisture in late summer on the south side. These results reveal the eco-hydrological importance of moisture derived from weathered bedrock, and show that the hardwoods have a competitive advantage under the drier conditions predicted in many climate models. Finally, the data emphasize that isotope measurements of all subsurface reservoirs and potential water sources are necessary for a complete and accurate characterization of the eco-hydrological processes within the critical zone. 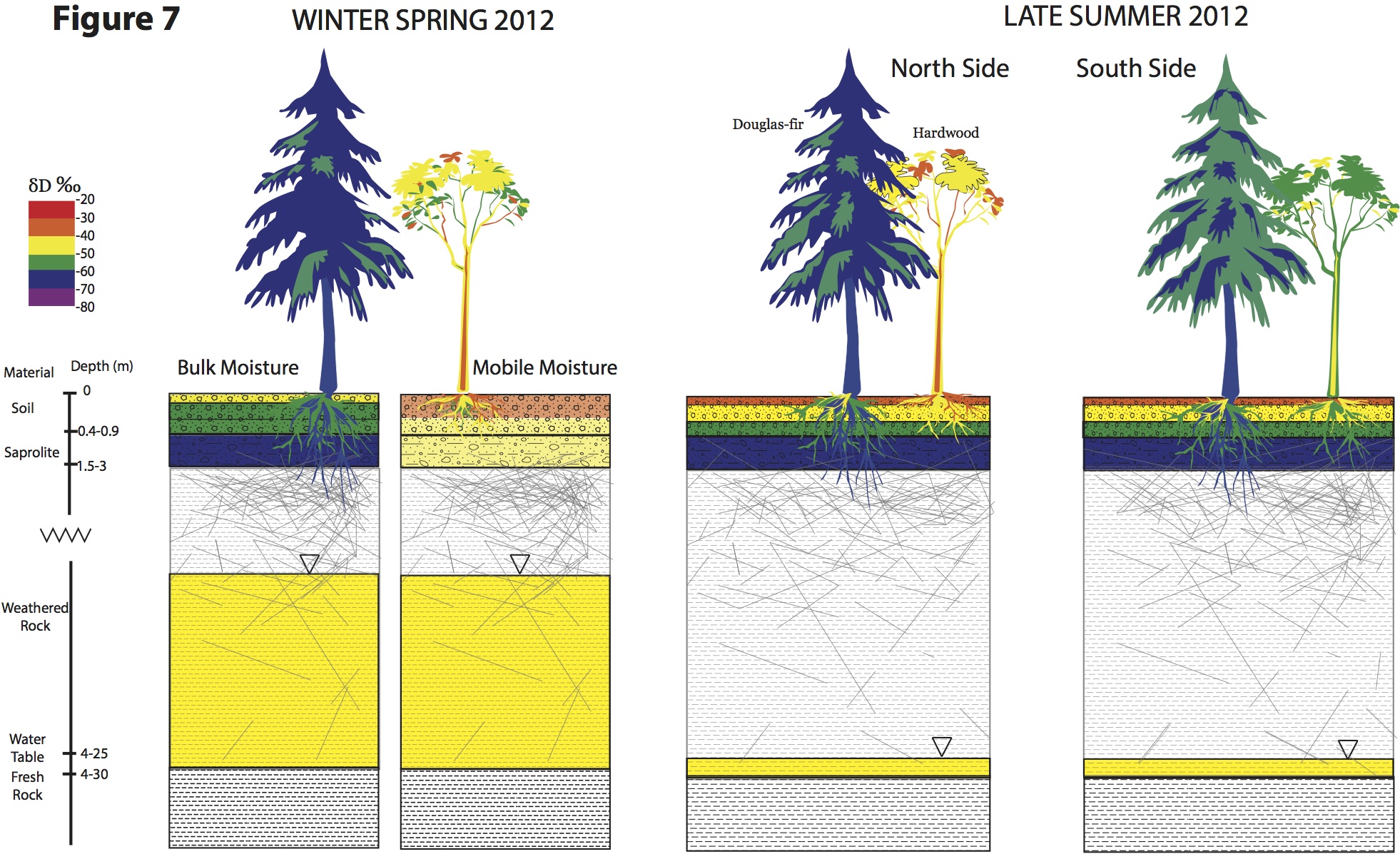