Many subduction zones retreat while hotspots remain sufficiently stable in the mantle to provide an approximate reference frame. As a consequence, the mantle can be thought of as an unusual convecting system which self-organises to promote frequent collisions of downgoing material with upwellings.

We present three 3D numerical models of subduction where buoyant material from a plume head and an associated ocean-island chain or plateau produce flat slab subduction and deformation of the over-riding plate. We observe transient instabilities of the convergent margin including: contorted trench geometry; trench migration parallel with the plate margin; folding of the subducting slab and orocline development at the convergent margin; and transfer of the plateau to the overriding plate.

The presence of plume material beneath the oceanic plateau causes flat subduction above the plume, resulting in a “bowed” shaped subducting slab. In the absence of a plateau at the surface, the slab can remain uncoupled from the over-riding plate during very shallow subduction and hence there is very little shortening at the surface or advance of the plate boundary.

In a plateau-plus-plume model, accretion is associated with rapid trench advance as the flat slab drives the plateau into the margin. This indentation stops once a new convergent boundary forms close to the original trench location. A slab window formed beneath the accreted plateau allows plume material to flow from beneath the subducting plate to the underside of the overriding plate.

In all of these models the subduction zone maintains a relatively stable configuration away from the buoyancy anomalies within the downgoing plate. The models provide a dynamic context for plateau and plume accretion in accretionary orogenic systems. 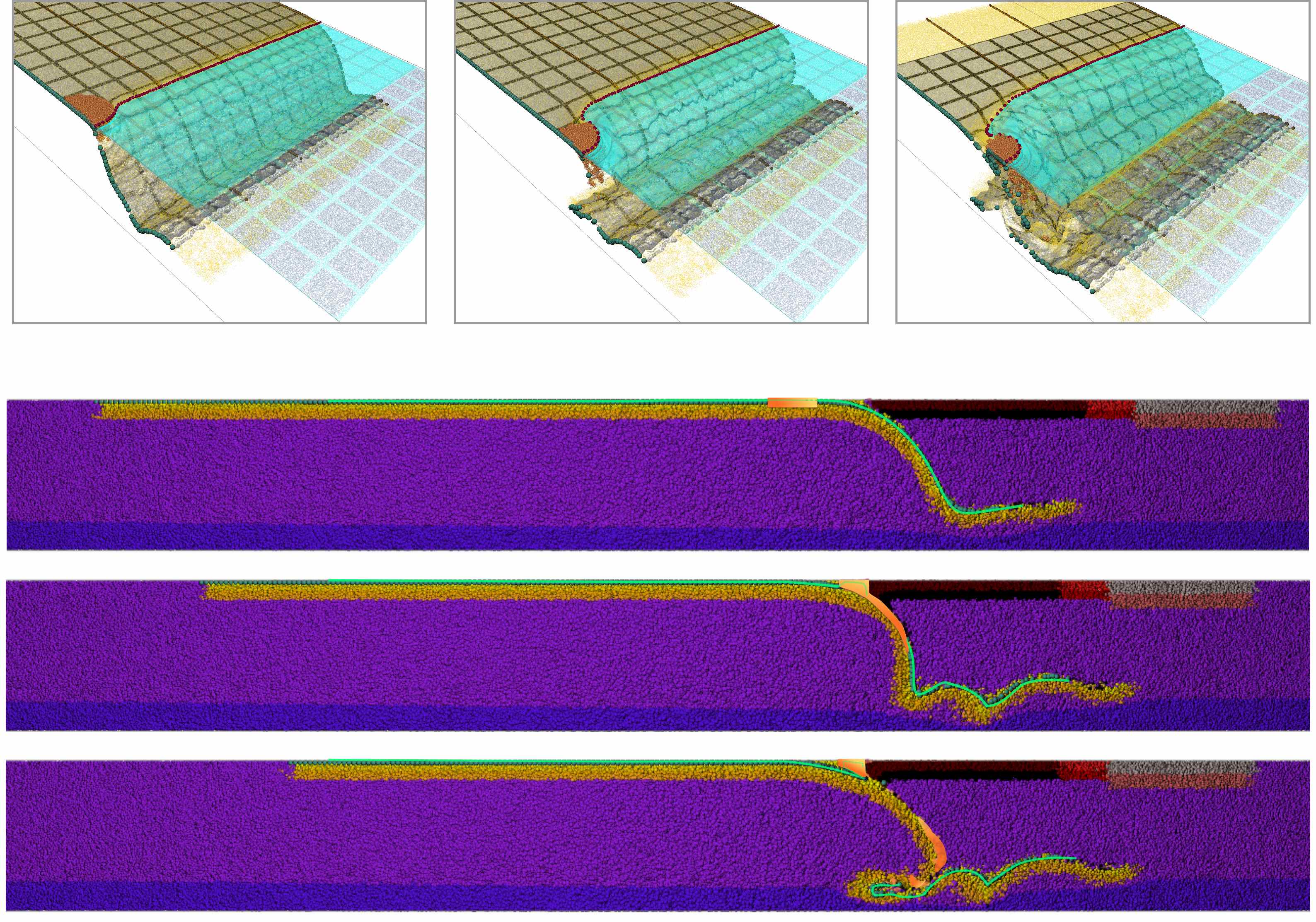