A23J-3373:
Observations of a stratospheric depletion and annual mean interhemispheric gradient in the atmospheric Ar/N2 ratio from the HIPPO Global campaign

The atmospheric Ar/N2 ratio varies on a seasonal basis due to temperature-dependent solubility changes in the surface ocean. Low signal:noise ratios, limited vertical coverage, and sampler-sampler offsets have historically hampered characterization of vertical and inter-hemispheric gradients. We present data from the HIPPO Global campaign (2009-11) showing that Ar/N2 and interannually-detrended N2O correlate well in the lower stratosphere, suggesting that, as stratospheric air ages and loses N2O to photolysis and photo-oxidation, it also gradually loses argon to gravity as the heavier atom preferentially “rains out” of the air parcel. The HIPPO Ar/N2 data from the lower troposphere also resolve seasonal cycles in each hemisphere, as well as a gradient in the annual mean between hemispheres, with higher values in the southern hemisphere. The HIPPO cycles and inter-hemispheric gradient are in good agreement with data from surface stations. 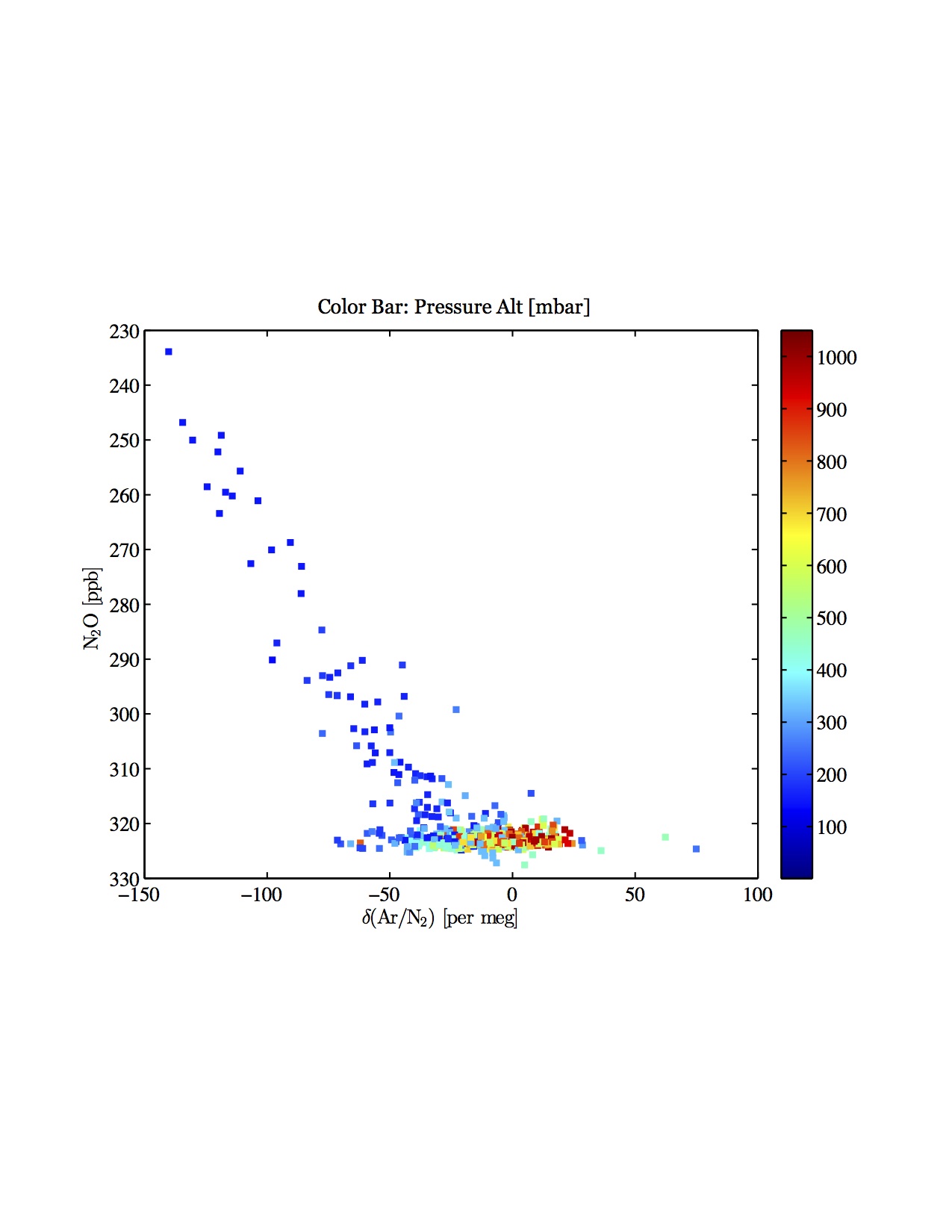