In-situ and satellite observations have shown significant reductions in the extent and thickness of Arctic sea ice, which are considered by many to be evidence of major cryospheric changes amplifying global climate change. Multiyear (MY) sea ice thinning and retreat of the oldest and thickest ice, will accelerate further ice loss. MY sea ice also represents the greatest impediment to navigation in the Arctic and greatest hazard to marine infrastructure. Recirculation of sea ice within the Beaufort Gyre is critical to the replenishment of MY ice lost from the Arctic through either melt or export. Here we analyze thickness changes of sea ice as it drifts in different regions of the Gyre.

Using a combined Eulerian-Lagrangian approach we identify satellite-tracked buoys that made repeat overpasses within 30 km of four moored ice profiling sonars (IPSs), which comprise part of the Beaufort Gyre Exploration Program (BGEP). Using the IPS data, we derive ice draft distributions corresponding to each of these overpasses, which allows tracking of changes in the ice thickness in vicinity of each buoy. Changes in modal values of ice thickness during winter agree with simple models of thermodynamic growth.In the case of one buoy that made a total of four overpasses (see figure below), a dramatic shift in a secondary modal thickness during the summer of 2007 agrees well the magnitude of melt recorded by a nearby ice mass balance buoy (IMB).

To extend the number of repeat passes, we generate pseudo-Langrangian ice drift tracks using daily gridded fields of satellite-derived ice velocity. This allows us to deploy “numerical buoys” every day anywhere in the Arctic. Using this approach we identify numerous cases where sea ice observed over one mooring persistently drifts over another. Such inter-mooring ice advection events allow us to examine how sea ice thickness distribution in the Beaufort Gyre is influenced by dynamic and thermodynamic processes processes. 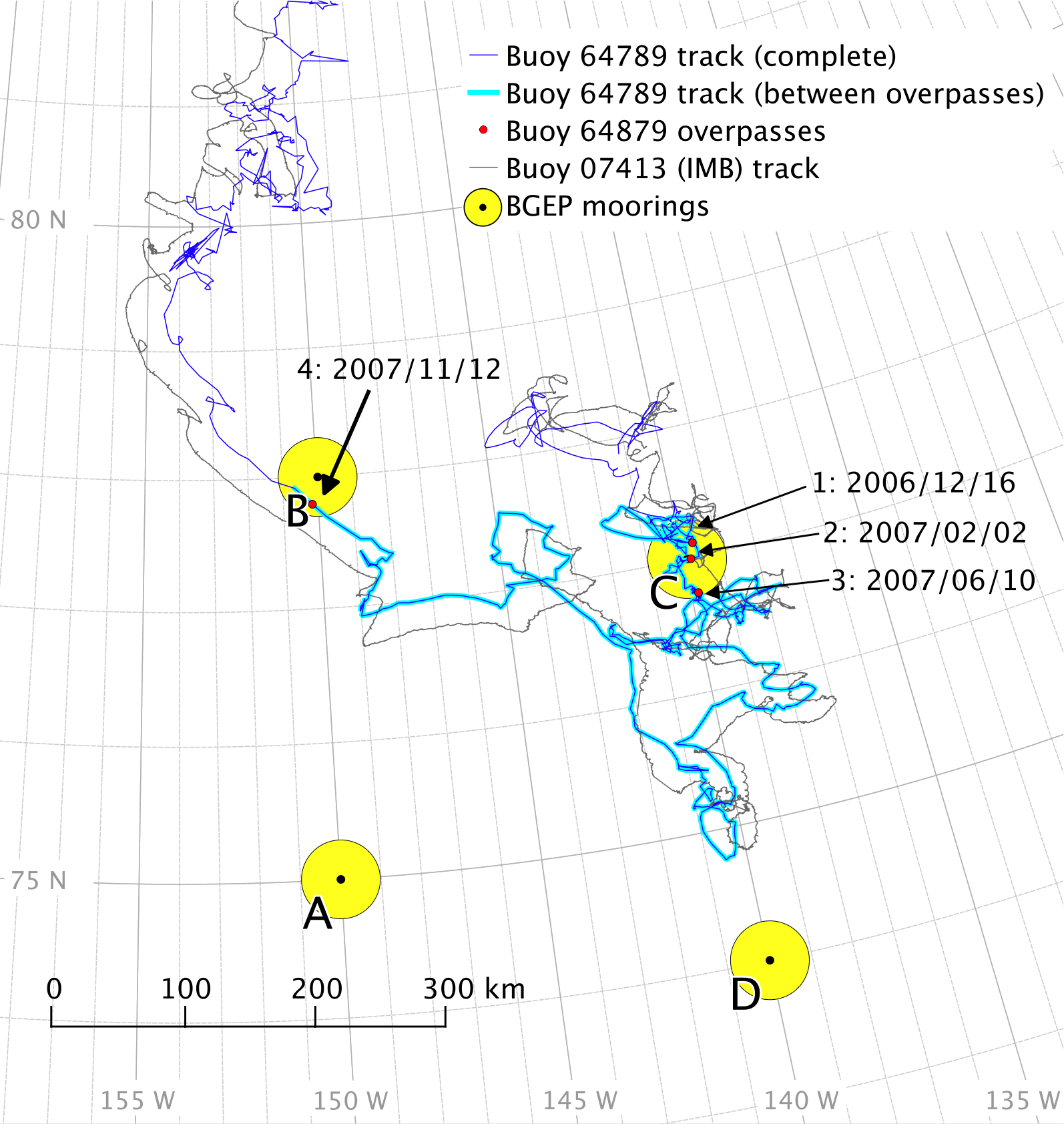