Changing seasonal sea ice conditions and seawater temperatures strongly influence biological processes and marine ecosystems at high latitudes. In the Pacific Arctic, persistent regions termed “hotspots”, are localized areas with high benthic macroinfaunal biomass that have been documented over four decades (see Figure). These regions are now being more formally tracked to relate physical forcing and ecosystem response as an Arctic Distributed Biological Observatory (DBO) supported by the US National Ocean Policy Implementation Plan and international partners. These hotspots are important foraging areas for upper trophic level benthic feeders, such as marine mammals and seabirds. South of St. Lawrence Island (SLI) in the northern Bering Sea, benthic feeding spectacled eiders, bearded seals and walruses are important winter consumers of infauna, such as bivalves and polychaetes. Gray whales have historically been a major summer consumer of benthic amphipods in the Chirikov Basin to the north of SLI, although summertime sightings of gray whales declined in the Chirikov from the 1980s up until at least 2002. The SE Chukchi Sea hotspot, as are the other hotspots, is maintained by export of high chlorophyll a that is produced locally as well as advected by water masses transiting northward through the system. Both walrus and gray whales are known to forage in this hotspot seasonally on high biomass levels of benthic prey. Notably the center of the highest benthic biomass regions has shifted northward in three of the DBO hotspots in recent years. This has coincided with changing sediment grain size, an indicator of current speed, and is also likely a response to changes in primary production in the region. Studies of these broad biological responses to changing physical drivers have been facilitated through development of the DBO cooperative effort by both US and international scientists. The DBO includes a series of coordinated, multi-trophic level observations that integrate physical, biogeochemical and biological measurements along transect lines that intersect all of the benthic hotspots. We will highlight results at three of the DBO time-series sites from the northern Bering Sea to the SE Chukchi Sea in relation to retrospective and ongoing process-oriented studies in the region. 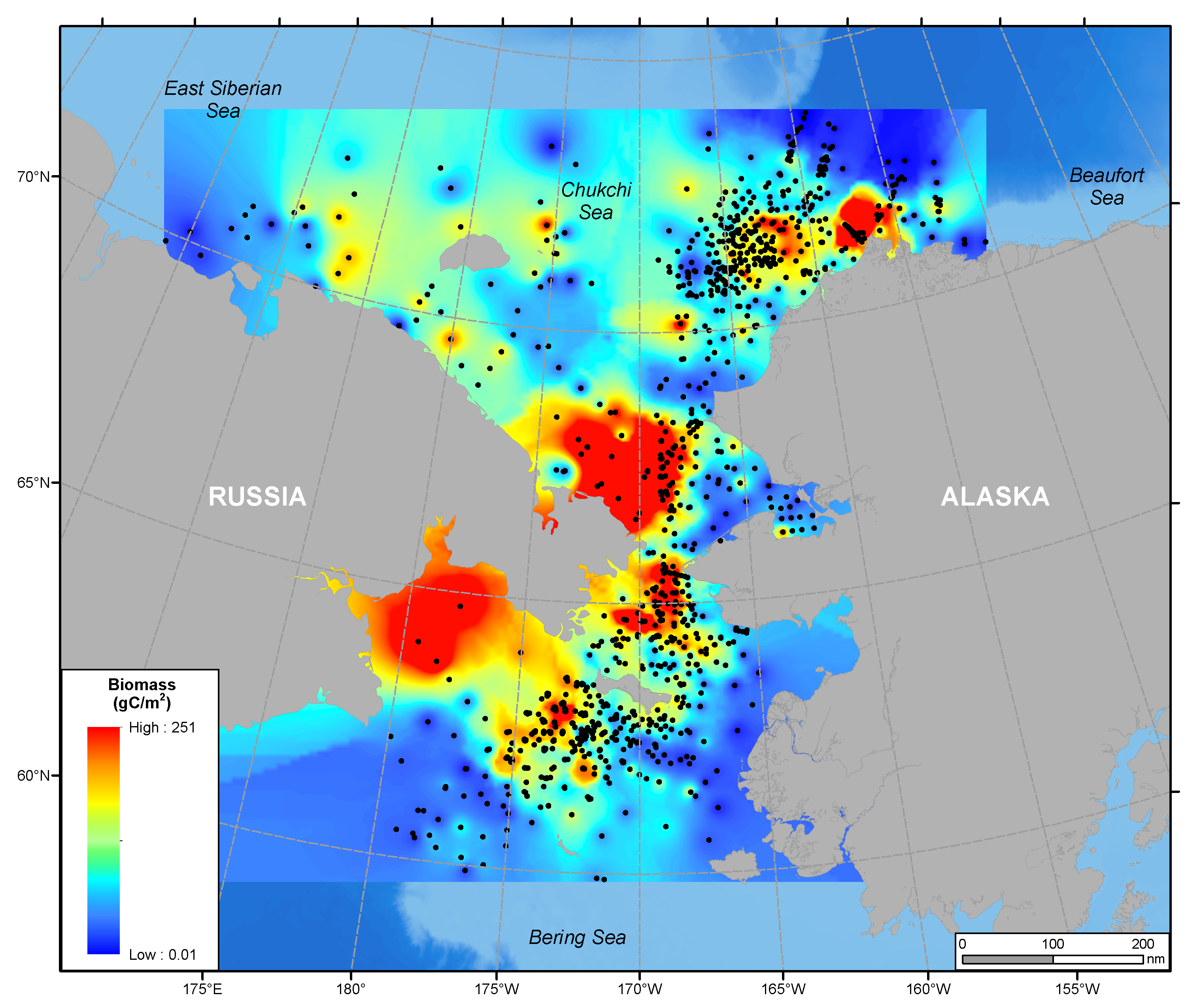