ED42A-02:
Hess Deep Interactive Lab: Exploring the Structure and Formation of the Oceanic Crust through Hands-On Models and Online Tools

Scientific ocean drilling through the International Ocean Discovery Program (IODP) has contributed extensively to our knowledge of Earth systems science. However, many of its methods and discoveries can seem abstract and complicated for students. Collaborations between scientists and educators/artists to create accurate yet engaging demonstrations and activities have been crucial to increasing understanding and stimulating interest in fascinating geological topics. One such collaboration, which came out of Expedition 345 to the Hess Deep Rift, resulted in an interactive lab to explore sampling rocks from the usually inacessible lower oceanic crust, offering an insight into the geological processes that form the structure of the Earth’s crust. This Hess Deep Interactive Lab aims to explain several significant discoveries made by oceanic drilling utilizing images of actual thin sections and core samples recovered from IODP expeditions. . Participants can interact with a physical model to learn about the coring and drilling processes, and gain an understanding of seafloor structures. The collaboration of this lab developed as a need to explain fundamental notions of the ocean crust formed at fast-spreading ridges. A complementary interactive online lab can be accessed at www.joidesresolution.org for students to engage further with these concepts. This project explores the relationship between physical and on-line models to further understanding, including what we can learn from the pros and cons of each. 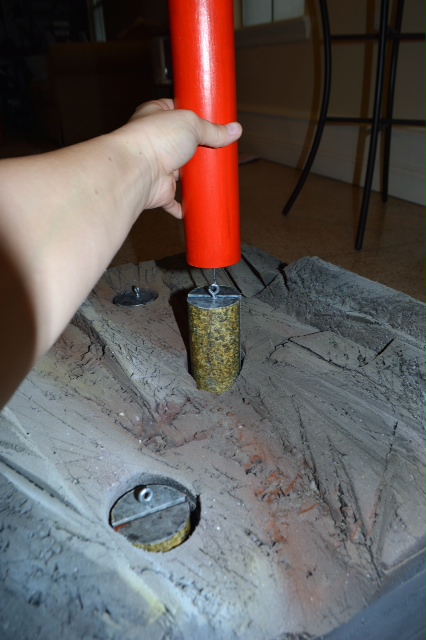