SA21A-4040:
Developing a Multi-Element Geospace Investigation to Understand the Impact of Hemispheric Assymetry

One of the fundamental questions in space science is: How is the Earth system, which is enclosed within a shielding magnetic field, influenced by the space environment? In a broader context: How important is an intrinsic magnetic field to the evolution of a planet’s atmosphere (and the development of life or of a spacefaring society)? The space science community has addressed focused aspects of this question first and only recently has begun to take an integrated view of the problem by using models to “connect the dots” between the Sun and the Earth. We are also developing new capabilities to investigate the coupling from the lower atmosphere (troposphere and stratosphere). Despite these advances, we have yet to discover how big a difference the lower atmosphere makes in the response of the upper atmosphere to geomagnetic disturbances. Furthermore addressing the larger issues (i.e., how lack of symmetry between the hemispheres causes new features to emerge and drives changes in the global system dynamics) are beyond current capabilities. There are a number of fundamental issues that need to be resolved to make further progress but the primary challenge is to remove the spatial and temporal ambiguity of measurements and to do so in an affordable way. In this paper we review the questions and formulate an integrated, observation- and model-based approach. Our primary focus is on high latitudes and, in particular, on the difference between the Northern and Southern Hemispheres both in terms of drivers and response. To address that issue we are developing a Multi-Element Geospace Investigation (MEGI) consisting of ground-, air- and space-based instruments. International collaboration is a key element as is the ability to seamlessly connect scientists and information (data and model results as well as analysis products). Our posited architecture will be discussed as will our plans to submit this concept as an NSF MREFC proposal. 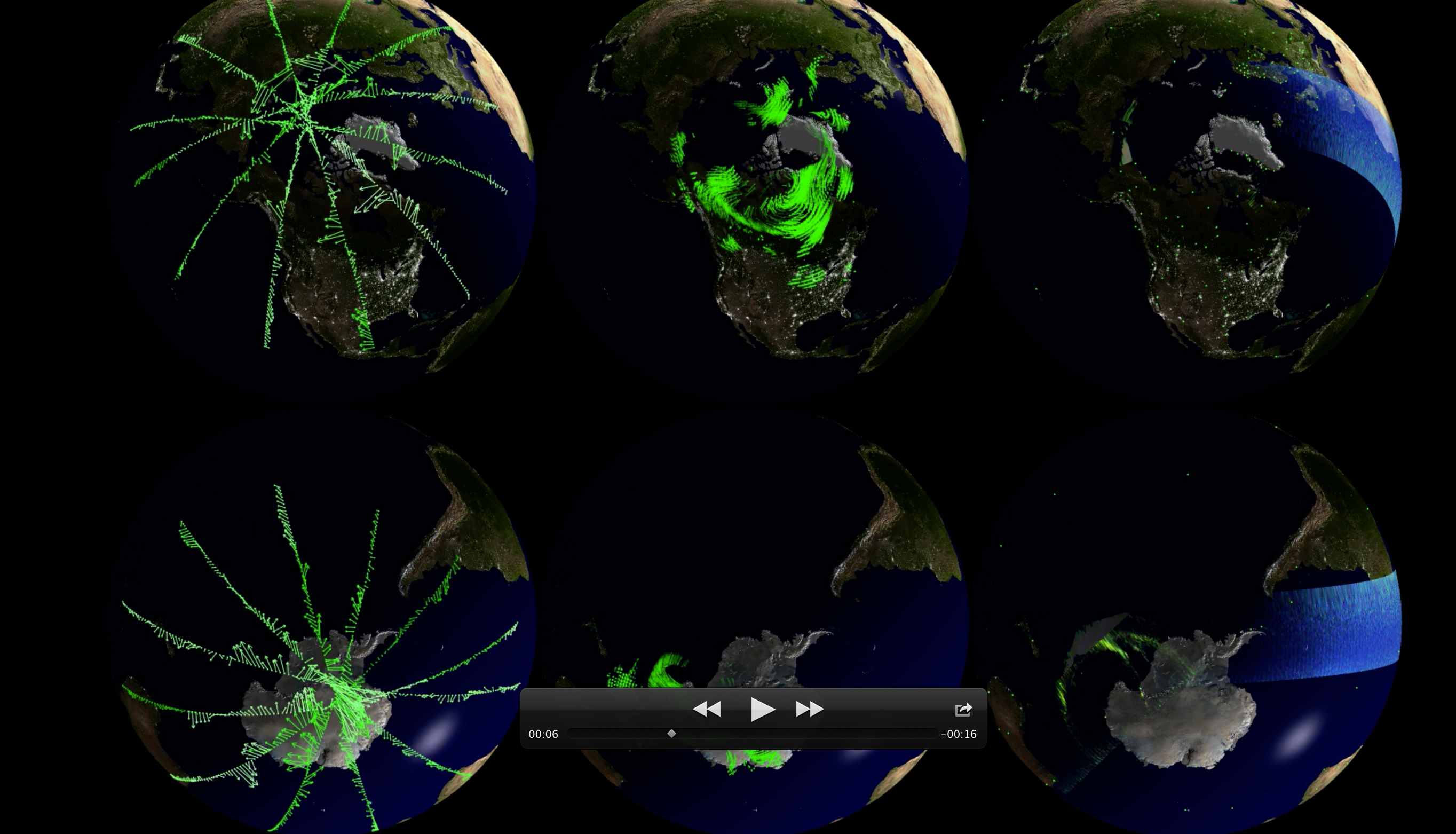