New Caledonia (SW Pacific) presents an exceptional outcrop density of ultramafic rocks on nearly 1/3 of its territory. As result of tropical weathering and dissolution of the silicates that constitute the peridotites, extensive evidences of chemical weathering are observed (dolines, enlarged fractures, epikarst). In particular the South of the Grande Terre, called « Plaine des lacs » presents a landscape but also hydraulic behaviour similar to karstic aquifers, with numerous dolines generally observed as ponds. A morphometric study of these depressions is proposed based on field observations and on automatic mapping from the DEM obtained with LIDAR technology. From SIG calculations followed by manual cleaning, a 8601 dataset of dolines is defined on a 128 km2 area, whose area varies from 1 m2 to 2 km2 area. A statistical analysis is applied on the morphometric parameters of dolines and other factors as amount of precipitation or the distance to characteristic mophologic features (ridges, rivers). Fractal and alignment analysis are presented to detect the potential relationship between dolines, the phenomena involved in their formation and evolution. The role of chemical weathering, and of mechanical erosion are discussed as well as the condition required for doline formation. A comparison with limestone karsitification is drawn. 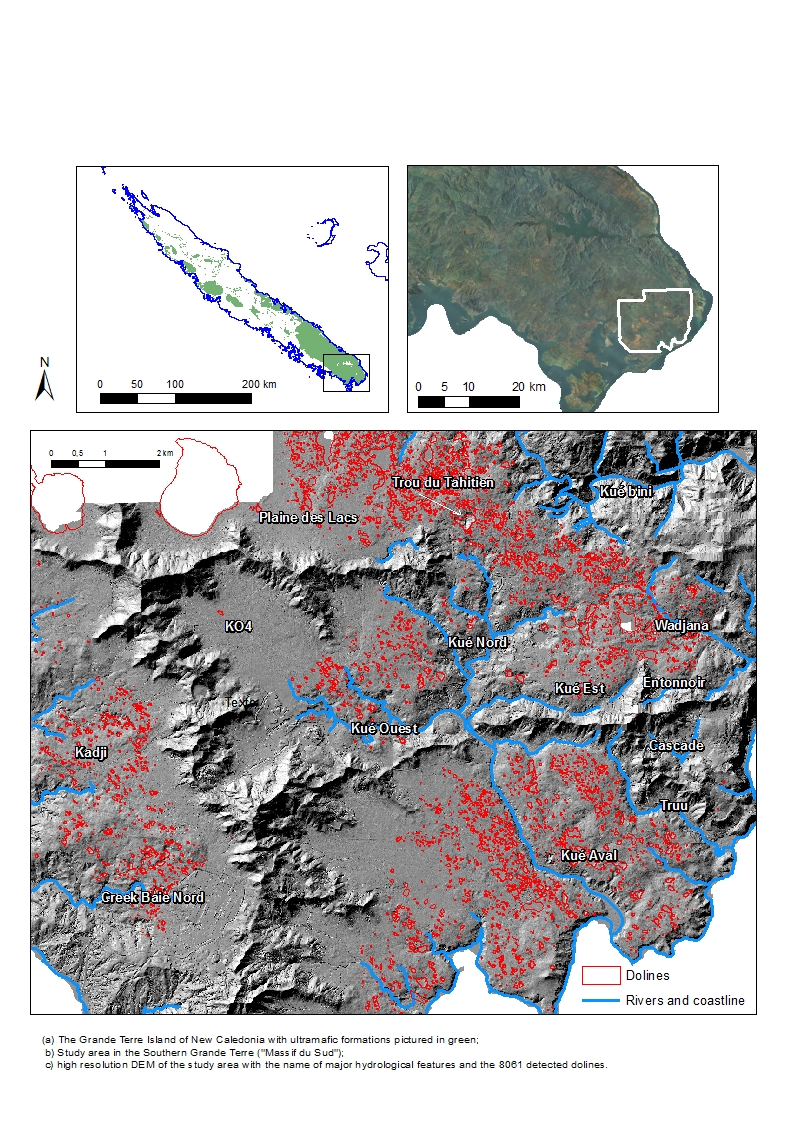