The recent Iquique Earthquake 2014 did not break as it was expected, many authors proposed a large seismic gap in northern Chile, which potentially could break as a Mw 9.0 - 9.1. The 2014 Iquique earthquake broke the middle segment of the mega-thrust zone, from 30 to 55 km along dip, reaching a magnitude Mw 8.1-8.2. The northern and southern segments are still unbroken. Thus, there still is a large area that could break Mw 8.8-8.9 with its potential tsunami. To improve tsunami hazard mapping in the near-field region, we characterize size for the largest expected seismic event, and incorporate a good description of the source parameters that controls seafloor co-seismic displacement during an earthquake. Considering this background, we generate stochastic finite fault models taking into account the geometry of the slab. We construct a set of possible earthquakes with its respective tsunamis, including the effect of the recent 2014 Iquique earthquake to study the potential impact of a tsunami in northern Chile, assuming there still is enough energy to generate a Mw 9.0 earthquake. We model our preferred earthquake sources. The results show a maximum run-up of ~25 mt. The minimum run–up, coincides with a seismic source with uniform slip. This underestimates run-up by a factor of 6 at some places along the coast, showing agreement with near field run-ups calculated by Geist (2002) using a similar methodology. The tectonic setting and subsidence produced by subduction type earthquakes make Arica prone to have higher run-up in numerous scenarios. 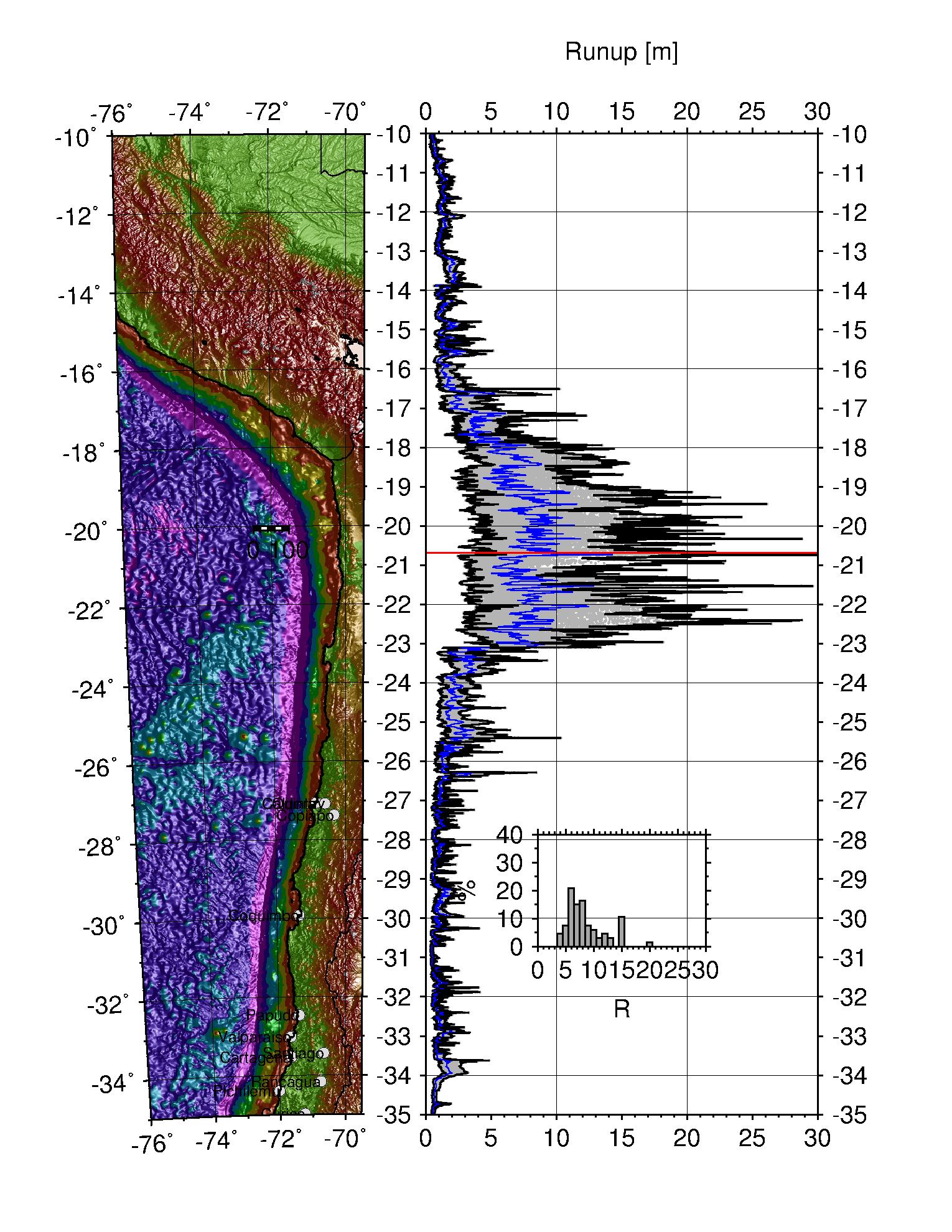