Effective climate resiliency planning at the regional level requires extensive interactive dialogue among climate scientists, emergency managers, public health officials, urban planners, social scientists, and policy makers. Engaging federal, tribal, state, local governments and private sector business and infrastructure owners/operators in defining, assessing and characterizing the impacts of extreme events allows communities to understand how different events “break the system” forcing local communities to seek support and resources from state/federal governments and/or the private sector and what actions can be taken proactively to mitigate consequences and accelerate recovery. The Washoe County Regional Resiliency Study was prepared in response to potential climate variability related impacts specific to the Northern Nevada Region. The last several decades have seen dramatic growth in the region, coupled with increased resource demands that have forced local governments to consider how those impacts will affect the region and may, in turn, impact the region’s ability to provide essential services. The Western Regional Climate Center of the Desert Research Institute provided a synthesis of climate studies with predictions regarding plausible changes in the local climate of Northern California and Nevada for the next 50 years. In general, these predictions indicate that the region’s climate is undergoing a gradual shift, which will primarily affect the frequency, amount, and form of precipitation in the Sierra Nevada and Great Basin. Changes in water availability and other extreme events may have serious and long lasting effects in the Northern Nevada Region, and create a variety of social, environmental and economic concerns. A range of extreme events were considered including Adverse Air Quality, Droughts, Floods, Heat Waves, High Wind, Structure Fires, Wildland Fires, and Major Winter Storms. Due to the complexity of our climate systems, and the difficulty in specifying how severe the climate effects may be or how those impacts compound existing hazards in the system, the Resiliency Study focused on identifying a variety of ‘no regrets’ policy options that can help the local communities anticipate, respond and recover faster and more efficiently to climate extremes. 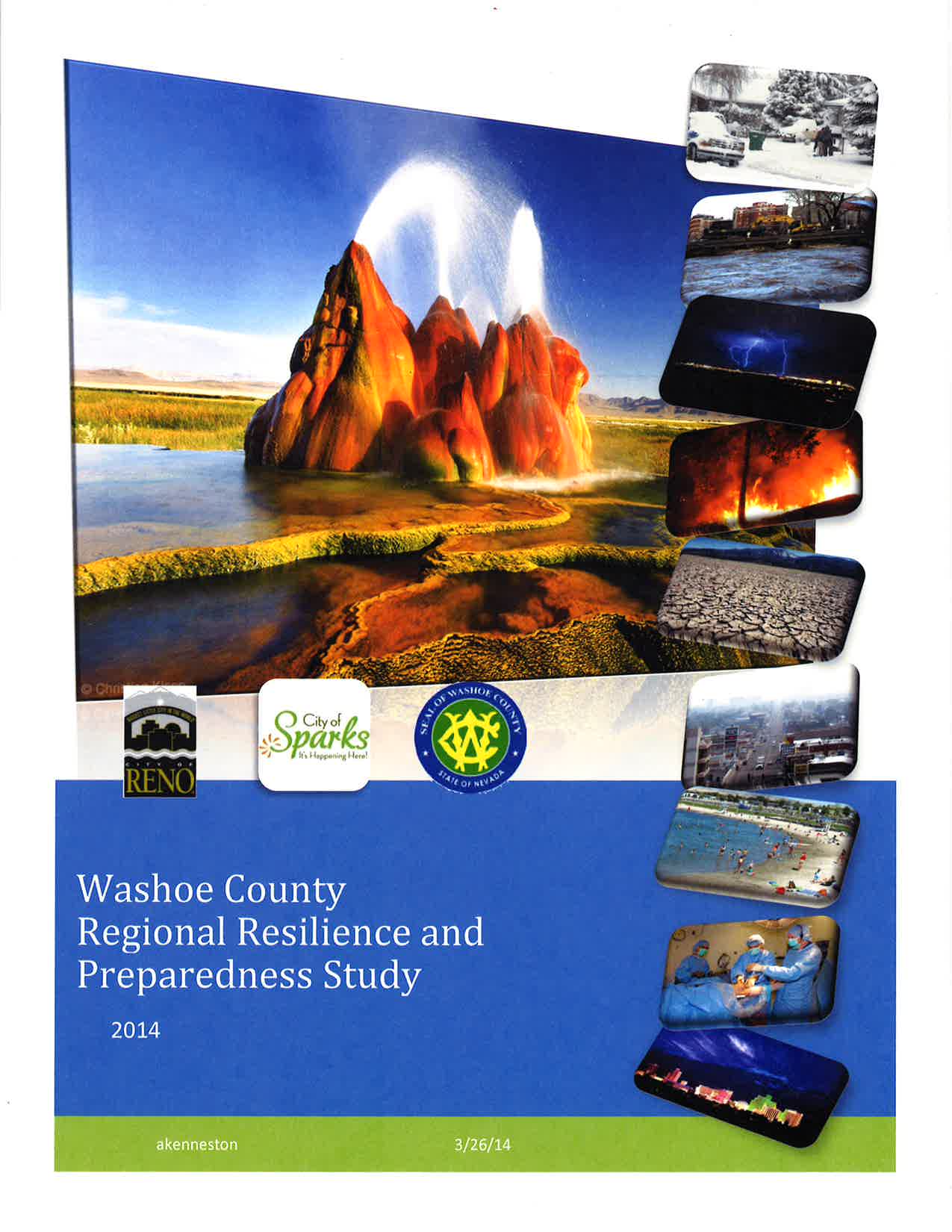