Foraminifera are popular tools for paleoceanograpic reconstructions since incorporation of numerous elements and fractionation of stable isotopes into their carbonate tests depend on environmental conditions. Their test chemistry is markedly different from that of inorganically precipitated CaCO3 (Figure), reflecting that calcification is a process under tight biological control. The cellular components responsible for calcification are only partly identified in foraminifera and include the involvement of organic templates, trans-membrane ion transporters and proton removal. Recent results have suggested that transmembrane H+ and Ca2+ transport is directly coupled and that a key feature of foraminiferal calcification is the intracellular conversion of bicarbonate into carbonate ions. Amongst others, this explains how some foraminifera are able to calcify in undersaturated seawater and may explain their moderate response to ocean acidification. Minor and trace metals incorporated into test carbonate reflect the processes involved in biomineralization and can thus be used to unravel the different factors and processes involved. Still, a more detailed understanding of the processes involved in foraminiferal calcification is needed to explain observed (inter-species) differences in partition coefficients for the incorporation of minor and trace metals and isotopic fractionation. 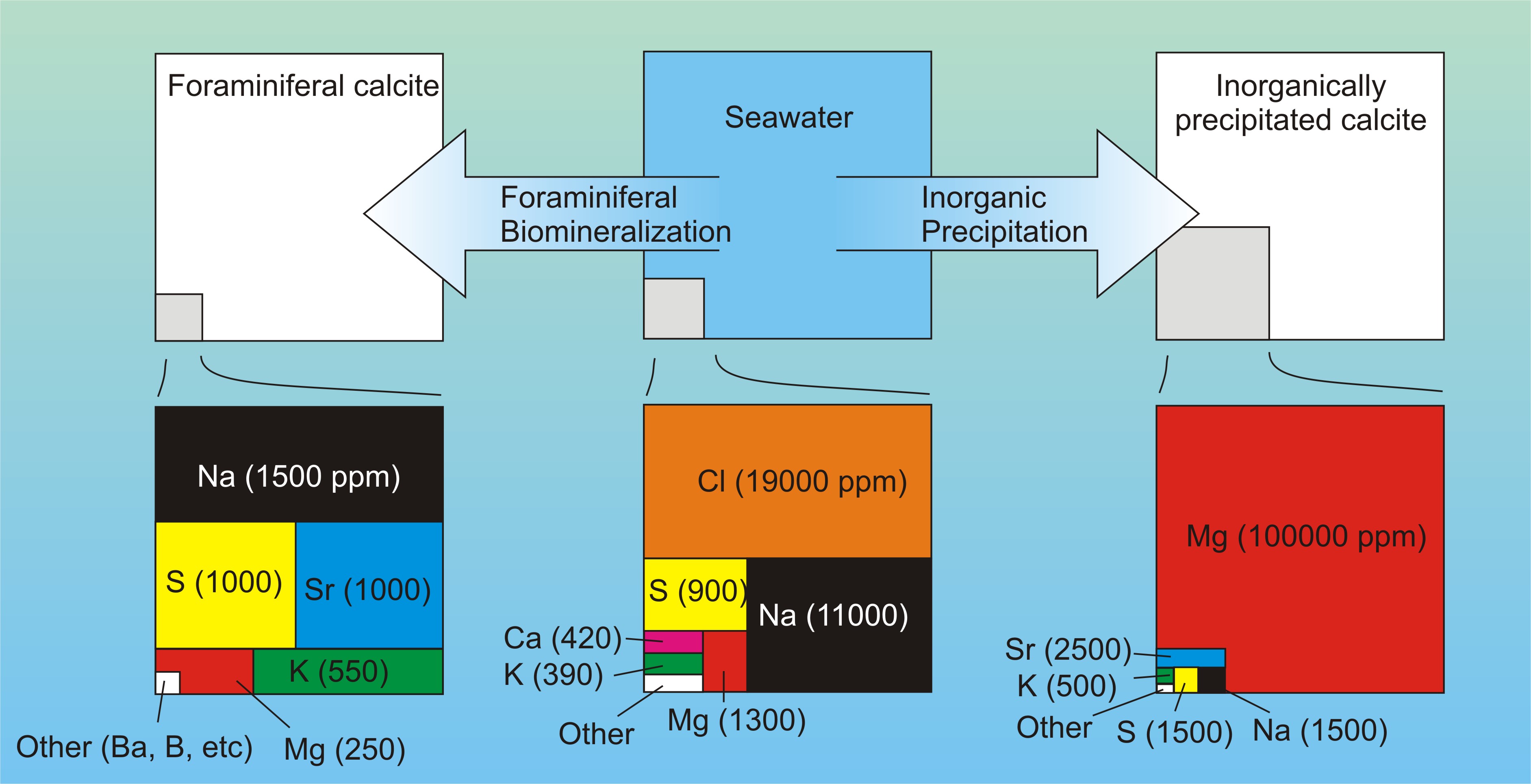