The Albanides in the Balkan Peninsula are part of the Alpine orogenic belt and host one of the most significant oil fields in SE Europe. The late Mesozoic-Cenozoic evolution of the Albanides has been strongly controlled by the relative movements of Adria or Apulia, a microcontinent with a West Gondwana affinity with respect to Eurasia. In northeastern Albania, the Internal Albanides consist of Paleozoic – Jurassic basement rocks, which involved subduction zone tectonics of the Pindos-Mirdita ocean basin. The External Albanides, on the other hand, represent a fold-and-thrust belt with deformation in a broad zone of oblique convergence. This tectonic domain is divided, from east to west, into five major structural zones: the Krasta-Cukali Zone, the Kruja Zone, the Peri-Adriatic Depression, the Ionian Zone, and the Sazani Zone, which is represented by the Apulian platform carbonates. The zone is characterized by NW-SE-running and SW-verging thrust fault systems that involve a thick series of Mesozoic – Tertiary passive margin carbonates, unconformably overlain by Oligocene clastic units. These two tectonic zones are dissected by the NE-SW-striking Vlora-Elbasan Transfer Zone, which extends eastwards into the Internal Albanides, affecting the structural architecture and the tectonic evolution of the entire mountain belt. This fault zone that has been tectonically active from the Triassic to recent have display diapiric structures along it. 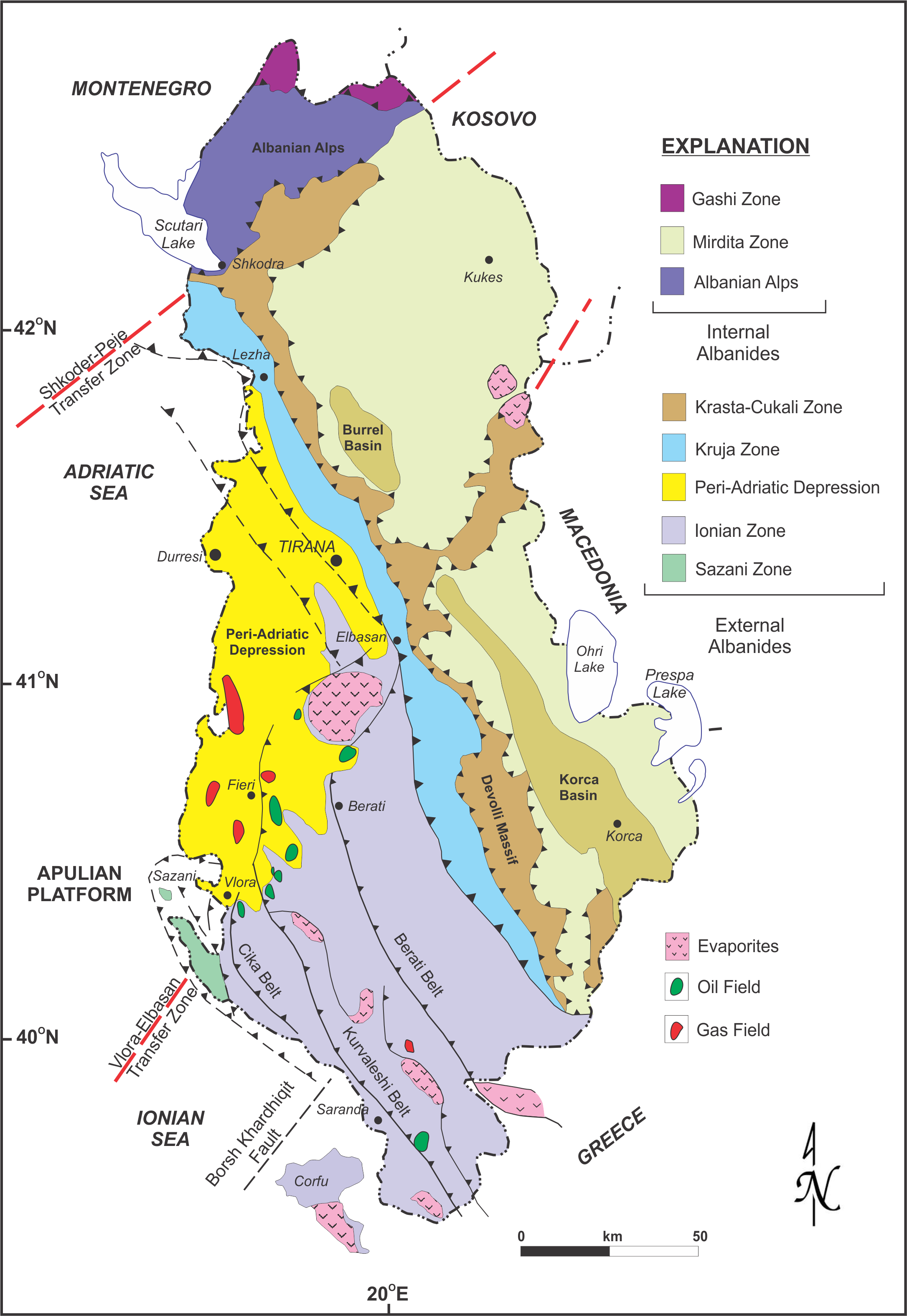