Presently there are no regional-scale morphometric analyses of Andean fluvial basins. Therefore, we created a continental-scale database of these basins. Our data covers over an area 1,000,000 km2 of the Andes, from Venezuela to Argentina. These basins are the source of some of the largest rivers in the world including the Amazon, Orinoco, Parana, and Magdalena. Morphometric parameters including shape factor, relief ratio, longitudinal profiles and different indices of basin elevation were calculated based on the CGIAR SRTM 4.1 DEM (~90 m resolution). FAO Hydrosheds were used to segment the DEM by major catchment and then manually cut at the Andean zone. In the North and Central Andes, this produced over 500,000 subcatchments, which we reduced to 619 by setting minimum catchment area to 100 km2. We then integrate lithologic data from DNPM geologic data. Our results indicate that sedimentary lithologies dominate Central Andean catchments (n=268,k=4), which cover an area 767,00 km2, while the Northern Andean catchments (covering 350,000 km2) are more varied, dominated by volcanics in the Pacific (n=78), a sedimentary (48%) dominant mix in the Caribbean (n=138) and 60% sedimentary in the Amazon-Orinoco subregion catchments (n=138). Elevation averages are smallest in the north Andes and average maximum elevations (6,026 m) in the Argentinian catchments (n=65) of the Central Andes are the highest. Shape factors range from 0.49 to 0.58 in the North and 0.52 to 0.58 in the Central Andes. There are clear differences in all categories between region and subregion, but that difference does not hinge on a single morphometric or geologic parameter. Morphometric parameters at a watershed scale (listed in Table) are analyzed and hydrologic data from gauging stations throughout the Andes (n=100) are used to compare morphometric parameters with lithology and characteristics from the basin hydrograph (peak discharge timing, minimum and maximum discharge, and runoff). 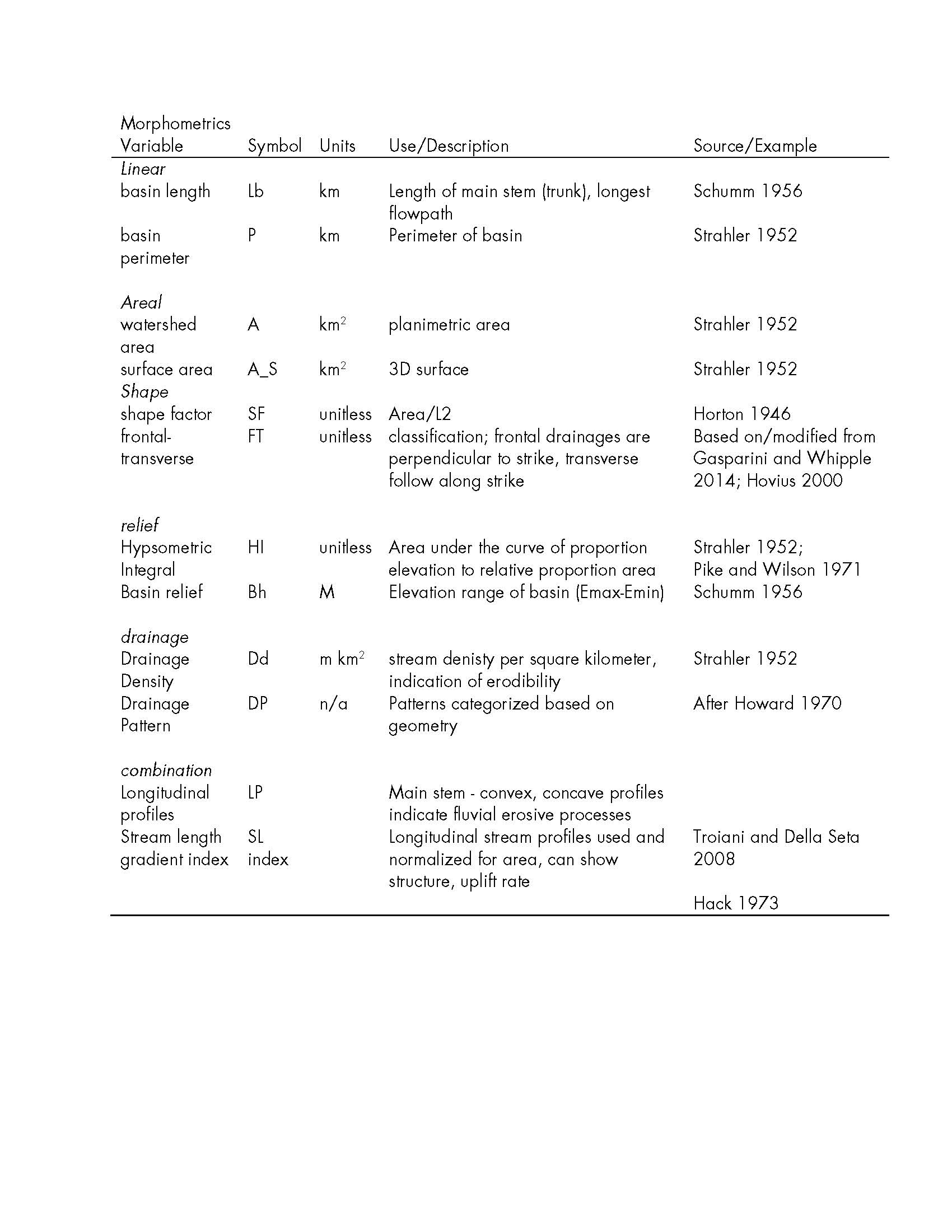