Tsunamis are a leading natural threat to coastal communities, and events such as the 2011 Japan and 2004 Indian Ocean tsunamis caused widespread, crippling damages to coastal infrastructure. Yet, these events also called attention to the role of coastal forest as sustainable mitigation against tsunami hazard. Here, we present large-scale experiments of tsunami runup and withdrawal on a steeply sloping beach in the presence of patchy forest.

The forest is modeled using 1.2-m diameter macro-roughness patches of varying resistance were constructed from staggered arrays of 2.7-cm diameter rigid cylinders. Macro-roughness patches were affixed in a staggered arrangement with mean spacing of 3.2 m between patches (Fig. 1). The basin depth and wave height at the wavemaker were 0.73 m and 0.43 m, respectively, such that a broken roller formed offshore of the still-water line.

Point measurements of velocity and flow depth were made at twenty locations using co-located acoustic Doppler velocimeters and sonic wave gauges, respectively, in order to construct a flow field in the vicinity of three macro-roughness patches. Simultaneous, high-resolution video was also collected in order to track the runup bore position in time.

The experiment findings indicate that flow interactions with the natural environment are indeed complex and that care must be exercised when considering the use of coastal forest as a tsunami bioshield. 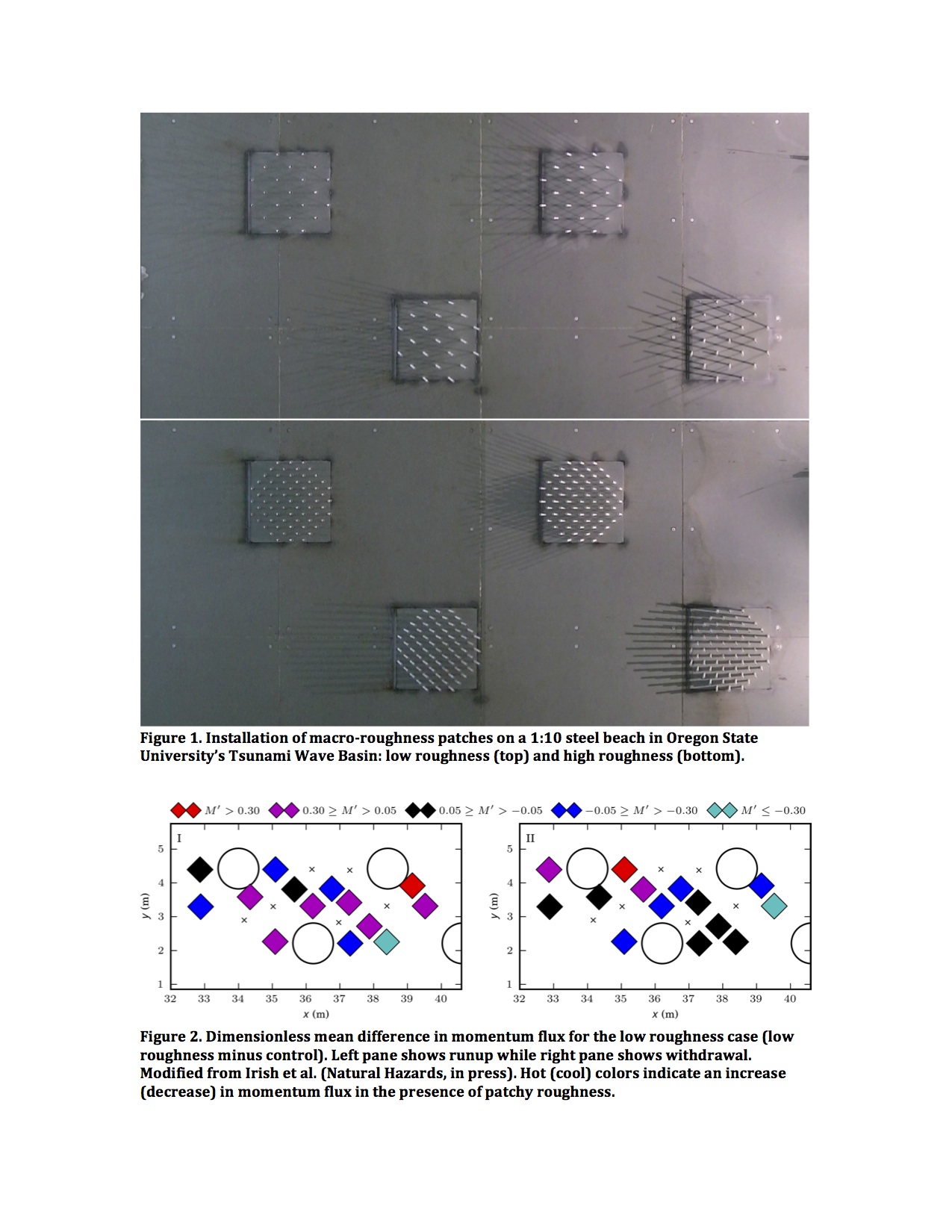