Cases of induced seismicity where the external forcing is controlled can contribute significantly to our understanding of the response of the crust to stress perturbations caused by fluid movement and the associated rupture events. In this work we analyze the 2013 September-October seismic sequence associated to the injection of natural gas into the Castor UGS, offshore Castellon, Spain, which has forced the stop of storage operations to date. The third period of gas injection was accompanied by small (M<3) and widely distributed seismic events. After injection was stopped seismic activity became more localized, eventually developing into mainshock (M~4)-aftershock sequences in early October, returning after to near-background levels. We use tools of statistical seismology to analyze the seismic sequence. Of particular interest is the application of the weighted average magnitude method, which shows escalations in average magnitude of the seismic events (or energy release of the system), which we interpret as rupture events, and which correlate with changes in injection rate. Furthermore, it shows that the system became unstable at some point during the injection, amplifying small fluctuations of the stress field, that possibly lead to the events of M~4 two weeks after the injection stopped. Using rank ordering statistics we have estimated the most probable size of the next largest earthquake, and interestingly it is just slightly larger than the largest registered to date, M=4.2. Perhaps more importantly, there might be log-periodic oscillations in the seismic moment release time series, which hopefully point to the presence of precursors prior to the M~4 events. This could be encouraging in terms of a hazard perspective as it could mean that, in some cases, there might be windows of detection prior to main events. 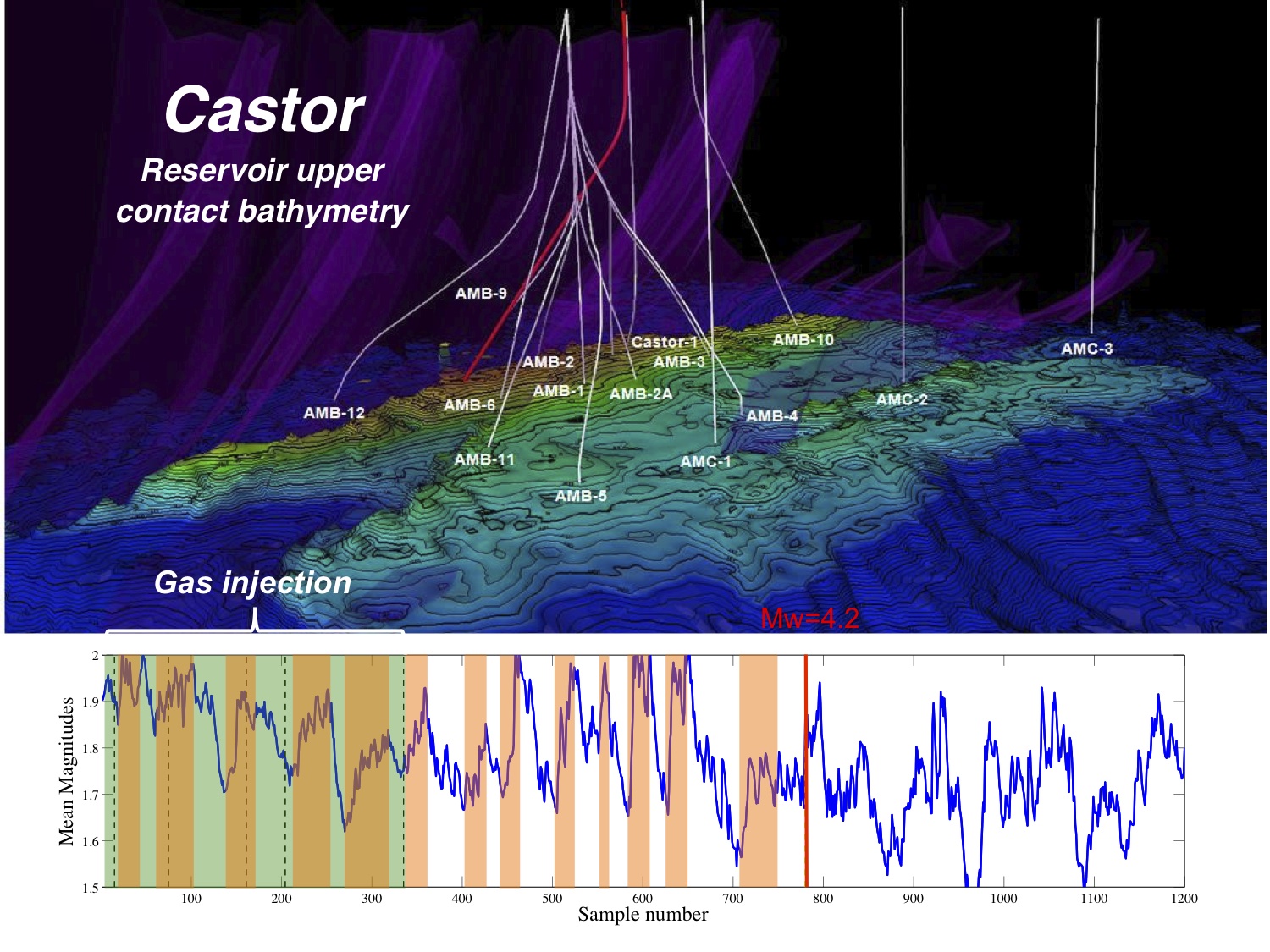