Among all OA factors, BBOA was most consistently associated with ROS, with the highest intrinsic DTT activity of 151±20 pmol/min/μg. The water-soluble bioavailable fraction of BBOA-DTT activity is 2-3 times higher than the reported total-DTT activity of diesel exhaust particles. The total contribution of various aerosol sources to the ROS generating potential was also determined by the positive matrix factorization approach. Interestingly, biomass burning appears as the strongest source of ROS generation, with its annual contribution of 35 % to DTT activity; the contribution was higher in winter (47 %), than summer (24 %) and fall (17 %) seasons. The good agreement between the hydrophobic DTT activity with that estimated from the summed OA components, indicates that humic-like substances (HULIS), which are abundantly emitted in biomass burning is the most important class of organic compounds associated with ROS-generation. Collectively, these results imply that biomass burning emissions is a potentially serious health hazard, as they tend to be widespread, unregulated and likely to rise in future. 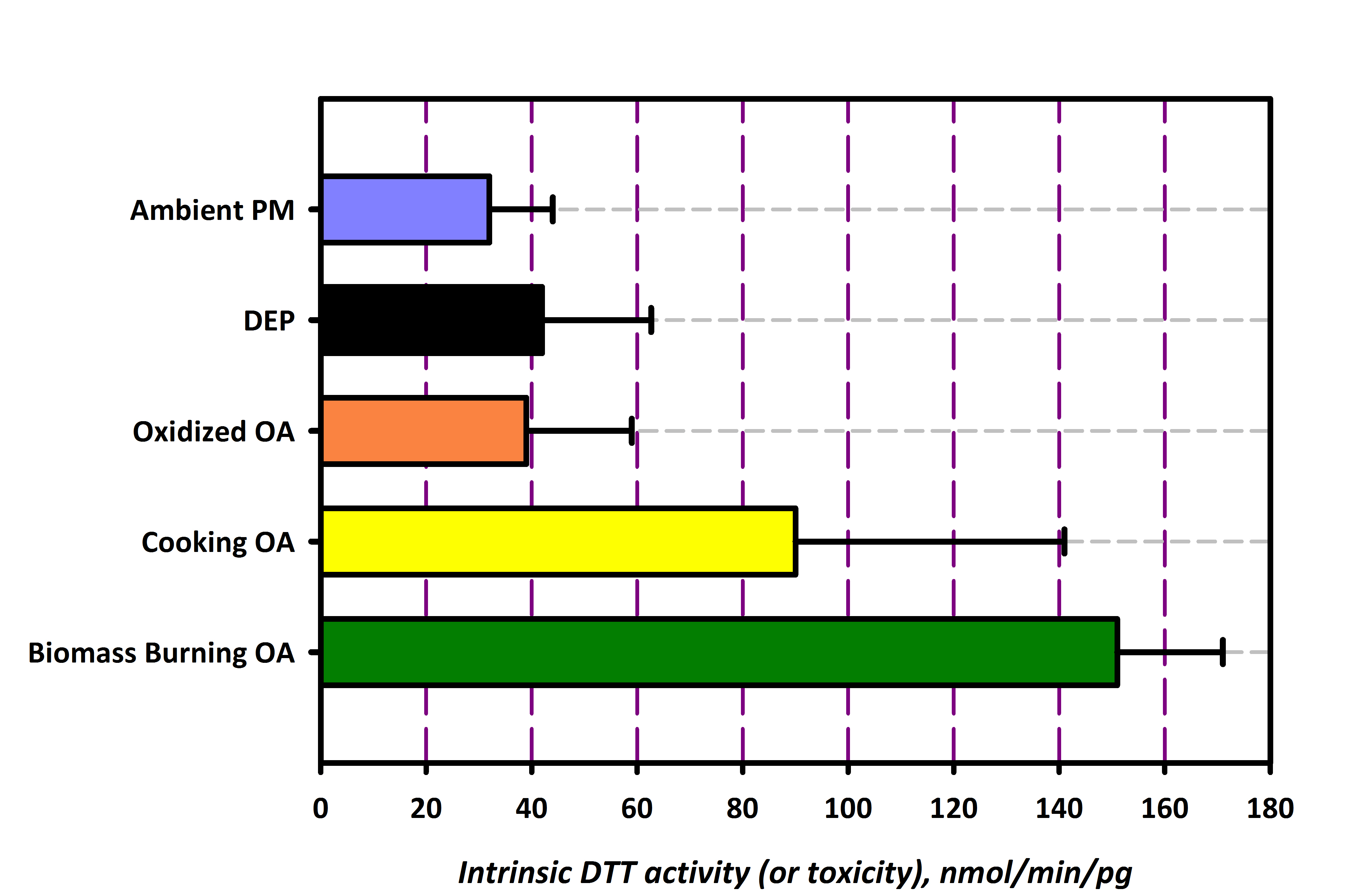