The use of water level oscillations driven by earth tides is a technique which has been used to infer rock properties such as permeability and storage at the field scale. The tidal method is attractive because it provides passively estimated permeability time series, allows identification of dynamic changes over time, and measures a hard to access scale ranging from a meters to tens of meters. It consists of computing the phase shift between tidally induced water level changes measured in boreholes, and theoretical earth tide strains. This leads to an estimate of the transmissivity, from which permeability can be deduced. To our knowledge, it has not been compared to standard method, such as pumping test analysis.
In this work, water level data monitored before, during, and after two constant rate pumping tests performed in a shallow fractured aquifer were used, at the Santa Susana Field Site in Southern California. The two tests were one to five months long, the recordings lasting approximately 6 months. Tidal frequency oscillations appearing in the measurements were used to get permeability at thirteen locations, some of the wells providing several isolated open screened intervals at depth. As a comparison, permeabilities were also estimated from the fit of two aquifer tests at both early and late stages, using Theis solution (Gringarten solution gives similar results). The simple Theis solution is selected because it includes assumptions consistent with the assumptions in the isotropic and homogeneous tidal solution. The values obtained from both methods are consistent. No significant relation between permeability and faults located in the vicinity of the wells was identified, however, we do observe some variations at depth. Furthermore, some variability is observed in permeability time series during the pumping phases. This study shows that tidal responses lead to a passive and accurate capture of the shallow aquifer properties. 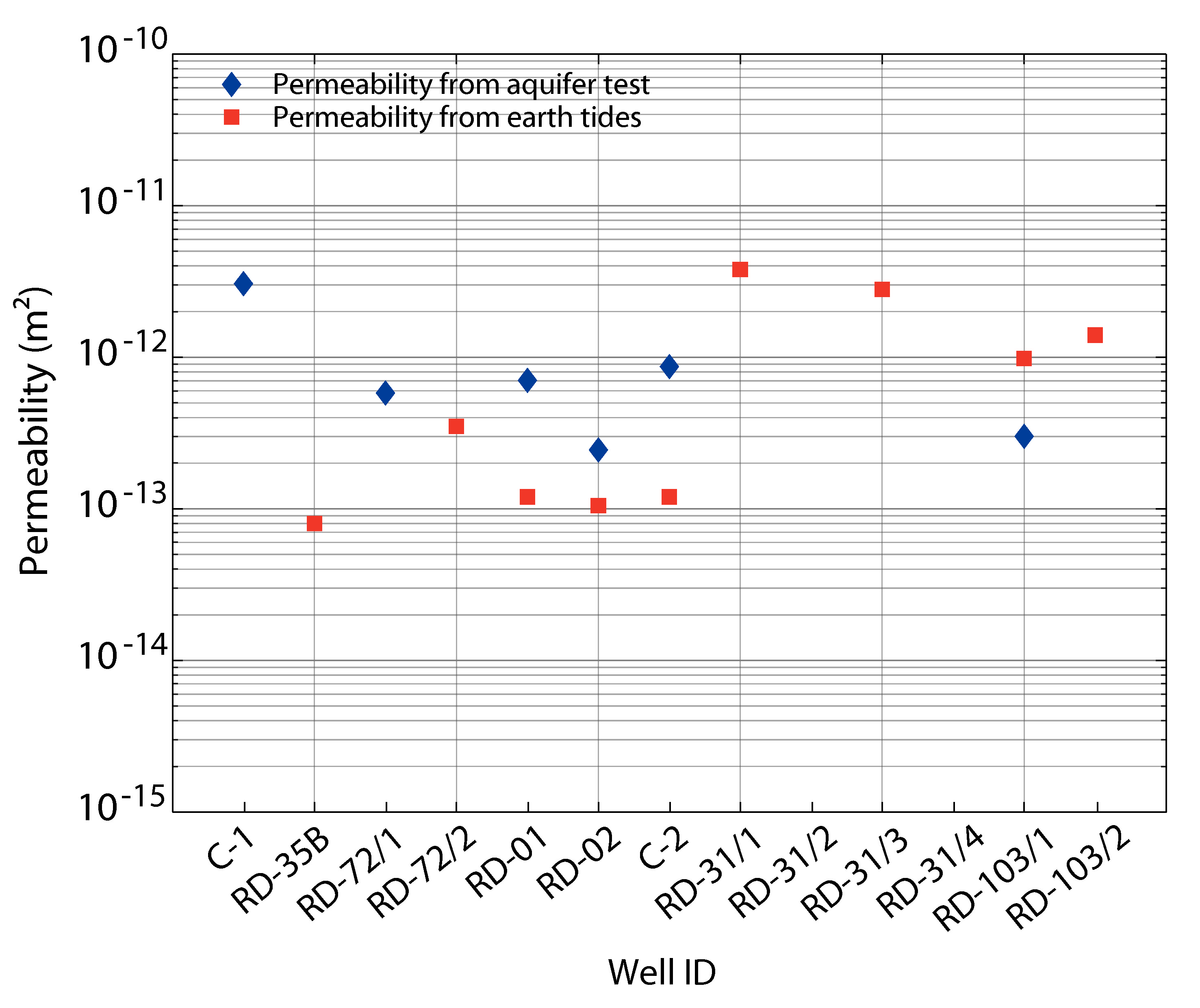