Increased streamflow in many southern and west-central Minnesota rivers in recent decades has contributed to higher rates of streambank erosion. Some rivers in the region have experienced a doubling of mean annual flow in the past 30 years, yet the relative importance of changes in climate and land-use, and increases in sub-surface drainage to these flow increases is undetermined. We used oxygen and hydrogen isotopes, specific conductivity, nutrient ratios from riparian zone wells, stream erosion measurements and groundwater seepage surveys to assess the sources of water contributing to streamflow, the mechanisms of streambank collapse and the spatial distribution of streambank collapse in the main channels of three rural Minnesota watersheds. By volume most of the water in these streams is sourced from sub-surface drainage. Surface runoff events are rare and concentrated in the spring and fall. Fluvial erosion undercuts the toe of banks during high flow, thus decreasing bank stability, which then leads to a mass collapse after the hydrograph recedes. While most erosion occurs at high flow events, subsurface drainage may add to the peak of high streamflow events by increasing the initial stage of the hydrograph, particularly in the spring months of April-June. Monitoring wells within the riparian zone of two streams in west-central Minnesota showed that reaches of the streams may be gaining or losing depending on season and water stage. Loss of water to streambank storage may be substantial in regions with intermittent flow and permeable streambanks in late summer to fall. Groundwater seepage was very sporadic longitudinally and laterally along the study rivers yet is important for aquatic life health. Seepage occurred primarily low in the soil profile and was not a major contributor to mass wasting of banks, though it is thought to be a bigger factor in ravine and bluff erosion where different strata are exposed. The study points to the dynamic nature of riparian zone hydrologic dynamics both spatially and temporally within rivers of the region. Further research into the processes discussed here is needed to better understand riparian zone hydrology and management issues in streams of the north-central U.S. that border on the semi-arid climate zone. 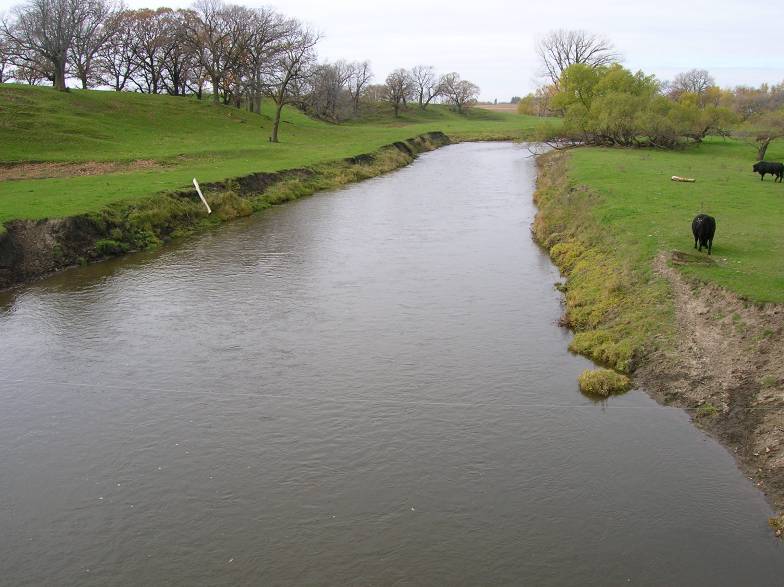