The knowledge of stress field is fundamental not only to understand driving forces and plate deformation but also in the study of intraplate seismicity. In Brazil, the stress field has been determined mainly using focal mechanisms and a breakout data and in-situ measurements. However, the stress field still is poorly known in Brazil.

We show a recent compilation of focal mechanism determined in Brazil (Fig 1). The focal mechanisms of some recent earthquakes (magnitude lower than 5 mb) were studied using waveform modeling. We stacked the record of several teleseismic stations (> 30°) with a good signal/noise ratio and we grouped then according to distance and azimuth.

With the focal mechanisms available in literature and those obtained in this work, we were able to identify some patterns: the central region shows compressional pattern (E-W SHmax), which is predicted by regional theoretical models ( Coblentz & Richardson, 1996 and the TD0 model of Lithgow & Bertelloni, 2004). This compression is mainly due to the interaction of tectonic plate forces.

Meanwhile in the Amazon region, we find an indication of SHMax oriented in the SE-NW direction, probably caused by the Caribbean plate interaction (Meijer, 1995) and Amazon Fan, we have flexural stresses caused by sedimentary load with is in agreement with local theoretical models (Watts et al., 2009) . In northern coastal region, the compression rotates following the coastline, which indicates an important local component related to spreading effects at the continental/oceanic transition (Assumpção, 1998).

We determine the focal mechanism of several events in Brazil using different techniques according to the available data. The major difficulty is to determine focal mechanism of low magnitudes events (< 5.0 mb) using distant or few seismograph stations. We find examples of stress perturbations induced by local effects (e.g. flexure and continental spreading). The results of this work should be useful for future numerical modeling of global/regional intraplate stress field. 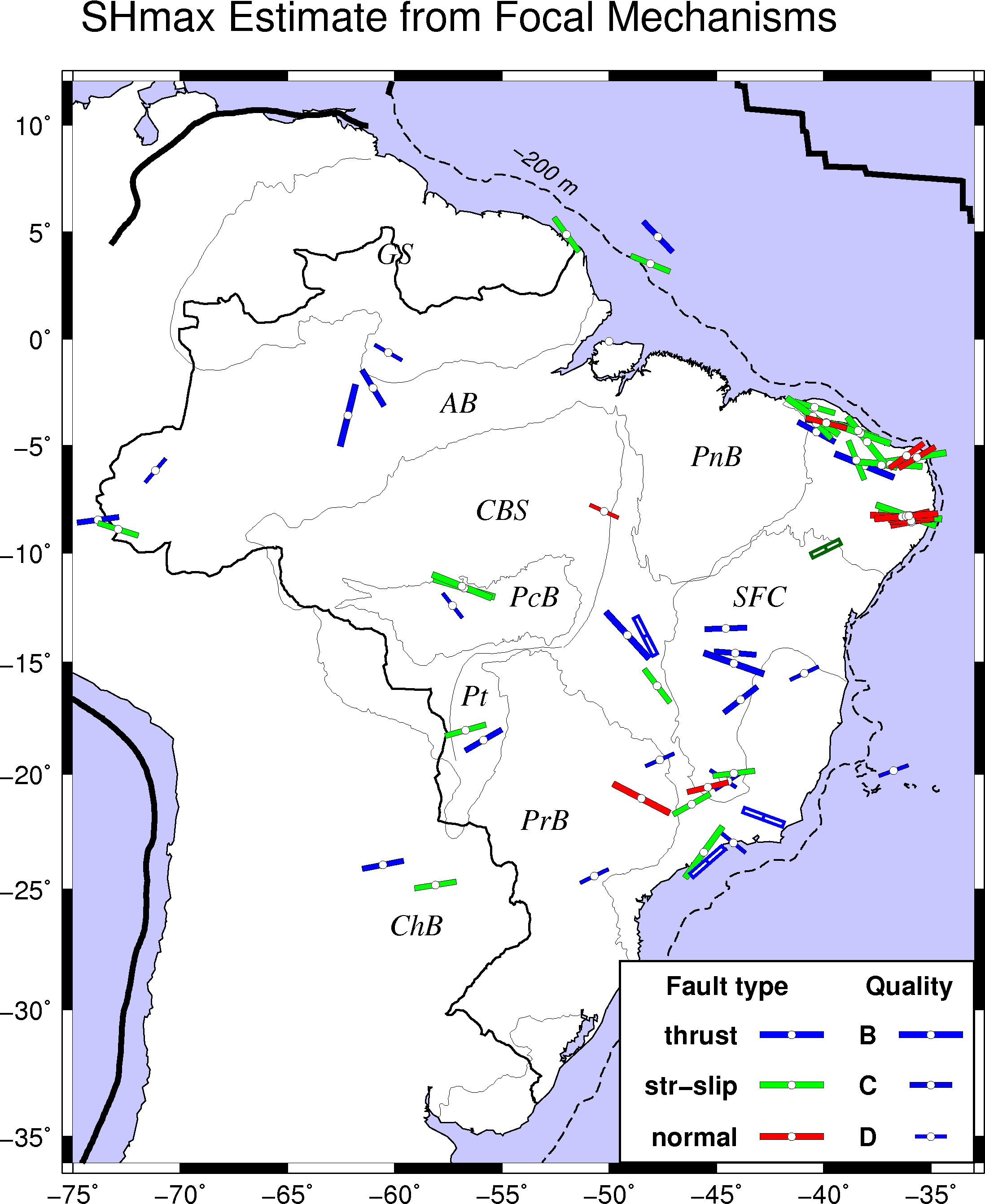