The 9.1 Mw Great Sumatra Earthquake of Dec. 26, 2004, generated the most destructive tsunami in history killing 227,000 people along Indian Ocean coastlines and was recorded by sea-level instruments world-wide.
This tragedy showed the Indian Ocean needed a tsunami warning system to prevent another tragedy on this scale. The Great Sumatra Earthquake also highlighted the need for tsunami warning systems in other ocean basins. Instruments for recording earthquakes and sea-level data useful for tsunami monitoring did not exist outside of the Pacific Ocean in 2004. Seismometers were few in number, and even fewer were high-quality long period broadband instruments. Nor was much of their data made available to the US tsunami warning centers (TWCs). In 2004 the US TWCs relied exclusively on instrumentation provided and maintained by IRIS and the USGS for areas outside of the Pacific.
Since 2004, the US TWCs and their partners have made substantial improvements to seismic and sea-level monitoring networks with the addition of new and better instruments, densification of existing networks, better communications infrastructure, and improved data sharing among tsunami warning centers. In particular, the number of sea-level stations transmitting data in near real-time and the amount of seismic data available to the tsunami warning centers has more than tripled. The DART network that consisted of a half-dozen Pacific stations in 2004 now totals nearly 60 stations worldwide.
Earthquake and tsunami science has progressed as well. It took nearly three weeks to obtain the first reliable estimates of the 2004 Sumatra Earthquake’s magnitude. Today, thanks to improved seismic networks and modern computing power, TWCs use the W-phase seismic moment method to determine accurate earthquake magnitudes and focal mechanisms for great earthquakes within 25 minutes. TWC scientists have also leveraged these modern computers to generate tsunami forecasts in a matter of minutes.
Progress towards a global tsunami warning system has been substantial and today fully-functioning TWCs protect most of the world’s coastlines. These improvements have also led to a substantial reduction of time required by the TWCs to detect, locate, and assess the tsunami threat from earthquakes occurring worldwide. 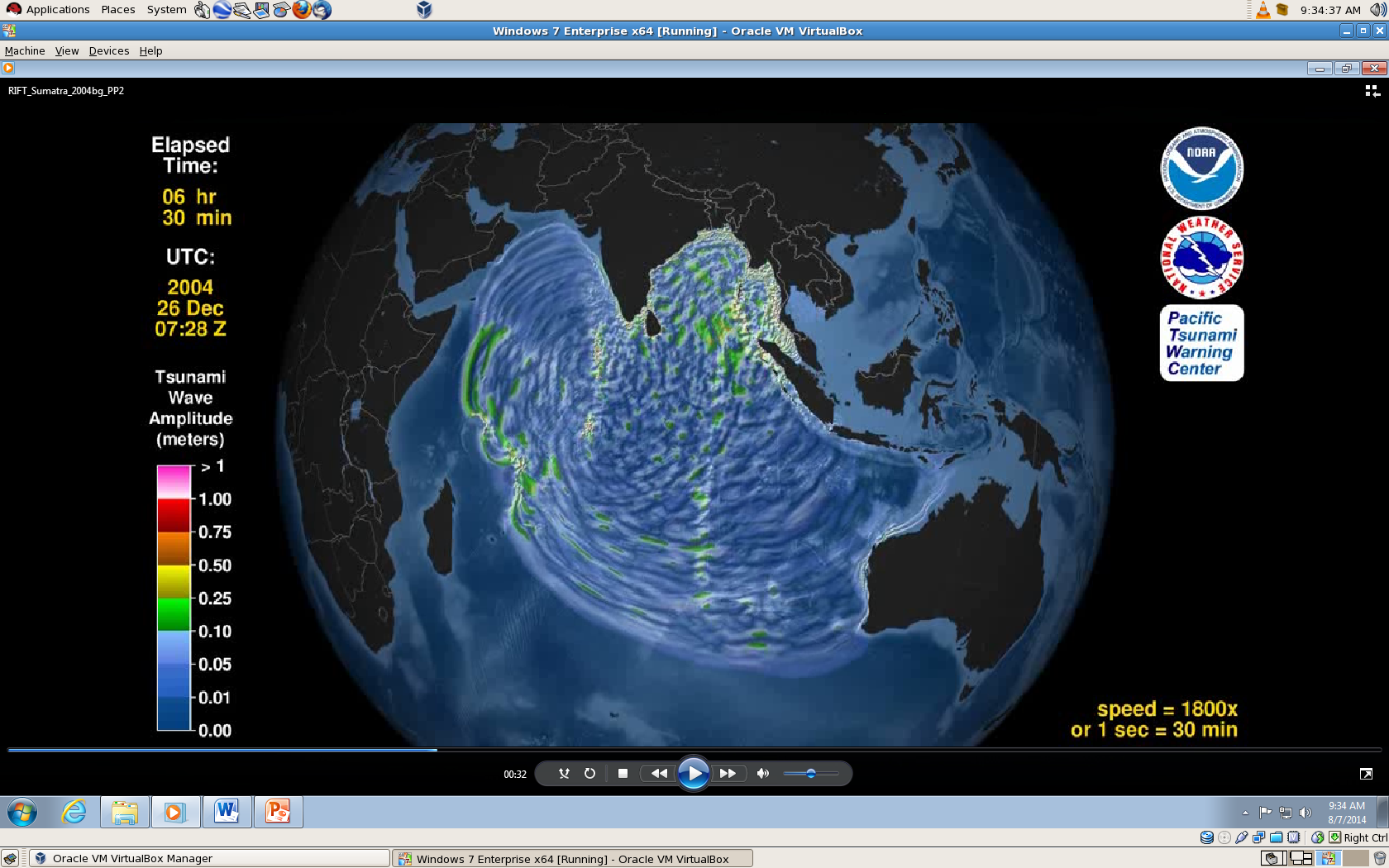