Existing facies models of submarine lobes suggest a thick, sand-rich proximal and axial part and thin, muddy distal and lateral fringes. This model was developed from observations in many areas where turbidity flows encounter a decrease in slope and collapse, depositing sand proximally and mud distally. This facies model is commonly used to explain stacking patterns encountered in outcrops and wellbores as well as to build reservoir models of lobe deposits.

A submarine lobe on the modern seafloor of the western Niger Delta slope imaged with three-dimensional seismic data and sampled with 28 piston cores suggests that the traditional lobe facies model is not applicable. Fed by a single channel, the roughly symmetrical (9 km x 8 km) sand body occurs on a low gradient ‘step’ on the slope. The feeder channel ends abruptly at the apex of the lobe as the gradient decreases, and the lobe is not channelized. Seismic amplitudes are high across the lobe, and piston cores validate that these amplitudes correspond to sand. There is no significant change in sand percentage across the lobe, either parallel to or across flow direction. Bed thickness and grain size data do not show a decreasing trend downdip or laterally from the feeder channel. Radiocarbon age dating demonstrates bed-scale compensation across the lobe, with progressively younger turbidite sand beds stepping from north to south during a 2,000 year time interval (15,000-13,000 years before present) before lobe abandonment at 12,000 years before present. This progressive compensation, however, does not result in any facies change or any channelization on the lobe. At the downdip edge of the lobe, steeper gradients led to the development of a knickpoint and associated channel that continues downslope.

The even sand distribution, lack of channelization, and downdip knickpoint suggest that the depositing turbidity flows must have been much larger than the accommodation, leading to sand deposition across the entire lobe and significant bypass downslope. The facies patterns seen in this lobe indicates that existing facies models for lobes are not ubiquitously valid and should be applied with caution, particularly in topographically complex settings and areas where flows are suspected to be large relative to the size of the receiving accommodation. 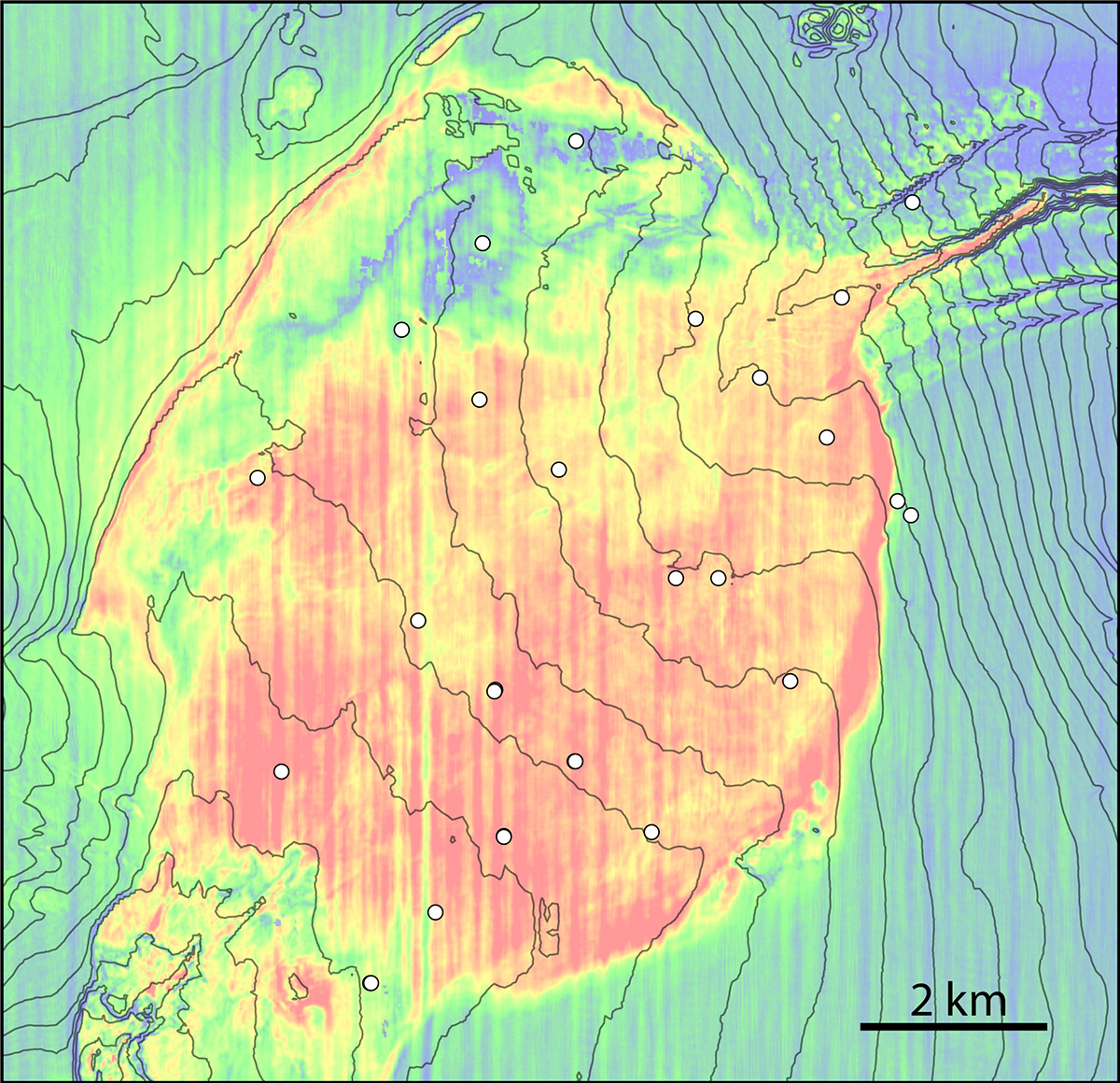